Unbeknownst to many, there are four elements of projectile based murder: Rapid fire, Burst shot, Splosion makers, and Lasers. Circuit Breakers, an arcade score attack shooter, understands this. Even if it doesn’t understand some other things. 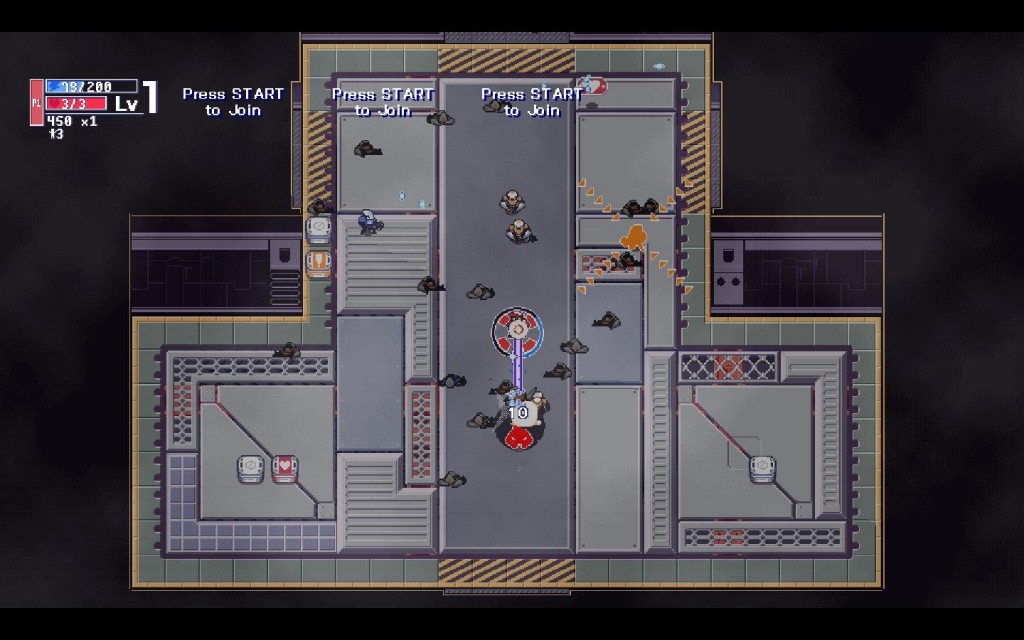 So, I’m going to ask you, the reader, how much you like 80s buttrock (You know, the kind of thing that wouldn’t be out of place in a Sonic game or an 80s teenage hijinks movie.) Because if you don’t subscribe to the church of BIG HAIR, the music is going to annoy the hell out of you. Fortunately for me, I ooze Glam, which is close enough to count. In any case, the game’s idea is pretty simple: Pick one of four characters, each specialising in one of the four elements of murder (Machine Gun, Shotgun, Missile Launcher, and Laser), murder everything in a room while not getting hit, move on to the next, rinse and repeat with the occasional Big Boss thrown in.

Of course, it’s not quite that simple, for two reasons. First, weapon upgrades are tied to an energy mechanic: Short, controlled bursts, or you’re going to be staying with the level 1 whatever-the-hell you picked. I’ve had the best luck with Samson (The rocket-man), but after room 4 or 5 it gets a little tough not to just go hog-wild. Conversely, the hardest time I had was with Tay, whose powerful shots still require you to line folks up before firing if you want her weapon upgraded to its fullest destructive potential. 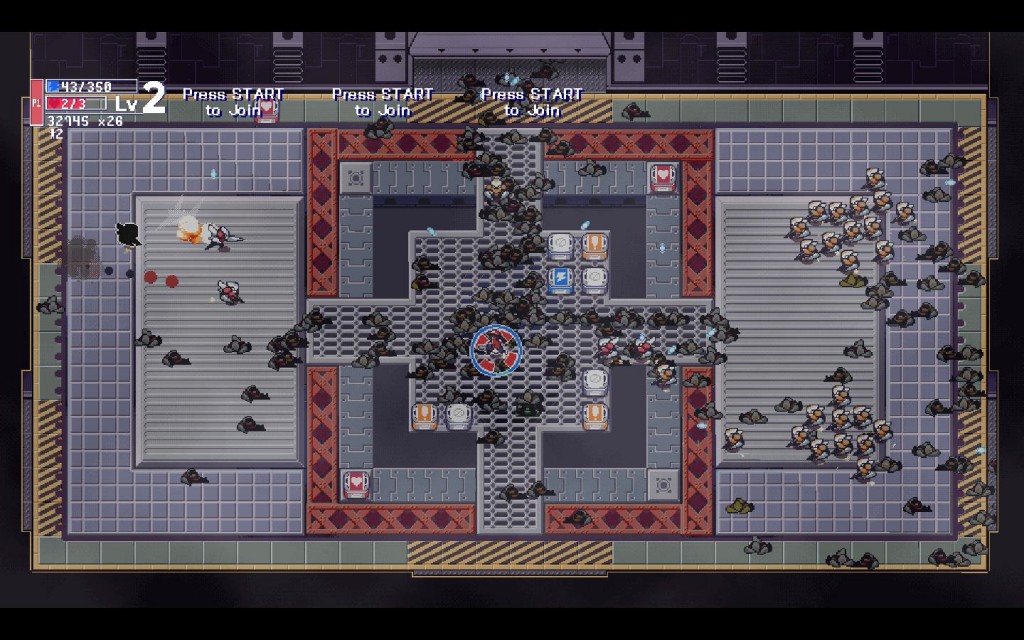 …Then it starts ramping up.

The other thing is the base key bindings. Being a twin stick shooter, it’s perfectly sensible to have WASD and arrows as moving and shooting respectively, but… E is ‘accept menu choice’ , Q is back, and Enter is start and… Look, the bindings don’t make a whole lot of sense beyond the basics. They’re rebindable, and the game is just as enjoyable on keyboard as it is on gamepad, but it is a strange decision. Finally, there’s some minor readability issues with some rooms that mean you can’t clearly see the pits of “Can’t walk here” when things get hot and heavy (Most noticable in Score Attack)

Apart from that, it’s a workhorse of well worn design… Simple AI, relatively simple rules, simple unlocks, and nothing more complicated than score attack, with potentially memorisable enemy patterns, different approaches depending on your character chosen, and a fair variety of enemies and bosses. Of course, it’s a tough game, but considering how easy it is to get back in, I don’t really find it annoying, and I can quite clearly see how it’s my fault when I die. A good example of this is my playstyle with Tay. 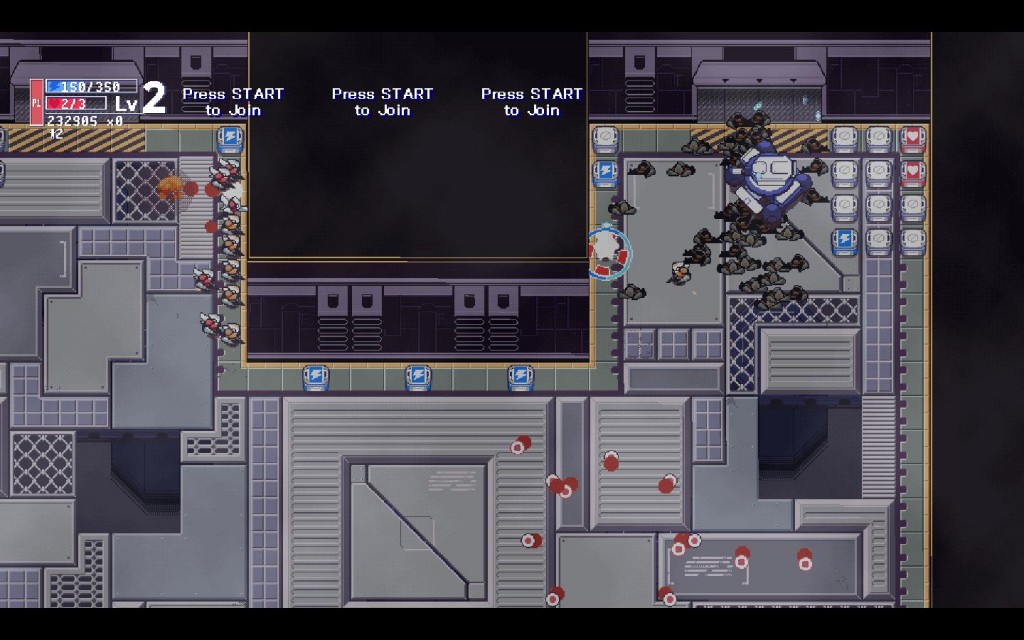 “Okay, wait for them to line up, I want those bonus Energium chunks so I can murder better, and… Hey, wait, those guys spawned behind me? Crap, change appr-OW. Okay, still got this, I still got this, there, loads of peopl-OW, how was that guy not? Oh, he was slightly below the laser, sod, I can stil-OW… Welp, new life time!”

So, apart from the keyboard binding being a little odd, it seems like it does exactly what it sets out to do, and the difficulty means that yes, if you don’t get frustrated by not getting past Room X, it seems like the enjoyment is worth the £6 that’s being asked here. It’s very specifically aimed at fans of swarm shooters like Robotron or Smash TV, and probably won’t interest anyone who isn’t into topdown shooters for very long. It should also be mentioned that, at the time of writing, Circuit Breakers has a competition for a specially designed arcade cab with Circuit Breakers on it (and Steam), and it’s pretty simple to enter.

Obviously, being a member of the press, I haven’t. But you definitely can. 🙂

The Mad Welshman ran pell-mell through the house, seeking, searching, destroying. Why were these robots around? And where the hell had his coffee gone? He had the feeling the answers had to be related.