It has always been the position of TMW that experimentation is good. It’s good to try new things, because by trying new things, exploring new possibilities, games as a whole improve. Unfortunately, while Midboss experiments, it also falls prey to the problems of genre past, and feels somewhat humdrum and unfriendly as a result. Let’s unpack that.

The game, essentially, is a turn based dungeon hack, where you play that most maligned of any Dungeon Lord’s denizens, the humble Imp. Except the Imp, rather annoyed at being the punching bag of all those skeletons and zombies, decides to finally use its power of possessing creatures to work its way up the hierarchy. Viva La Impvolution! 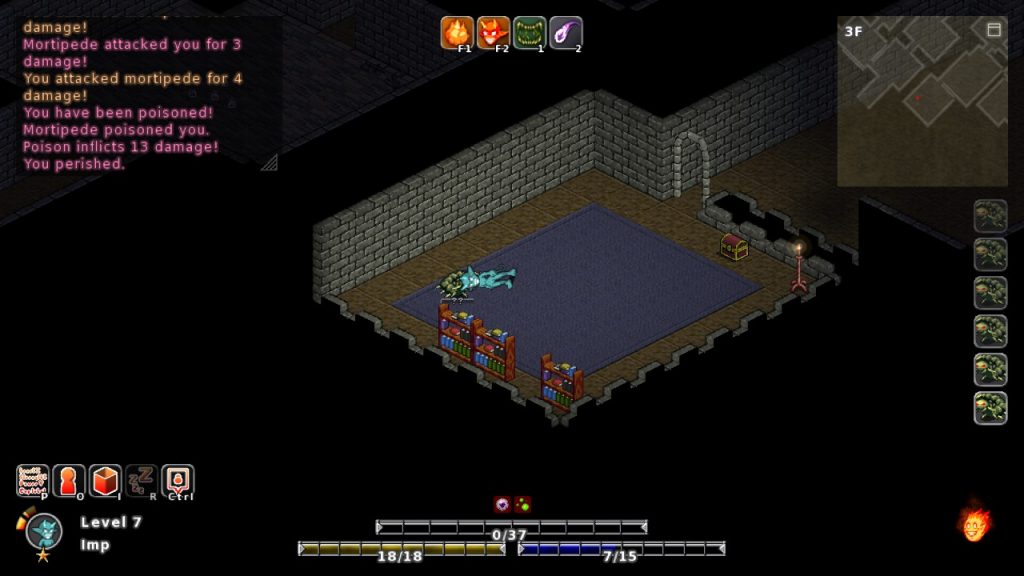 Alas, La Impvolution often ends quite quickly. Imps are not the beefiest revolutionaries.

And this, in the end, is its core gimmick. You have an ability in Imp Form, to mark an enemy for possession. Kill it, and you become it. Kill other creatures with it, and you unlock its powers. You then have the option of using those powers in imp form, and, if you’ve got all the skills, mastering the form, you can also gain their stats. It’s clever, it’s understated, and that understatement, along with the unfriendliness of the traditional roguelike, forms the main problems.

Yes, it’s nice to be a high damage skellington, for example. But animations are light on the ground, so combat is mostly “Bash self into enemy, numbers happen, enemy bashes itself into you, numbers happen.” It is more involved than that (Speed factors into how many turns you get to move and hit people versus them hitting you and moving, for example), but it rarely feels more involved than that. Similarly, you hit crates, cratefish (Normally a subject for a joke, but here, it’s just A Thing That Happens), yarn, and maybe items pop out. The items, except for potions, blend somewhat into the floor, it’s not always clear what kind of item they are due to this colourblind unfriendly problem, and, of course, in roguelike fashion, you don’t know what they are until you pick them up. 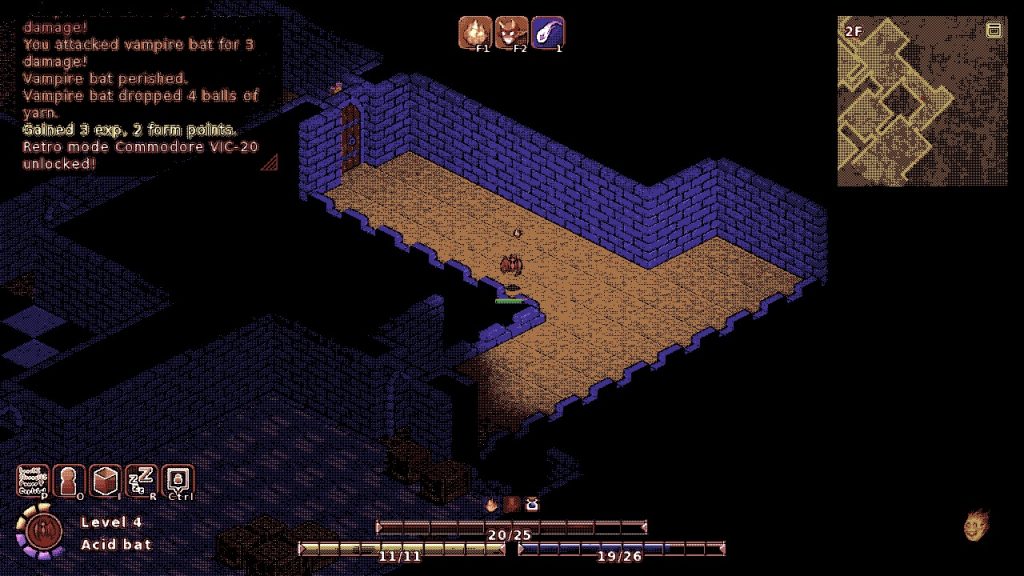 The game has “Retro modes” , shaders that appear mostly accurate to older graphical modes. Here’s the VIC-20, one of the *less* eye-searing ones.

There is a lot of vendor trash, so improving yourself equipment wise becomes an exercise in tedium, itself not helped by the fact that there is, as far as I am aware, one vendor, who is a cat, and may exist on any given dungeon level. See, again, potentially interesting and amusing thing, made humdrum. They accept balls of yarn as currency, and, for some reason, this Dungeon Lord keeps lots of bundles of yarn. No, I don’t particularly know either. There’s one kind of scroll that I’ve seen (Identify), a variety of potions, and skill/spell books, which let you use abilities without having the form equipped (A limited number of times.)

Even with the turn based nature of the game, odds are high you’ll forget that you can go into your inventory, right click a book or a potion, and lo, your odds of survival/damage/stunning/whatnots have improved… Because yes, you have to do this.

There are some nice touches to this game, don’t get me wrong. When you equip a form on top of another form, your palette changes to reflect this (So a vampire bat/skellington is a red skeleton, while a lightning bat/skellington is pale blue), and there are unlockable “Retro Modes”, basically palette accurate shaders of days gone by, from the eye-searing CGA palette (Pictured), to the more reasonable tones of the VIC-20 or C64. They don’t help the colour blind problems of the game (In fact, CGA makes it worse, because CGA was always a fucking terrible video mode), but they are somewhat nice. 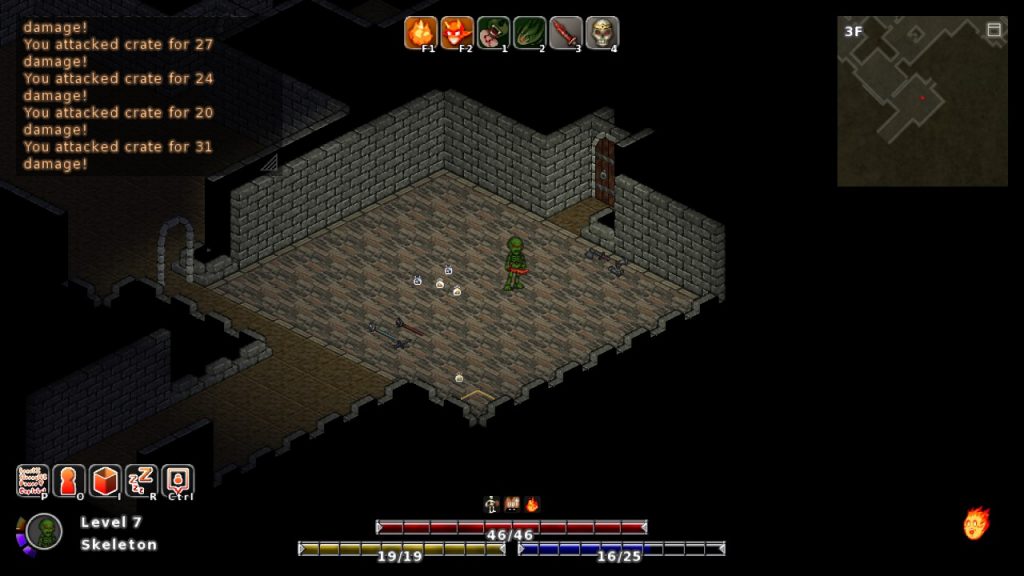 When the majority of items are vendor trash, and there is only one vendor… Problems arise.

Overall, though, Midboss places me in an awkward spot. It’s not quite friendly enough to be a starter for folks wanting to get into Roguelikes, beyond its core gimmick, it isn’t quite interesting enough to recommend to Roguelike fans looking for something new… I could maybe recommend it to folks looking at game design and gimmicks that change gameplay, but otherwise… It just doesn’t really seem to get me going, and I don’t feel like I’m doing more than going through the motions when playing.

The Mad Welshman sighed as he watched the Imp. Soon, he would have to reveal himself, and he was getting really tired of saying “Yes! I WAS that sheep!”