When it first came out, Academagia wowed people in the lifesim world with ripping yarns about life in a magical school. Now, the Steam version of Year 1 has hit, and the question has to be asked: How the heck is it?

Well, let’s get a thing out of the way first: If you do not like reading, then Academagia is not for you. Reading is, in fact, the majority of what you do in Academagia. And when you aren’t reading, you’re thinking of ways to have adventures while not skipping class, or what the heck to do. Because there’s a lot to explore, and considering a single playthrough can easily take a night away, it can at first be difficult to get into. It is not, it must be said, a terribly friendly game in a sense, as, while the character creation tries to explain things, it can often involve going back and forth between elements before finalising your character. 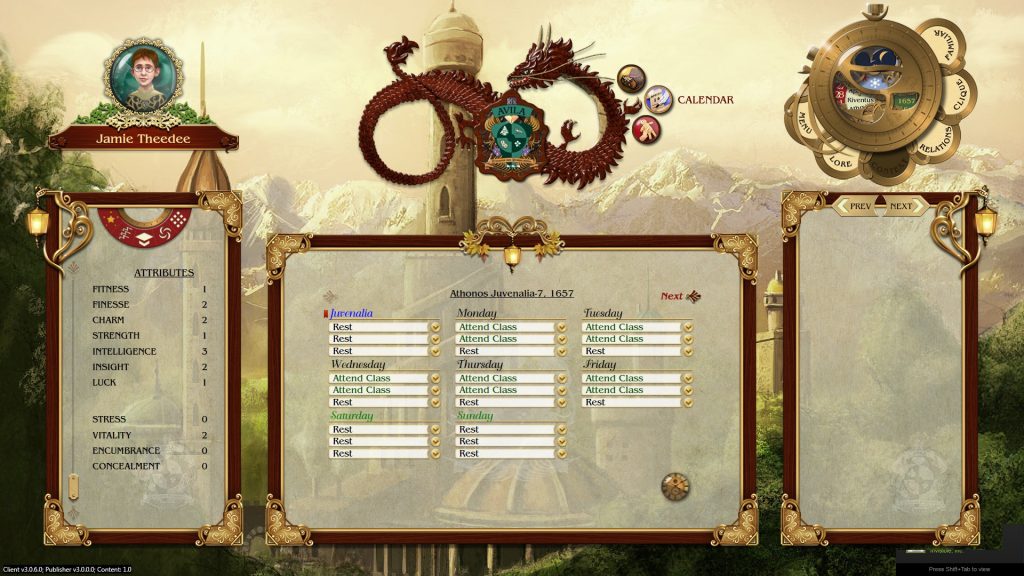 So this review is going to take the form of advice, if you like reading, how Academagia can be played a little more enjoyably.

Firstly, yes, you can go back and forth on character creation steps. You have points to spend on backgrounds and things, but you can go right back to stats if ideas present themselves. I often go for the Gift of Libraries, because I’m a swotty swot wot swots n wots, but you can be the child of a pirate, an athletic nobleman, the school gossip… There’s a lot of options, and at first it may seem like a mountain. Pick a path, get comfortable with it.

Read what things do as soon as you know about them. Academic success, for example, isn’t always dictated by the subject, but also by general exam discipline, knowledge in a secondary subject (Forging things, for example, is considered useful by Enchanters), and, of course, the odd spell to help you bone up.

The Steam version lets you resize and move panels. This is not advertised, but can be incredibly useful, especially when your specific resolution means that occasionally, it looks like you have a 0 in a subject, when actually, you’ve maxed it out. 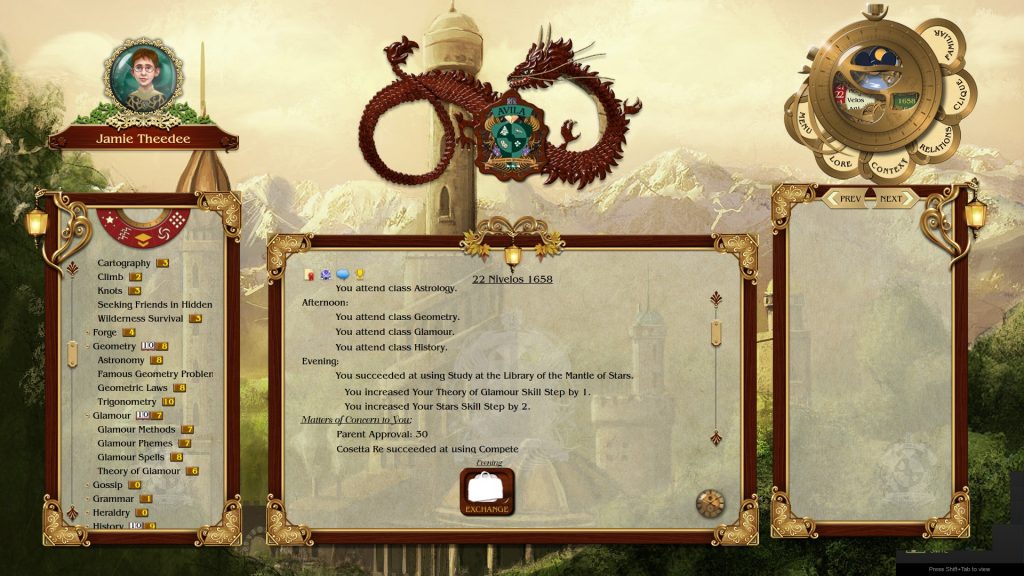 He’s a *sneaky* little swot too, you can tell by the fact he’s maxed out his Glamour (Illusion) magic!

You have more options in dealing with a situation when you have a clique of friends (Kinda like a school gang, in a sense), but it’s by no means the only way forward, so if you feel like playing a loner bookworm (Hi), you can do so.

If you’re not a big fan of classical music, you can turn it off. Sadly, faces are pretty much set, and by college.

When it comes to skill chances, green text is good, blue is okay, black is 50/50, red is less than good, and purple is almost-no-chance. But just because it’s green… Doesn’t mean it’s necessarily a good choice. Sometimes a green choice is a “Get out of event” or “I choose to fail”, rather than a good thing.

So, essentially, that’s Academagia: There’s a lot of reading, but if you take your time with it, you can read a mostly charming, branching story involving a boy or a girl at a magical public school. I’ve fought pirates, settled arguments between ghosts, survived innumerable prankings (Including some jerky jerkface casting a love spell on someone I’d never met in school before… Asshole) , discovered the real history of the Day of Dragons, and, every now and again, seriously broken school laws and somehow gotten away with it. I’ve always had an exotic familiar, and sometimes, that’s been… Awwwh, not Craig! 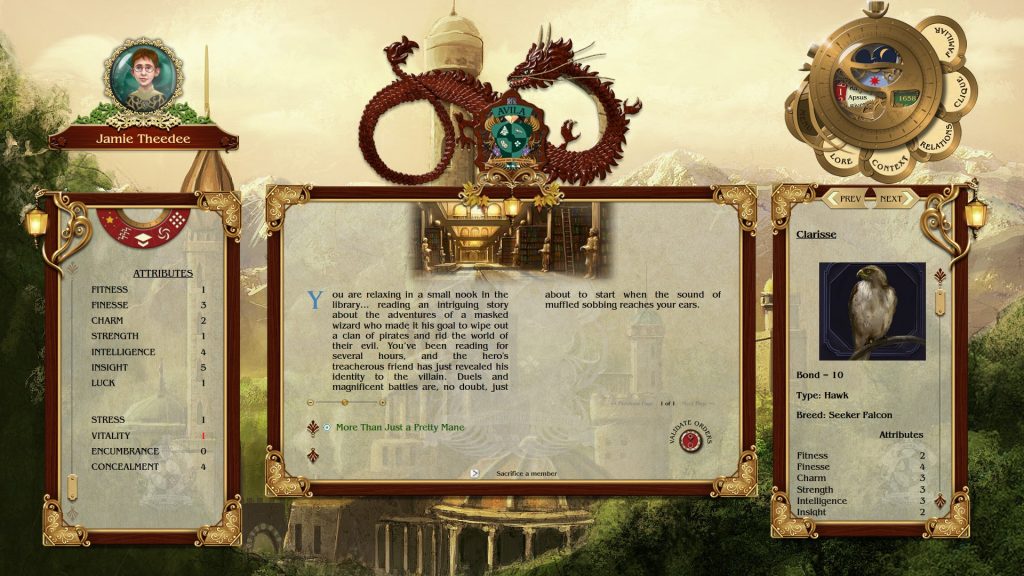 Thankfully, my little swot’s familiar is Clarisse this time, a classy winged lady.

It’s okay. I’ll learn to appreciate him over my year in Academagia. I always bond well with my familiars. <3