Source: Cashmoneys
Price: £13.99
Where To Get It: Steam, Humble Store, Itch.IO
Other Reviews: Early Access 2, Release

For a bundle of ooze, condemned to murder and drain the genetic information of magical weapons and experiments just like itself, the titular Dead Cells are quite an expressive character. They sort of have to be, as they can’t say anything, and that’s easily explained by the fact that they’re an oozing thing with one burning eye and no mouth. But hey, they understand folks fine, what’s the problem? 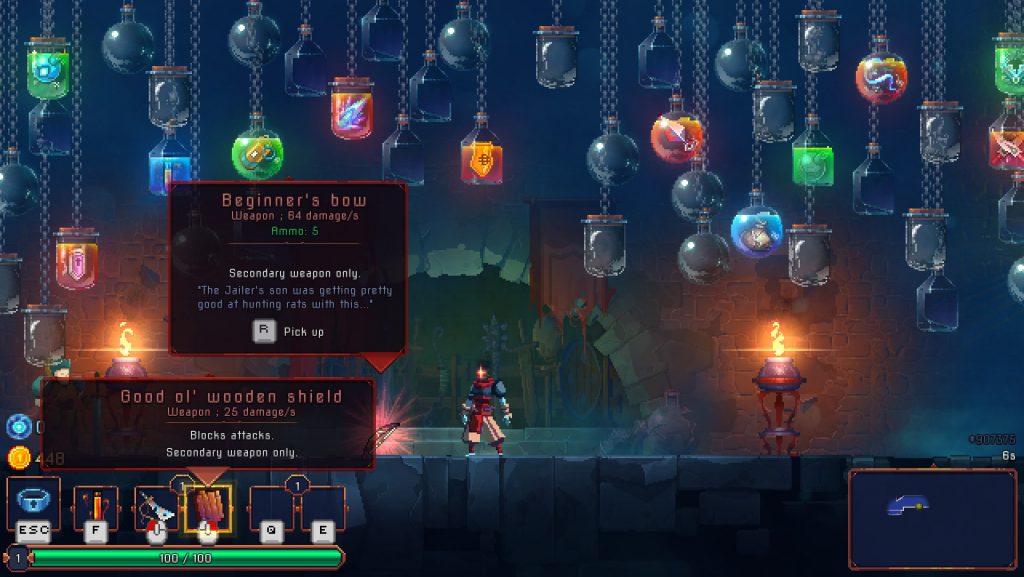 Ahhh… Soon, I will have *aaaall* the goopy vials… And maybe then, I can rest.

Anyways, Dead Cells is a game about dodging blows from various enemies, leaping about frantically, slashing and murdering frantically, and occasionally dying frantically, before your little pile of ooze is piped into another headless corpse to begin the whole palaver again for the nefarious purposes of a Necro-Alchemist. It’s a simple game, and pseudo-random level generation means that while I know roughly what to expect from a level, I don’t know the full ins and outs.

Design wise, it’s pretty tight so far. It’s one of the first games where I haven’t found a subweapon I haven’t found a use for, the weapons, similarly, are solid. Enemies telegraph things well enough that I’ve quickly worked out how to dodge, say, the venom of the scorpions in the old sewer. You start with only one path, but unlock more by getting far enough (You take the high road, and I’ll take the low road… And I will be murdered by scorpions!) , you have a fair few weapons already (From main weapons like the electric whip and the BLOOD SWORD, to subweapons like the Meat Grinder, or my personal favourite, Ice Grenades), and, obviously, a bevy of monsters. 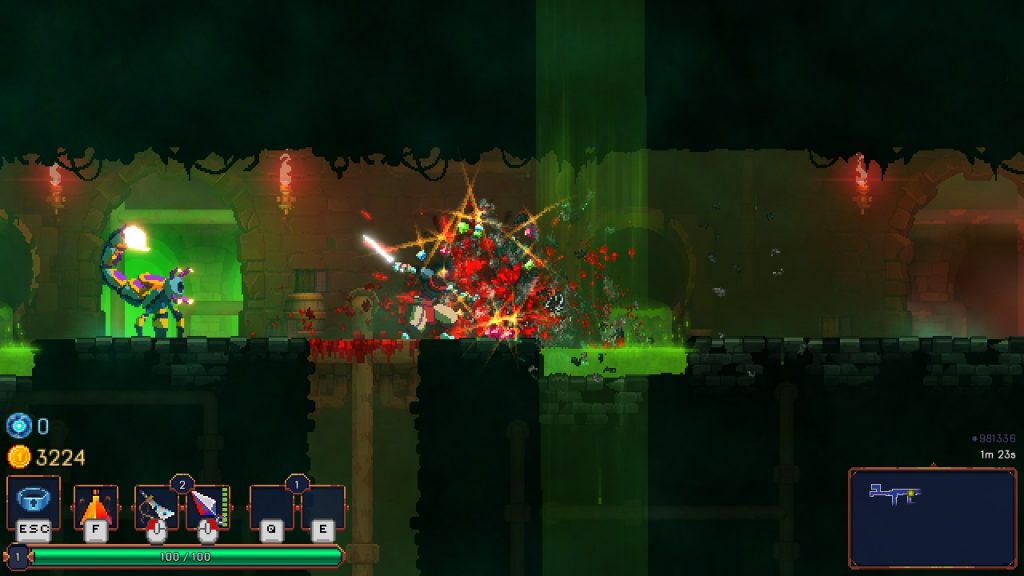 What’s that coming out of the ground, is it a Scorpion, it is a scorpion!

It must be said that, if you can’t play twitchy games, Dead Cells is sadly not for you, because it’s twitchy as hell. In fact, one of my current criticisms of the game is that Elite enemies following you gives you absolutely no chance to heal (Which takes time), and sometimes, the fight goes so quickly that you’re not sure what actually killed you (Each individual fight tends to take between 1 and 3 seconds, and, at the end of that time, either they’re dead, or you are. Unless they’re Elites, in which case the fight lasts either too long, or a painfully short time.)

But the sound design is good (The slish and squish of your ooey-gooey body shlorping into your next headless host is… A thing to behold), the visuals are good (Pixellated gore, goo, and viscera is the order of the day… The game revels in its griminess, but everything except the pipe ladders in the sewer levels are clearly differentiated), and even getting past the first level means you improve, albeit slower than if you get further each run, so the difficulty evens out over time. Overall, Dead Cells is already looking promising, and, along with Drifting Lands, is currently my go to for a quick, fun game. The tunes are good, and my only grump right now is that Elite enemies are, if anything, too elite. 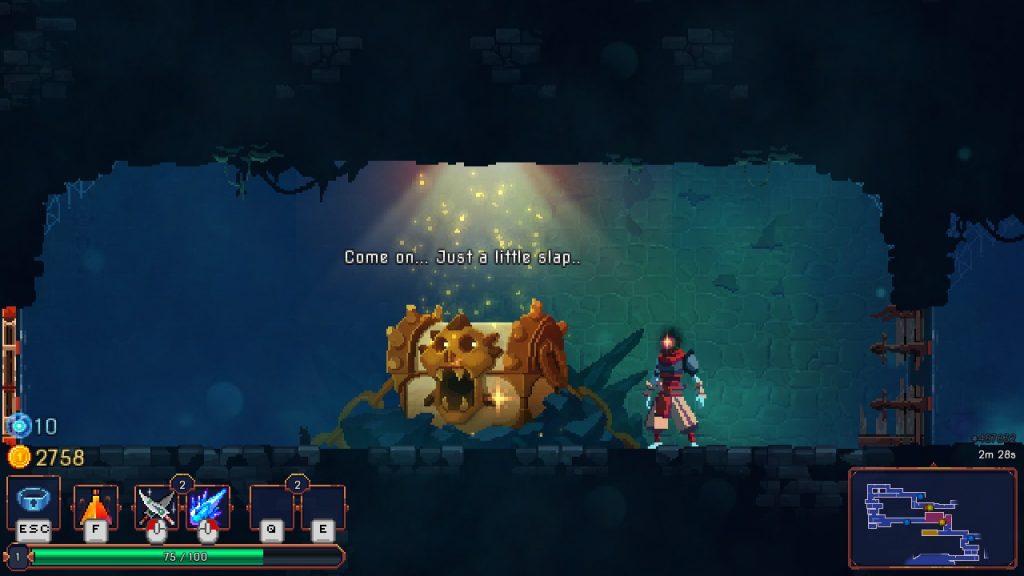 Are you… Are you *Bratting* on me, Cursed Chest? Goodness me, I’d almost be tempted if I didn’t already *know* you’d bite me and inflict a death curse!

The Mad Welshman grimaced, if a pile of sentient goop could be said to grimace… This zombie looked… Different somehow. “Is it your hai-URK.”

Welp. Time to start over.