Lucah: Born of a Dream (Review)

When you’re the sole reviewer, it becomes ever more important to separate not liking something for genuine problems, and not liking something because you’ve grown tired of certain genres and their conventions. While, normally, a writer can just recuse themselves, occasionally, something interesting comes along that requires, partly, putting aside that dislike.

Lucah: Born of a Dream is one such game. A deliberately lo-fi adventure, with a top-down false perspective, and… Soulslike combat, levelling mechanics, and saving via specific resting points. The latter of which I have, over time, become somewhat tired of. 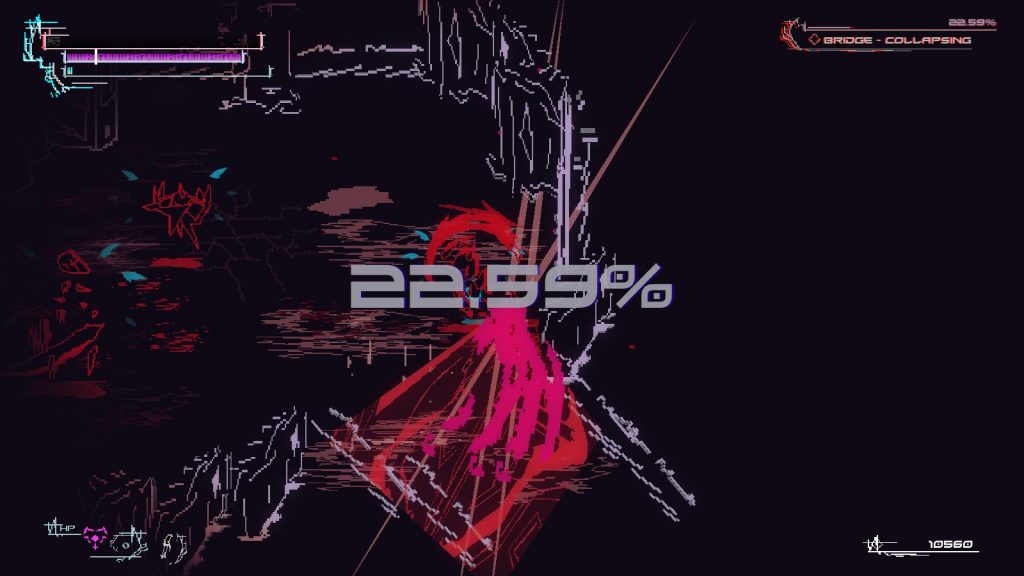 YOU DIED [Your Corruption Has Risen]

Narratively and aesthetically, the game is bleak. Corruption, or, just as accurately, depression is a core theme, and this is aptly portrayed in a number of ways. Methods of “salvation” often turn out to be nightmares in waiting, the world is unrepentantly hostile, and, when the NPCs aren’t outright despairing, they have a bitter edge to them, such as the shopkeeper who tells you how many times you’ll see them. 2 if you do well… Another one if you don’t. None of the lines are voiced, but I can almost hear a sneer there.

Maybe that’s viewing it through the lens of my own depression. The world is mostly black and “not-black” , harsh, scribbled tones, and its moderately plodding tone outside of combat emphasises that this is a world seen on its way out, a world that’s… Keeping on, rather than thriving. It’s clever, and while it hits a little close to home for me, I can appreciate the artistry behind it. Similarly, the game has a sort of time limit on each “run” , as Corruption is slowly building (quicker the more you die, slowing as you beat fights), and when it reaches 100% ? Well, back to the beginning, you failed. Sorry. 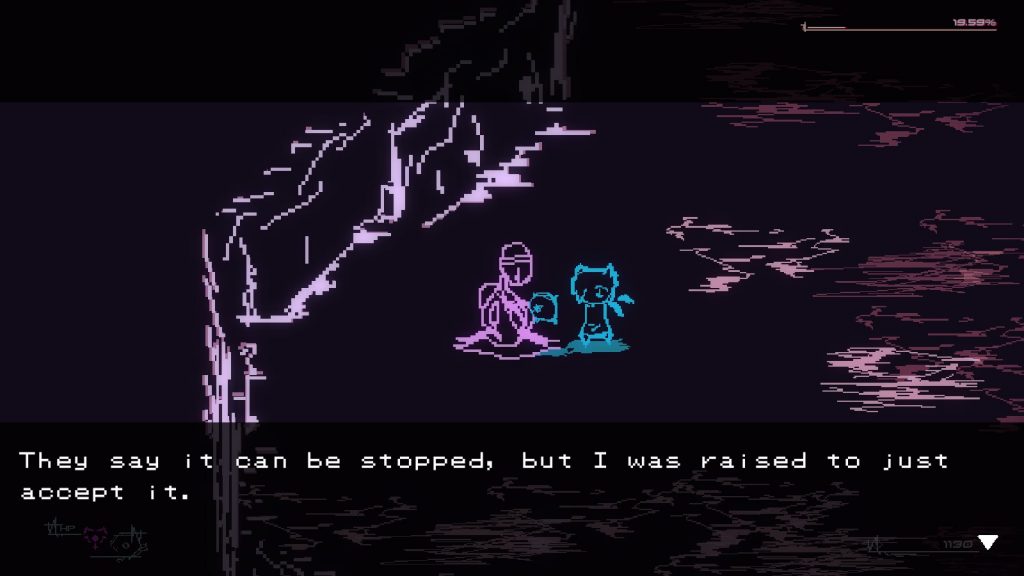 It’s just… The way things are. Give in.

Combat, meanwhile, is also deliberate, but less plodding. In fact, it can get downright hectic at times, and it’s here that I have to separate my more generalised dislike from the few actual problems it contains. You see, for the most part, it works, and is clever. Two loadouts you can quickly switch between, each containing three elements: Your light attack, your heavy attack, and your support option, meant to buy time for your stamina to regenerate. Attacks lock you into their animation pattern, and, as you progress, you gain more abilities, some of which require using limited skill slots ,Virtues, and some of which you can turn on or off as you feel, the Tech… Turning these off appears mostly to be a challenge thing, as it includes things like the dodge parry. Speaking of…

When it works, it works well… Enemies clearly telegraph their attacks, there’s a variety of ranged and melee attacks that keep you on your toes, and the spaces range from large to confined, so there’s a lot of tactical variation. Changing your Mantras and Familiars for different loadouts of attack is definitely encouraged, as is experimenting with them to see what fits your style best. But it’s at this point that I have to mention some jankiness.

Sometimes, although I don’t fully understand why, my attacks will lock onto a specific enemy (I may have fatfingered a lockon there), and this leads to frustration as… Dammit, I was aiming for that one, not that one! Similarly, dodge timing takes a little getting used to for parries, because while often, enemies will telegraph their attacks, the telegraph is not the moment you dodge toward the attack. 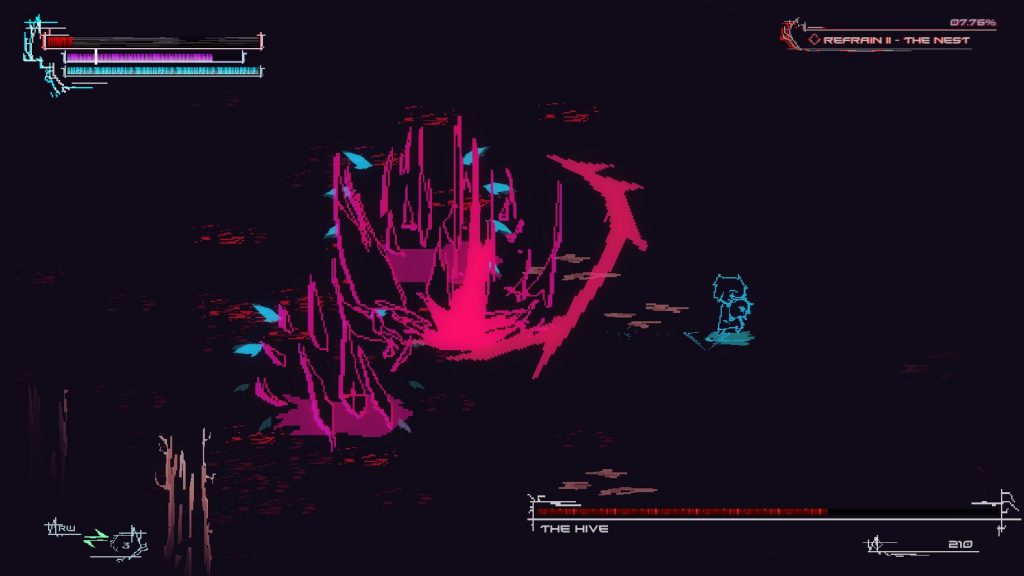 Boss battles definitely live up to their name, and each has a different, interesting touch.

The actual attack is, and it’s at this point that I mention a controller is probably a good idea for Lucah, since I’ve found, on keyboard and mouse, dodge parrying a little too finicky, because yes, you do have to dodge specifically into the attack to trigger it, and that’s easier to handle with the more granular nature of an analogue stick.

The rest of my gripes with this game, quite honestly, you can simply note as gripes with the Soulslike formula, and more to do with genre weariness than any actual fault of the game. As such, it overall gets a recommendation, because it does interesting things with the genre, and has a somewhat unique aesthetic and narrative that, overall, works. Definitely one of those cases where, even weary as I am of the You Died bullshittery, I appreciate the artistry the Lucah team have brought to bear here. 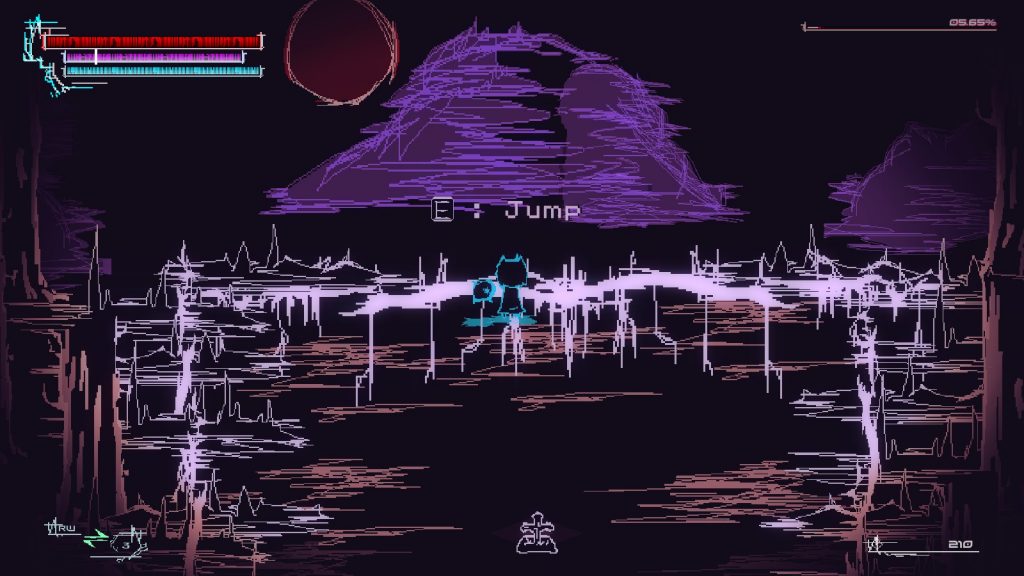 The Mad Welshman must rest. He is tired.