Endless Road could probably be considered at least interesting, if its translation had worked a little better, or its information flow… But alas, neither are true, and it’s this core issue that really prevents it from being as fun or interesting as it maybe could be. 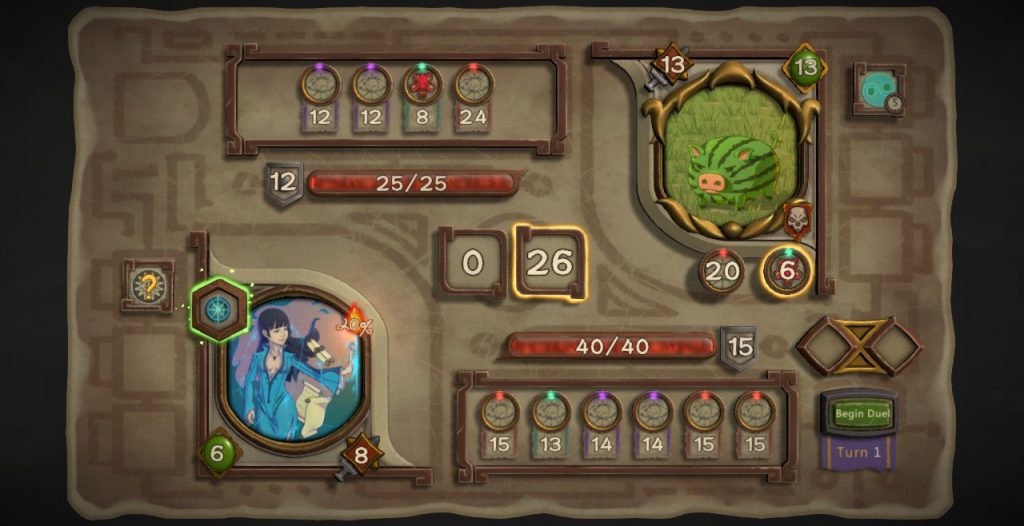 There are many pigs in the early levels. They’re all cute, and often deadly.

Endless Rogue is one of those incremental RPGs, where death nonetheless earns you stuff (or at least unlocks), set on a road that may branch, and branch, but will inevitably lead to a boss, and the next part of this… Endless Road. Along the way, you fight monsters, get random events, items to help you survive, and make tradeoffs. It’s largely fairly simple, and there’s a lot of tooltips, but… 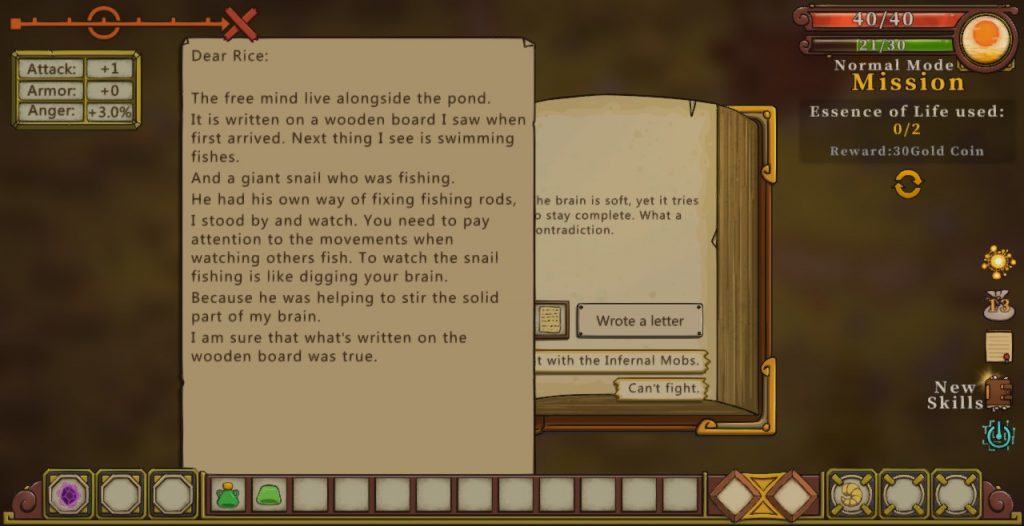 See, I can get the sentiment here, roughly speaking… But it really doesn’t flow well..

…Here’s where that whole “Not great translation” plays in. Some skills and elements (Whether yours or the enemy’s) are either untranslated, or missing, which doesn’t exactly help, and, as a result, there’s a lot of cards whose synergy really isn’t clear. Why, pray tell, would I want my enemy to have 100 attack points in a turn? What ability would make that worth certainly taking damage? Do the traps really apply to me? Large swathes of abilities are unclear, and so, through confusion, I’m just not playing as well as I should. Said translation also makes the letters, which appear to be to our character from somebody called Rice, miss their mark, which, at a guess, is meant to be wistful and soulful, as our heroine goes further and further from home, but keeps finding these letters?

Any which way, it’s certainly playable, as there are still abilities clear enough to use, and a lot of it is about managing your various resources. In the board aspect of the game, moving forward takes SP (Stamina Points, I’m guessing), so you need items or events to replenish this, lest bad events become more and more common (They’re moderately common already.) Meanwhile, you’re trading health, stamina, and gold for various improvements and abilities, using items to gain that health, and occasionally getting into fights, where the goal, each turn, is to score more points with your cards than the opponent does with theirs. Simple enough, except that’s then complicated by abilities. Some enemies, for example, punish close point values, others large differences, and cards can do various things as well, and so those tooltips (mouse over an ability or card) become quite important. Escape is, unless you have a certain item (Monster Mucus) impossible, and besides… Some of them drop sweet, sweet loot. 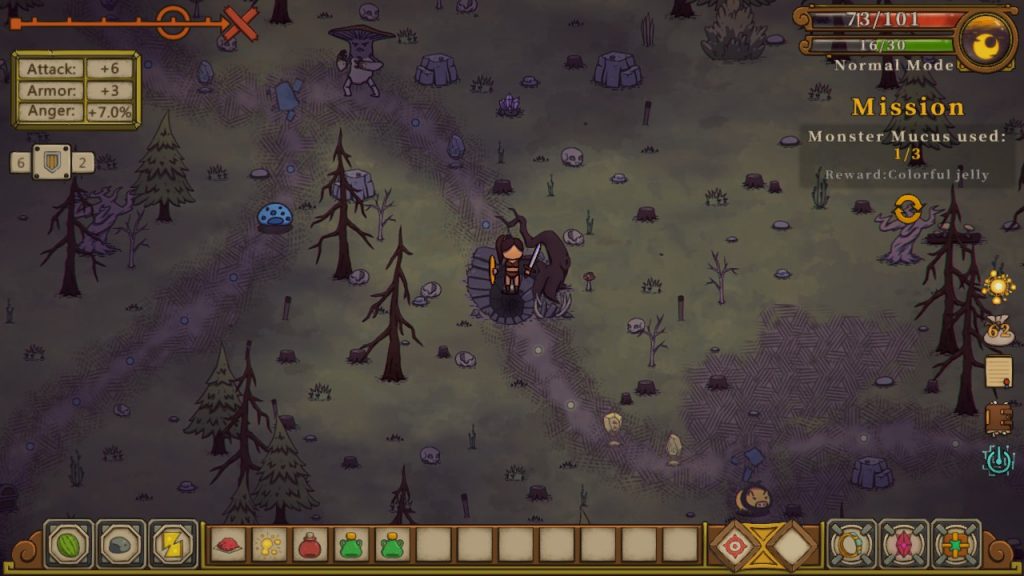 Every area made of lovingly hand drawn bits? My jam.

It looks pretty nice, to the point where I feel very sad about attacking some low level monsters (I’M SO SORRY, BANDIT-PIG-SAN, BUT I MUST DO THIS), and can recognise, roughly, what abilities a monster has by their visuals and repeated play. But while it’s certainly playable, and it’s not resource intensive, those translation issues take away a lot of the potential fun and mood.

Which is, if we’re being honest, a crying shame.

The Mad Welshman reminds you that if you want to gain an international audience, please translate responsibly.