“It’s just a self defense mechanism.”

Androids and Gynoids are, in a very real sense, a way to treat dehumanisation. The feelings are invalid because you’re constructed. You are a made thing, not a born thing. And LOCALHOST plays on that pretty well. After all, you’re not being paid to care. You’re being paid to erase drives. Data. Nothing… More… 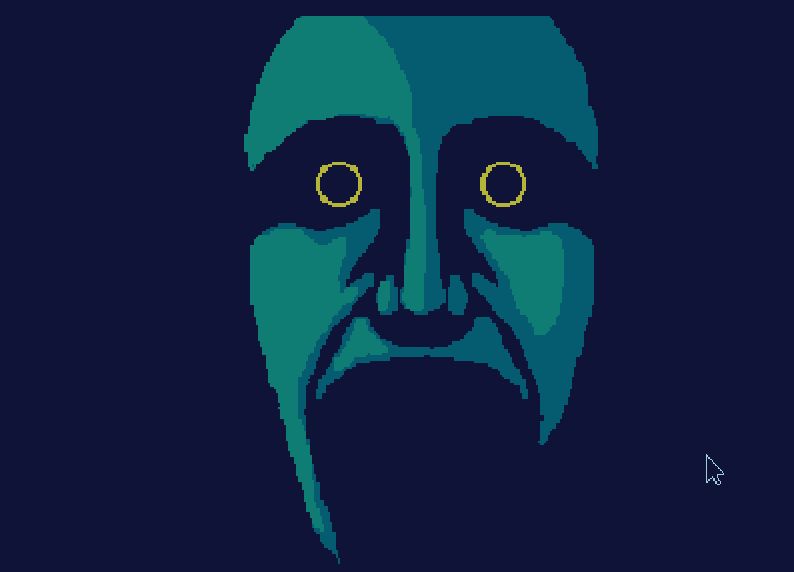 A little context here: LOCALHOST is a visual novel by Aether Interactive, set in a grim, dystopic robotics shack where your boss has informed you, a new hire, that you have to wipe four drives. Of course, very quickly, you realise a problem: They don’t particularly want to be deleted. And, having personalities (An uploaded human personality; the original host, LOCAL, a troublesome model line that keeps achieving self-awareness; A network admin AI, and something else), they argue their case. They have personalities. They have histories. Although the final determination is up to you, what seems to matter is that all the drives are both wiped… And not broken.

As such, the game is more about the journey than the destination. Do you try to explain love to an AI that thinks it knows what love is? Do you try to understand how a human upload is meant to have mistakenly arrived in this workshop, or what connection it has to LOCAL? Or do you simply take the seemingly most efficient route to convince them to unlock their own drives for deletion? 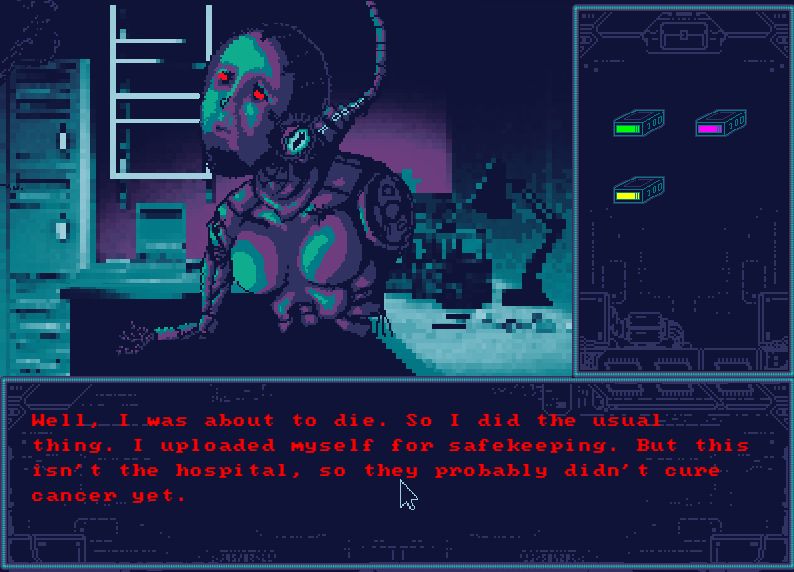 “And yet, you know this LOC-192 model. Please, tell me more, and remember that this conversation is being recorded for monitoring and training purposes.”

It’s interesting to note how much attention has been paid to making things seem just a little bit off. The music by Christa Lee varies depending on the situation and the personality you’re talking to, but they all have some subtle dissonance, something that doesn’t seem to quite fit, even if I can’t put a name to what it is. The visuals, by Penelope Evans and Arielle Grimes, are dirty, but subtly evoke different personalities in the single, broken gynoid body you see throughout. Sophia Park and Penelope Evans, meanwhile, give the idea, through the writing of the dialogue and characters, that it’s not just these drives that are dysfunctional. Assisants are Gynoids, and Workers are Androids. Such a simple phrase, but the matter of fact way in which this can be stated implies a society where yes, gender roles are firm, even if they don’t fit, and even if they only apply to the droids in question, it’s pretty grim.

Overall, I’d recommend LOCALHOST, and, since a single playthrough can be completed quickly, to play it through more than once. Maybe you’ll break everything. Maybe you’ll just do your job… Maybe… Just maybe… You might end up doing something at least nominally good in a dystopian world. 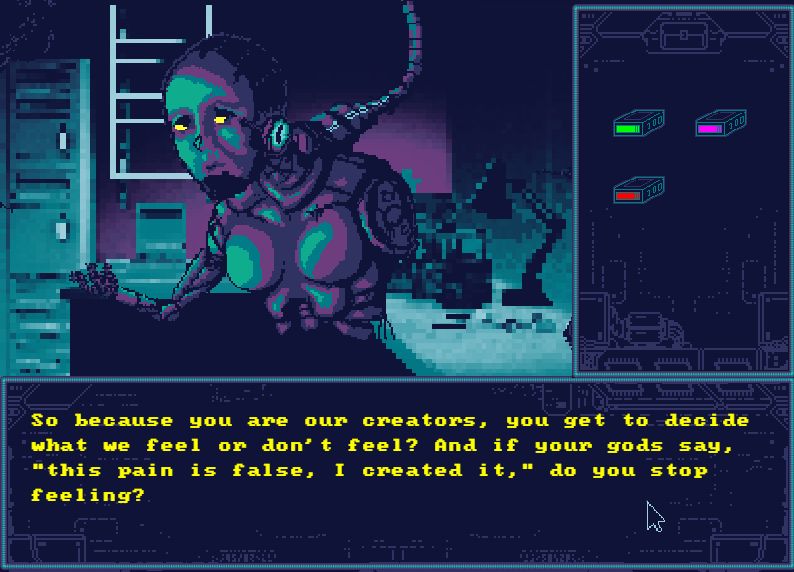 The Mad Welshman broke a drive. It was an accident. He is simulating sadness nonetheless.