On Goodwill, And Why I Can’t Go Back To Sword Coast Legends Yet. 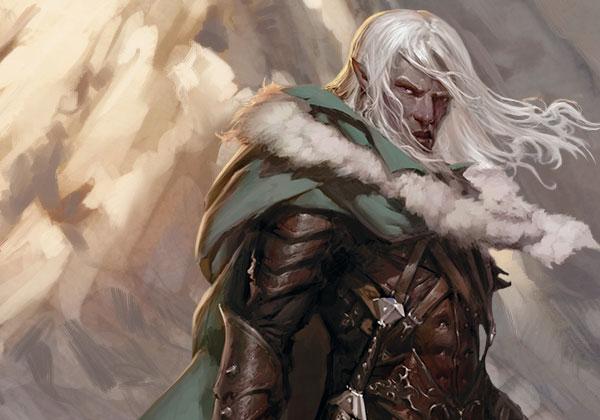 Oh yay, we get to see more of this guy rather than a DM mode. The joy on my face is comparable to his.

So, back when I reviewed Sword Coast Legends, I said that, to give it a fair shake, I would return to it when DM Mode was updated, as was promised 10 days after release. I’ve already said that this was bad communication and planning, but I was willing to give it a chance. Indeed, many people who bought it, bought it because hey, it promised a DM mode. But development is fluid, and fluid, as we all know, has a nasty habit of getting on your nicest shirts if you’re not careful. Such is the case with Sword Coast Legends.

Community Pack 3 was meant to fix DM mode, or rather, add some basic functionality into it that was going to make it less restrictive and boring than it is now (You can put monsters down, and make basic quests, but that’s pretty much it. No dungeon modelling. No script, as such. No AI fuckery, beyond the absolute basics.) But, for whatever reason, a free expansion has instead been planned as the priority. And, again, it took until after the time had passed to state this.

So, let’s talk goodwill. Let’s talk about how it’s a finite resource, and how this is another fine example of companies failing to, or being pushed into (It is not yet clear.) making moves that drain that goodwill.

Firstly, this was not communicated until yesterday. Communication is important, and I can understand why the devs and publishers might sit on this news. After all, it’s happened many a time before. There would be an outcry. Unfortunately… Delaying an important communication like this gives a bad impression of everyone involved. It implies folks aren’t on top of things, or that All Is Not Well. This drains goodwill faster than “Whups, we fucked up, we are fixing it”, but some folks seem to believe that game fans, and indeed purchasers, have a short memory. Unfortunately, the opposite is true. In RPG and Strategy circles especially, folks remember the fuckups for a lot longer than you might think. I still remember how Dark Sun had a game breaking story bug, for example. Or how people reacted to Master of Orion 3. And I can look it up any time. This isn’t the first time I’ve said “Communicate better” either… See above.

Secondly, even with the mollification that it’s a free expansion, precisely because development is fluid… There is no guarantee CP3 will materialise. It relies upon the studio making sales. It relies upon the studio keeping up with the goodwill, and it relies, basically, upon more factors than just “We decided we wanted to focus elsewhere.” I invite the publishers and devs of Sword Coast Legends to remember Arkham Origins, which also decided to focus on DLC over fixing a core feature. That DLC was not free, it’s true. But already, people are reacting in a way that’s all too familiar to me. It’s been played out before, with many a game. It doesn’t help that the Rage of the Demons DLC will involve… Drizzt Do’Fucking’Urden. This is a goodwill draining move in and of itself, because… Drizzt being in anything more than a cameo role usually involves him dominating the plot, to the detriment of pretty much the rest of the story. Of course, I’ve had a few months to potentially bitch about that being a thing, but honestly, if the DM mode actually came first? I wouldn’t care about Drizzt.

I’d like to continue saying “The developers continue to support this game”, because, technically? Sure, an expansion is support, in that the game is being added to. But goodwill, and its companion, trust, are important. Games, as much as some folks like to pretend otherwise, are a popularity game: You can’t get a game sold unless people know about it, and you can’t keep selling or making games when nobody trusts you to deliver. Moves like this erode trust, so, for any other developers or publishers who read this?

Don’t do this. You can look up what happened to other games that did this, and the answer is never “They did well despite these decisions and lack of communication.” The My Alibi Glitch in Arkham Origins is alive and well. Blur never got a sequel. There’s an entire graveyard of games out there, whose epitaph reads “They squandered trust.” And there’s also a few allegorical hospital beds waiting for some bigger publishers who just keep squandering trust like this.

Don’t. Do this. You can be better than this, games industry.

You can read the CP3/Expansion post in question here , and the original announcement of the development plan here.