Oh, Kumoon. It’s been a long time coming, but it’s getting SteamVR support, so I thought this would be a good time… and I am amused. For those who never heard of Kumoon, it first looked very different. For example, it didn’t involve a cute robot, but a cute baby chick. The game is no less fun for this, however, and I’m quite happily bouncing my balls. 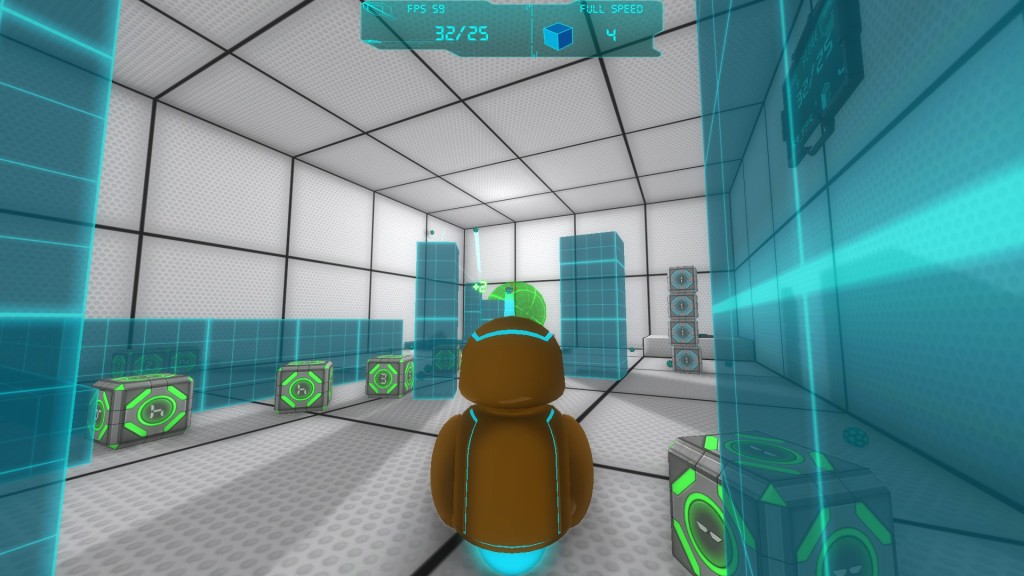 …Okay, so I’m not getting this trick shot. Who cares, I already won this one!

Wait, maybe that came out wrong. So let’s talk Billiards for a bit. Billiards has often been touted as the mathematician’s favourite ball game. The Billiards table has no pockets, unlike pool or snooker, and less balls, but this is because the object of the game is to hit both the sides of the table and at least one “object” ball, then the target ball. There’s at least a few variations, but the basic idea is that, the more things that you hit before successfully hitting the target ball, the more points. It’s tough.

Kumoon is both more and less than that, in a sense. Much like Billiards, if you can somehow consistently hit the targets with a minimum of three bounces, you’re world class. But you have to do it in 3 dimensions. And the “cushions” aren’t always on the outside. Oh, and there’s often more than one target. Usually lots. It’s not, it must be said, a game which is terribly difficult. So long as each target you hit is, on average, 3 or 4 bounces, you’ll defeat everything, and you have a lot of balls to work with. The real challenge, and indeed, the real fun, is in trying to set up those perfect shots. Not the two or three bounce hits… The nines. The tens. That all too rare fifteen bounce hit. It’s a game where most of the challenge is the one you set yourself. 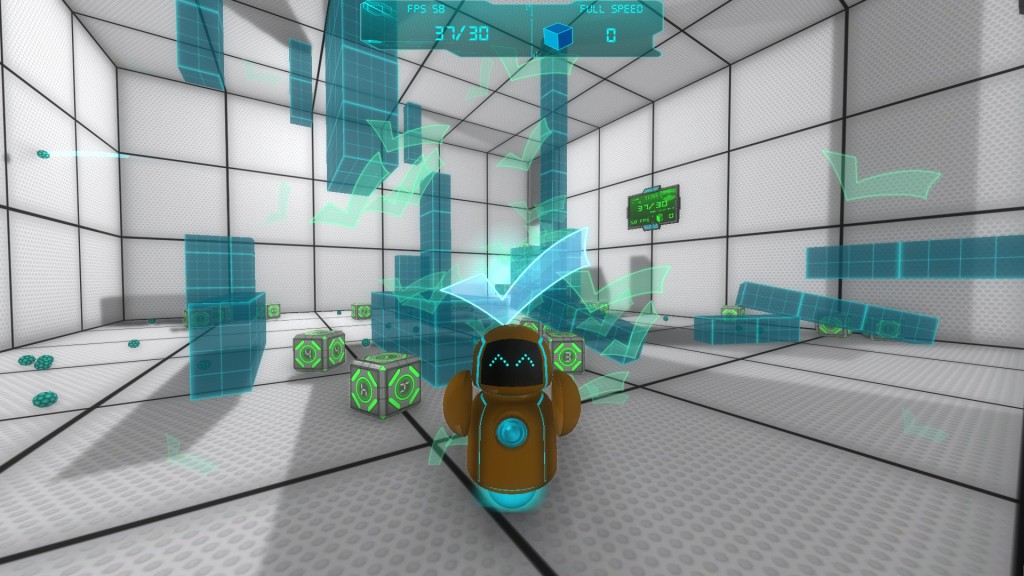 Your avatar, while not as cute as a chick, still glories cutely in the chaos they’ve caused.

Of course, even when you don’t, it can be amusing to just fire those balls off, just to see where they go. Phunk, phunk, phunk, phunk… Within a few minutes, you’ve got balls lying all over, at least a few bricks are knocked down, and whether you’ve scored enough (or even hit anything) or not, there’s a quiet amusement to watching the balls fly all over. Meanwhile, pumping electronic beats… Actually kind of conflict somewhat with the cute aesthetic of the main character, and the somewhat unserious game, but hey, you can’t have everything! 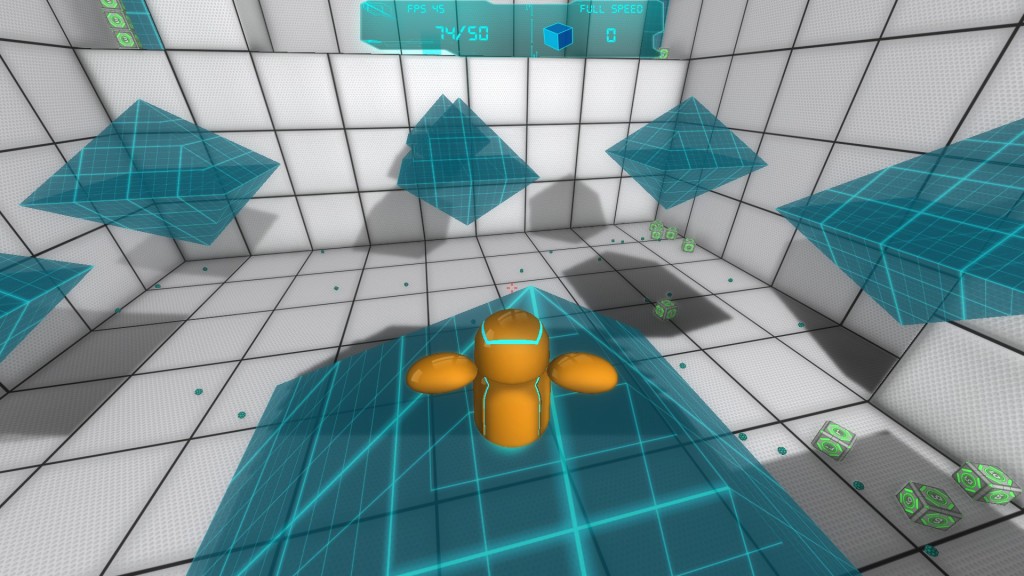 Sometimes, you just need to get things done by shooting balls *everywhere*

In summary, it’s amusing, it’s somewhat short, but it’s £4, and if you like setting challenges for yourself, the playtime can be extended a fair bit. If you don’t like physics puzzling or score attack, this may not be for you.

The Mad Welshman chuckled as he bounced a steel ball off one of his robotic henchmen. “That isn’t a valid cushion!” , they cried… Wait, who was worrying about valid? He was having fun!