Sometimes, rainbow robots just want to break free. And they’ll butt their heads into walls, time and time again, at great speed, to do so. This is basically what I take away from Blitz Breaker, an easy to learn, hard to master arcade game about dashing your way to victory, and headbashing your way through obstacles with style. Also collecting coins and square gems. 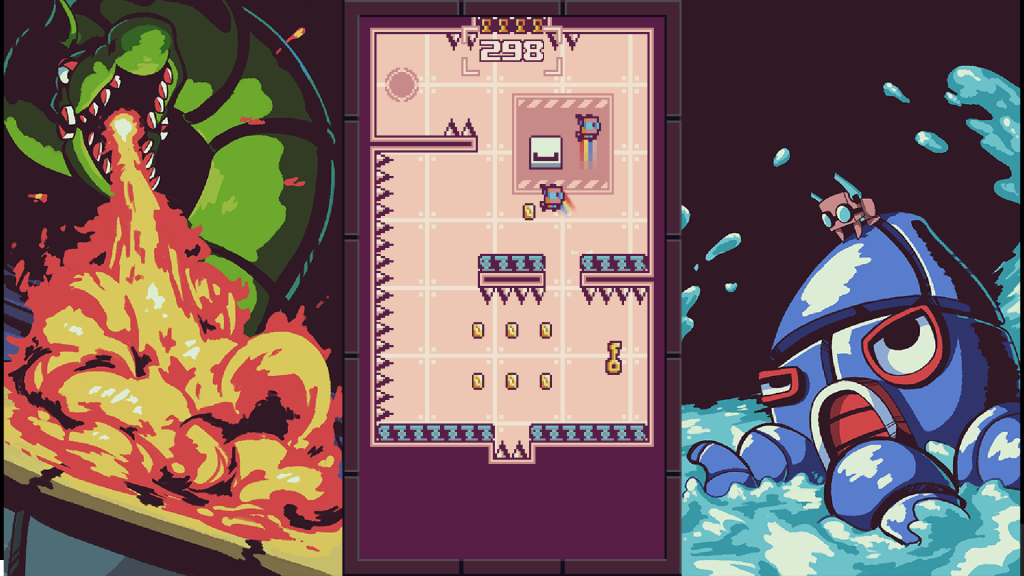 It’s a somewhat addictive game, and that’s because it’s learned from its spiritual ancestor, Super Meat Boy. Death is two button presses away from getting right back into it. Levels are, at first, pretty short, then get longer as the game goes on. Each stage introduces a new trick, from spikes, to belts, to lasers and beyond, and the rules for how your character moves are extremely clear, so there’s relatively few points in the game you’re going to cry “Bullshit!” Because you know damn well it’s your own fault. Oh dear, I dashed into the spike when I should have used my tiny jump. Oh dear, I didn’t take into account that bullet. Oh well! [push, push] Time to try it one more time!

So how does it feel to play? Well, pretty good, for the most part. There’s that primal satisfaction of learning new tricks that I do like in a game, and the music is either chilling you out through difficult parts (World 2), or pumping you up for a boss fight (Most of the boss tunes.) Here’s a good trick… Want to spend some time waiting for something without losing height? Just remember that, so long as you hit the direction you want to go before you hit a wall, you’ll do it as you hit the wall, and so you can dash back and fore between two walls without losing height! 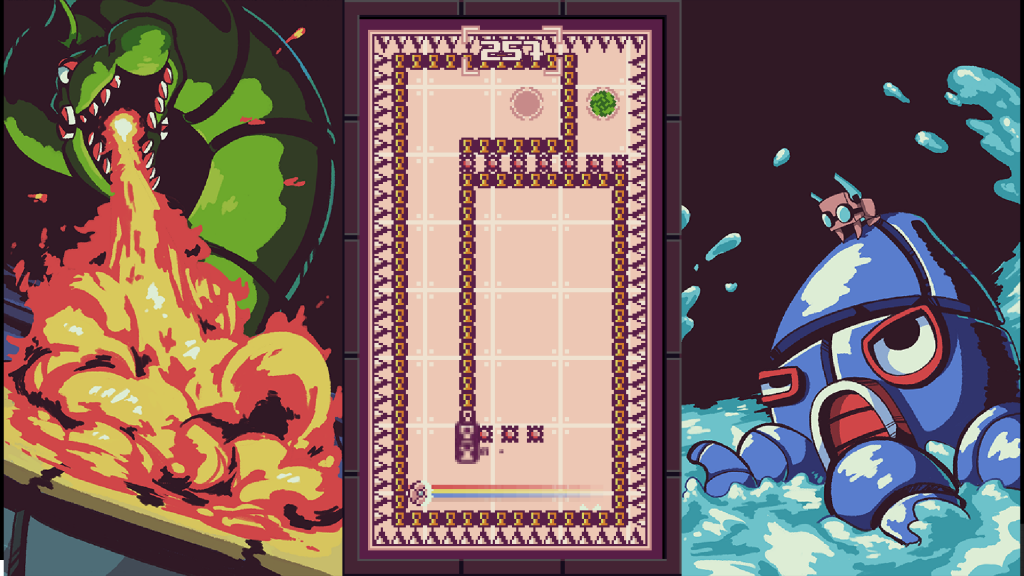 …Then get a bit more hectic, a bit at a time…

I’ve already mentioned that the music is quite nice, but visually, it’s pleasant too. Everything is pretty clear, so you know what’s what, the background rarely conflicts, and you quickly get a feel for what’s dangerous and what isn’t. My only real gripe is that some of the bosses (World 3’s , particularly) can get a little tedious, and that I’m not really a fan of the vertical letterbox, pretty backgrounds or not. I get that it’s a small game, with small sprites. But it does annoy sometimes.

For less than £2 , however, this will present some good, arcadey fun, and perhaps a couple of visits to the dentist as you grind your teeth trying to unlock everything. If you liked Super Meat Boy, definitely give this one a go, as it’s learned many of the (pleasant) design lessons that game teaches. There’s unlockable character skins, at least one “secret” world, and a fair amount of good chiptunes. 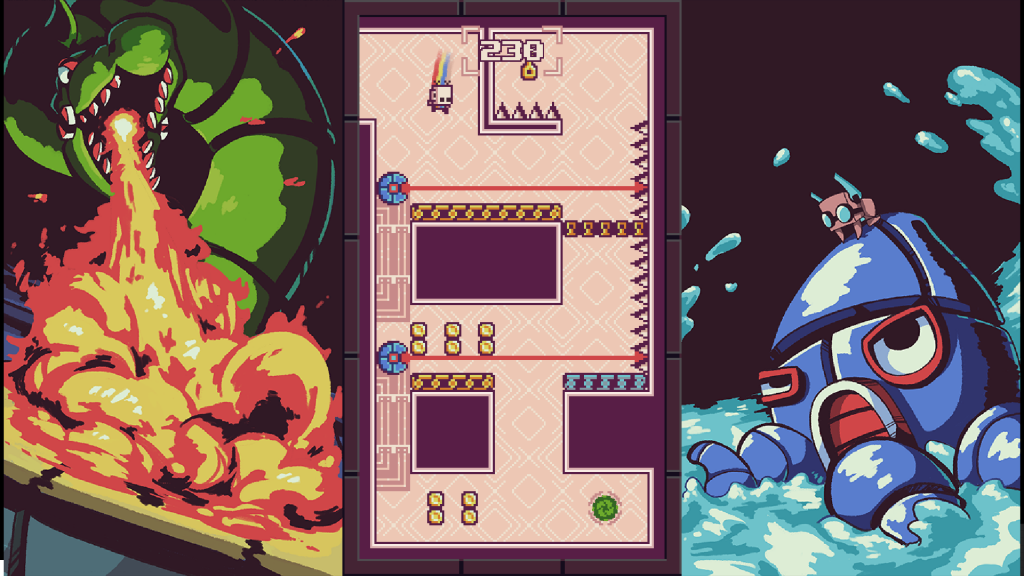 …And then you come across some headscratchers.

The Mad Welshman doesn’t have time to ponder your lasers! CHAAAAA- FZZAP.