Dark Souls, it seems, has become… Almost a template. A boilerplate. We’ve seen this quite a few times in good ol’ (Ha!) video games, and it’s not necessarily a bad thing, so long as it’s done well. Hollow Knight, by all appearances, does pretty well. Sometimes too well. 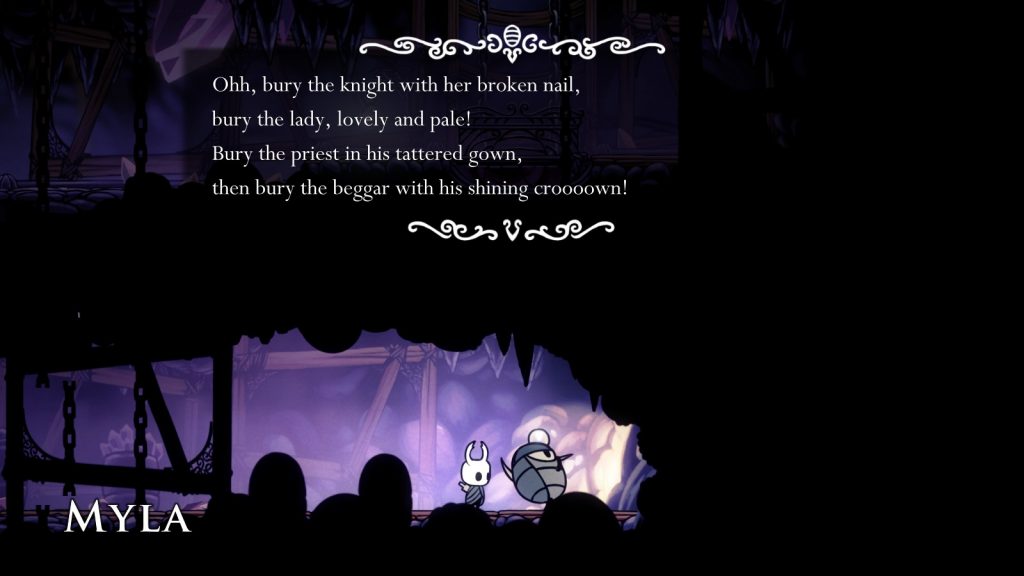 That’s not creepy. Not at all, no *SHUDDER* sirree…

In any case, you are a bug. Possibly undead, it isn’t made too clear at first. You’re drawn to a nigh empty village above a set of ruins populated by the damned and the forgotten. If you’ve played Dark Souls, you’ll already be seeing how this is going. Mystery! Tragedy! Boss fights! That one place where everything seems to hate you, the player, personally! And, of course, that sick, numb feeling that comes from dying to something perfectly ordinary on the way to trying to recover your currency from where you died not five minutes ago.

I could bang on about which element is a metroidvania thing, which is a Dark Souls thing, so on, so forth, but… It’s apparent if you’ve played them, and irrelevant beyond the concept of “Exploring platformer where you kill stuff and get special abilities and maybe get told a tragic, creepy story if you’re not hammering that ‘skip dialogue’ button like a hammering thing.” What matters is: Does it do it well? 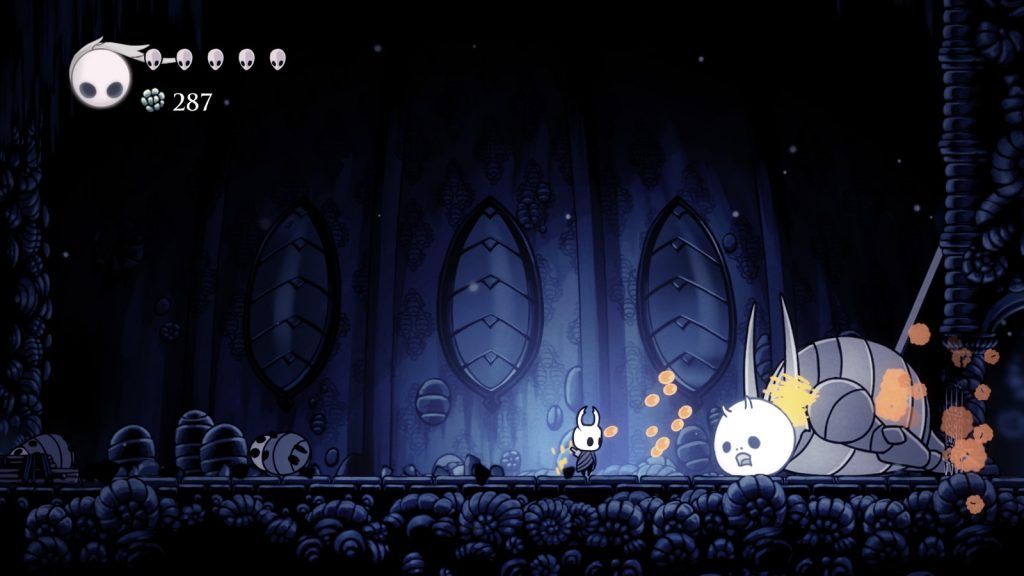 The boss fights are, as you might expect, highly pattern based, but creative and with stories of their own to tell. I almost feel sorry for this feller, for example…

In short… Yes. It does it aesthetically, with the hand drawn landscapes, music and bug design really selling that “Dark and creepy (but grounded) world” mood. It does it mechanically, with responsive controls, gameplay that relies more on timing than twitching, and a narrative that still works despite taking a lot of its beats from… Dark Souls.

There is, of course, a “but” hanging over this: If you didn’t like certain aspects of Dark Souls, such as occasionally having trouble working out where to go/what to do next (Not aided by a map that only updates a) If you bought a basic map of the area already by finding the mapmaker in the area, and b) You’ve sat down at a bench post exploration.) Or Occasionally breaking into an area you’re definitely not prepared for and dying. Or realising that, to get a thing that would definitely help survive an area, you’re going to have to grind enemies for… Quite a while (Which, at the time of this sentence, is exactly the problem I’m facing. Most of these things are either fair, or ameliorated somewhat (You can, if you get hold of a Rancid Egg and a Simple Key, draw your Hollow soul back via an NPC, for example), but they are nonetheless baked into the design philosophy behind the game, and if they turn you off, then I obviously can’t recommend it for you. 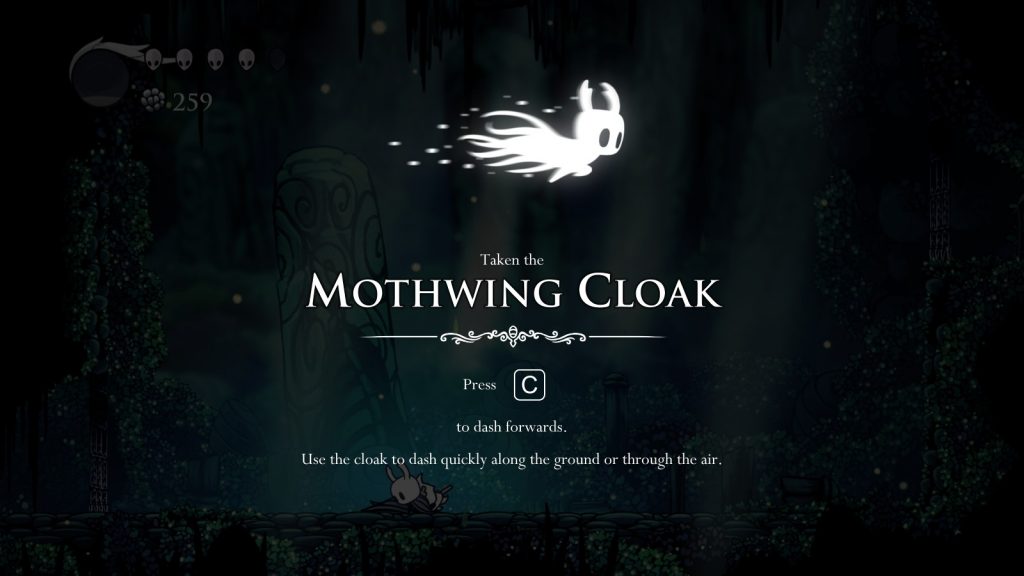 Overall, though, it’s an imaginative world, a responsive and pleasurable experience most of the time, and I’ve enjoyed my time so far with Hollow Knight. For an example of crossing Dark Souls and Metroidvanias well, you can’t go far wrong with this.

The Mad Welshman agrees that this review feels a bit short. Some might say… Hollow.