Mastema – Out of Hell (Review)

There is such a thing as too faithful. Mastema: Out of Hell, with its homage to the coin guzzlers of yesteryear, very aptly demonstrates that in less than ten minutes. So let’s talk about my mood during that first ten minutes, then what comes after. 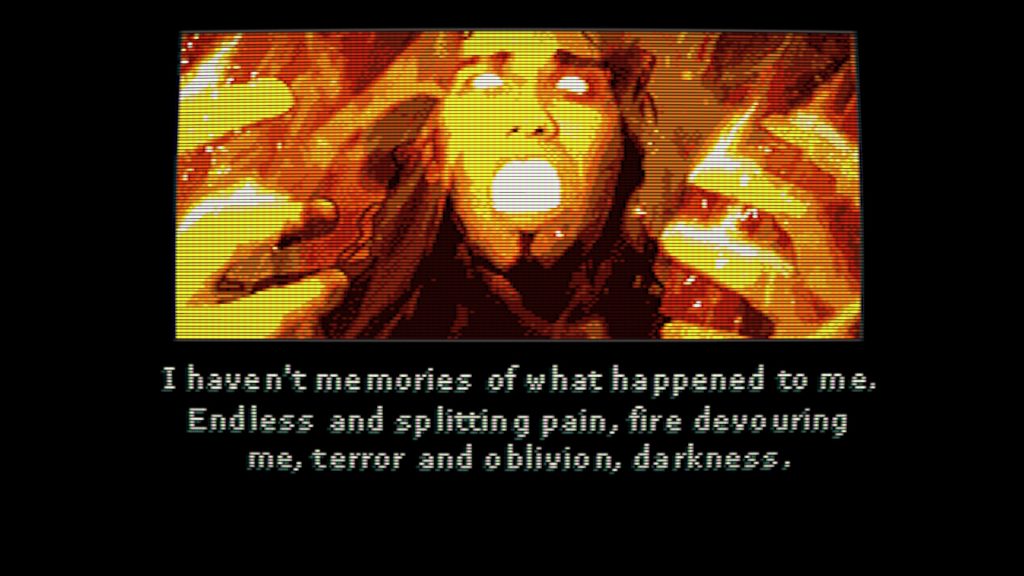 See, This is Good…

“Starting option to have CRT effects or not, and it looks like its built around that? HELL YES.” That was my inner monologue. The intro splashes, reminiscent of a game like Splatterhouse, enchanted. The audiovisual assault, a combination of eerie chiptunes, deliciously chunky spritework, sumptuous animations, and some decent, Genesis styled sound effects charmed.

And then I fell in a pit. And discovered Point of No Return dissolving platforms in the second stage of the first area. And then, because it was my birthday, and I had things to do, I quit, mildly peeved.

I came back, and… Unfortunately, the game has also inherited a fair amount of what can best be described as “Jank” and coin-guzzling bad habits. Beyond traps for the unwary, such as the aforementioned dissolving platforms (Not to mention many jumps requiring near-pixel perfection), the larger enemies seem pretty much invincible, while the small ones die in one hit of the sword, leaving the Special Attacks feeling… Largely useless, honestly. It doesn’t help that, when you attain the first of these, there’s essentially one enemy between you and the exit. This all adds up to feeling like… There really hasn’t been much thought put in besides the Aesthetic. You stumble through three or so levels per stage, reach an exit door, and move onto the next. Perfection and collecting enough skull-gems rewards you with extra life. A single fuckup reduces that limited supply, and once those are up, game over, hope you enjoy playing through the game again! 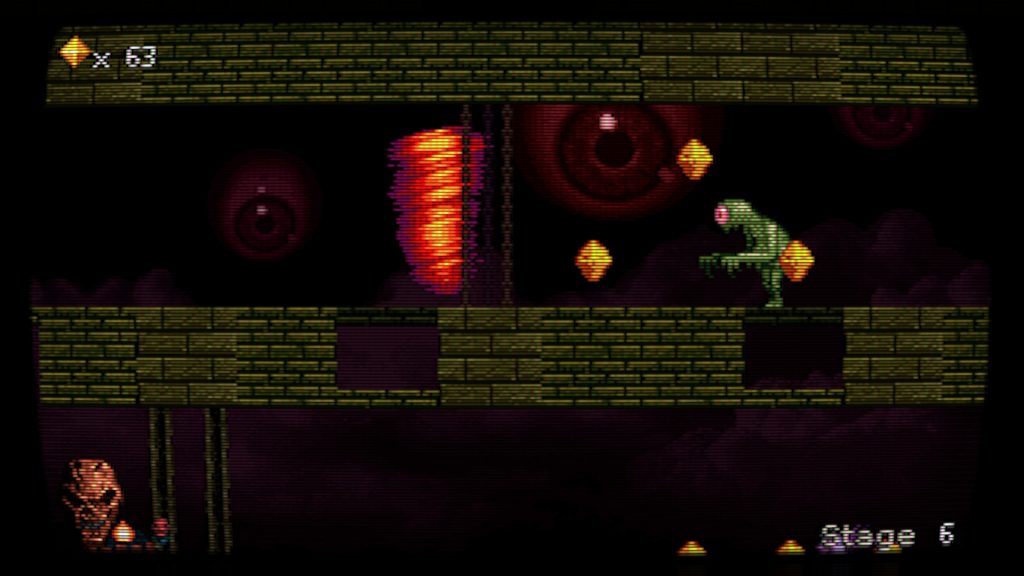 The controls are a little unresponsive (Mainly felt while trying to do those aforementioned near-pixel jumps), and you will learn, by the third stage, that the protagonist has the strange, yet sadly common inability to air control his jump when standing right next to a wall. I’d gotten to something like the fourth stage, and had yet to encounter anything that wasn’t in the binary of “Don’t bother attacking” or “Dies in one hit” , or a level that didn’t also have the binary of “This jump is easy” or “This jump requires you to be in the right place first.”

As such, I really can’t recommend Mastema. Sure, it’s got style, and I’m informed it’s got boss fights and more interesting levels down the road or something. But to get there, I’d have to suffer through some numbly painful “oldschool” bullshittery that, honestly, I was quite happy to leave behind in my halcyon days of youth, and, honestly, I have better things to do. 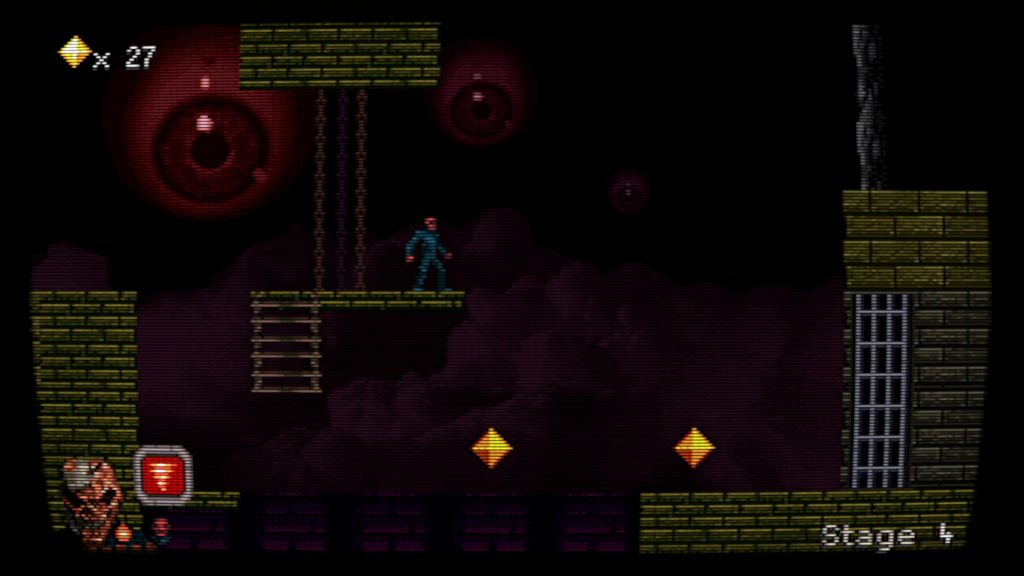 You can, no joke, die here. The final jump of this level.

The Mad Welshman likes imaginative gribbleys. But he’d also like that imagination to extend to gameplay dickery, if you really have to have it in your game…