I could write a single paragraph, and sum up Morphblade’s mechanics and concept. That’s how simple it is. I could sum up how I feel about it in a single sentence, if not the single word “Pleased.” That’s how uncomplicated it is to review. I could write a tiny essay on the tactical complexity the game’s simple rules and simple and easy to identify enemies provides, further fuel for my platform of “All games are made of simple rules, it’s what you do with them that counts.” 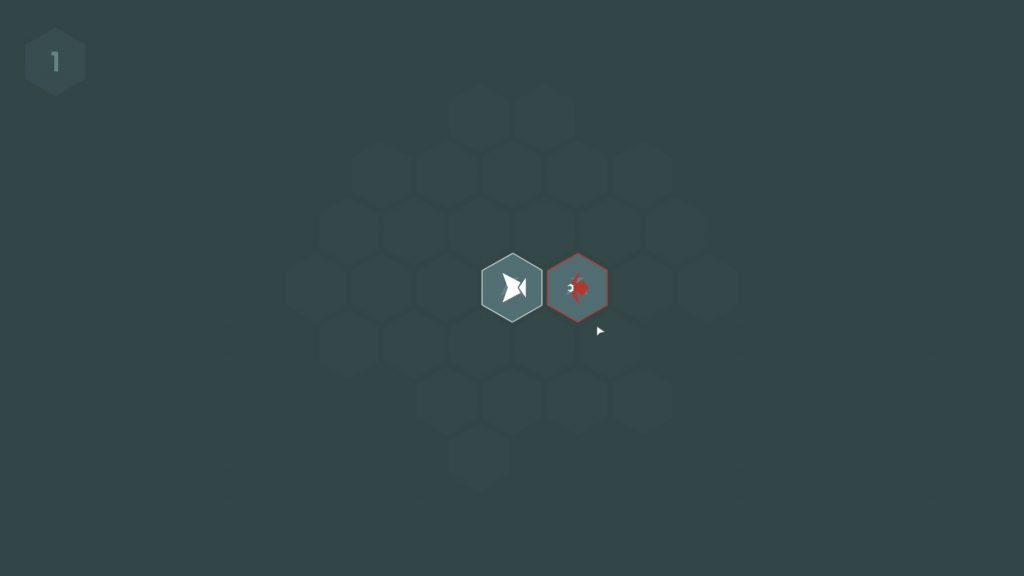 All games of Morphblade start something like this. There is, at first, one move.

I am going to do one of those things. Okay, maybe two. But first, I’m going to say it’s a short game where the pleasure is in playing. Unless you’re good, a single game will last all of two to five minutes. And then it will ask you whether you want to play again.

Instead, I’m going to use 264 words (counting this sentence), to ramble briefly about niches, and how “Short” and “Simple” are not dirty words. People seem to have this weird idea in their heads that if they have a short and simple game, they’re going to play it, get bored, and oh gosh, they’ve wasted… What’s currently the equivalent of two, maybe three bottles of Dr. Pepper. Oh no.

See, here’s the thing about short and simple games… Sometimes, you don’t want a long game. Even the people who say they want long games will find themselves, at 5AM (Coincidentally, it is 05:16), unwilling to touch their Torments, or their Age of Wonders. They’ll find themselves not wanting to stress out over their Overwatch rankings, or their Bulletstorm combos, or the inner complexities of a Hearthstone or whatnot. They’ll want something where they know what they’re in for… 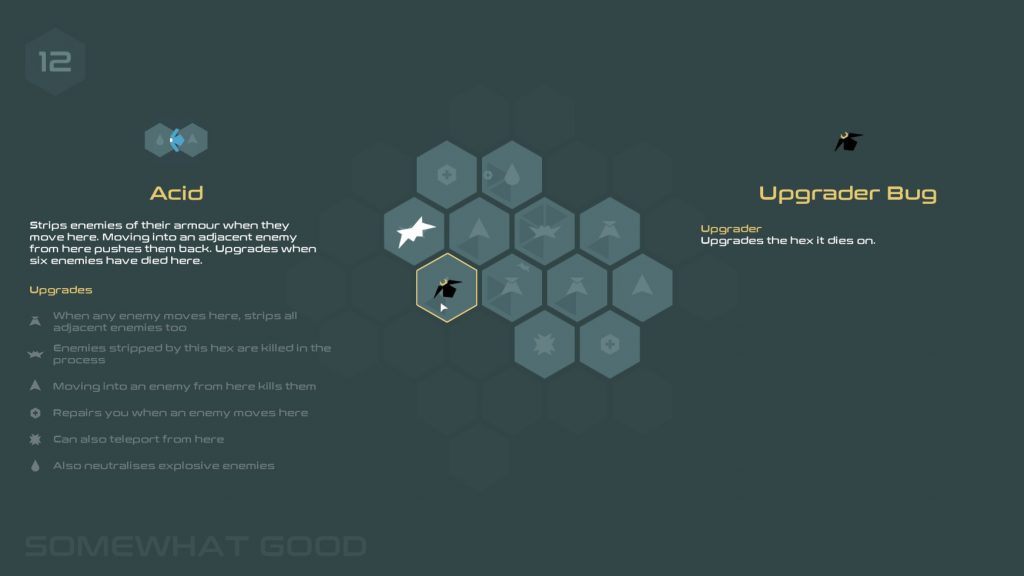 As you can plainly see, tiles and enemies have their function explained, and it’s easy to remember (Not pictured: With right click)

…And Morphblade will be waiting for them. Silently, it will be reminding them that all its rules are explained… As you play. That all its symbols are open to it. That it won’t need you to quit in the middle of a game, because the end is always just around the corner. Just a couple of false moves (Rarely one. Usually two. At worst, three), and it’s all over. And it is definitely your fault, but it isn’t a problem. It doesn’t judge. In fact, it wants you to play it, and you can tell because it’s highly accessible, with an easily deciphered and colourblindness friendly palette, simple, easily deciphered shapes. It fits its niche excellently.

I bet a friend a tenner I couldn’t write more than 500 words about Morphblade, but not only am I going to win this bet, I’m going to finish the review by showing you some simple steps as to how to see for yourself how simple, deadly simple, the game is.

First, you look at the top of this review. There’s that price, less than £4. There’s also a Steam Store page link. Go click that. A video will autoplay (Or, if you have autoplay off, you can click play), and Tom Francis of Suspicious Developements will spend less than 3 minutes demonstrating the game (The length, funnily enough, of a normal game) 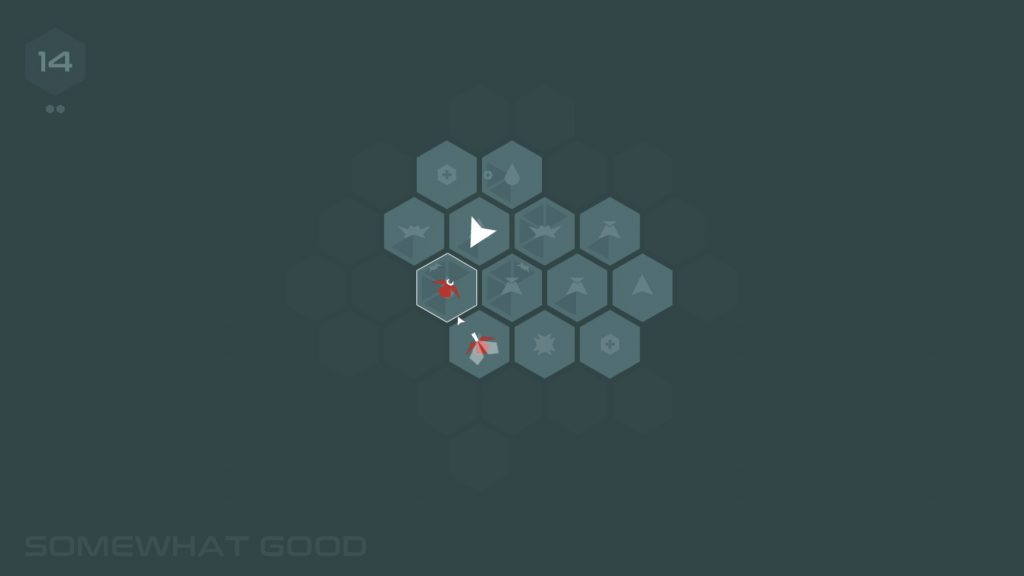 I can take one hit, so both of these enemy bugs are effectively dead. If one of them had been armoured, I could have run away. PLANNING.

I’ve now won a tenner, and am 6 quid up on my purchase. Which I can then use to buy Morphblade for a friend. Because I’m almost certain, based on play, the game, and Mr. Francis’ explanation of the game, that they will at least like it enough to come back to it.

It won’t mind. How can it, it’s a video game. Video games don’t judge. Only people do. I judged “Yea” on this one. You might too. 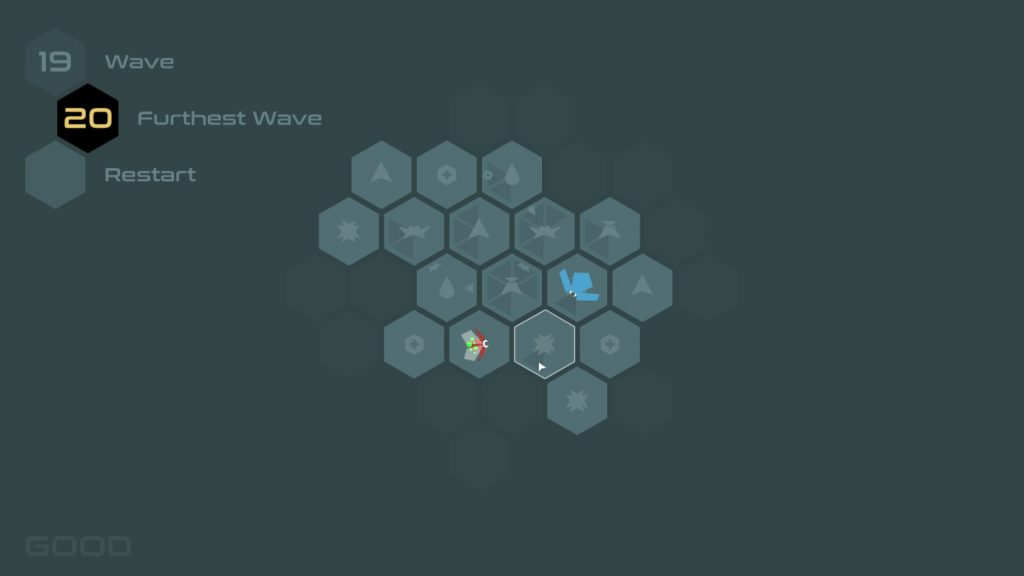 Inevitably, you die. The only thing the game doesn’t *tell* you is that the turn counter is also the menu button.” Which is a tiny niggle, honestly.

The Mad Welshman smiled. Wave 19 isn’t so bad. We’ll see if we can top 20 later on. Or… Maybe now. Yeah, nothing urgent going on.