Source: Cashmoneys
Price: £1.59
Where To Get It: Steam

Sometimes, it’s nice to take a break and look at a puzzle game. A nice, simple… Ah. 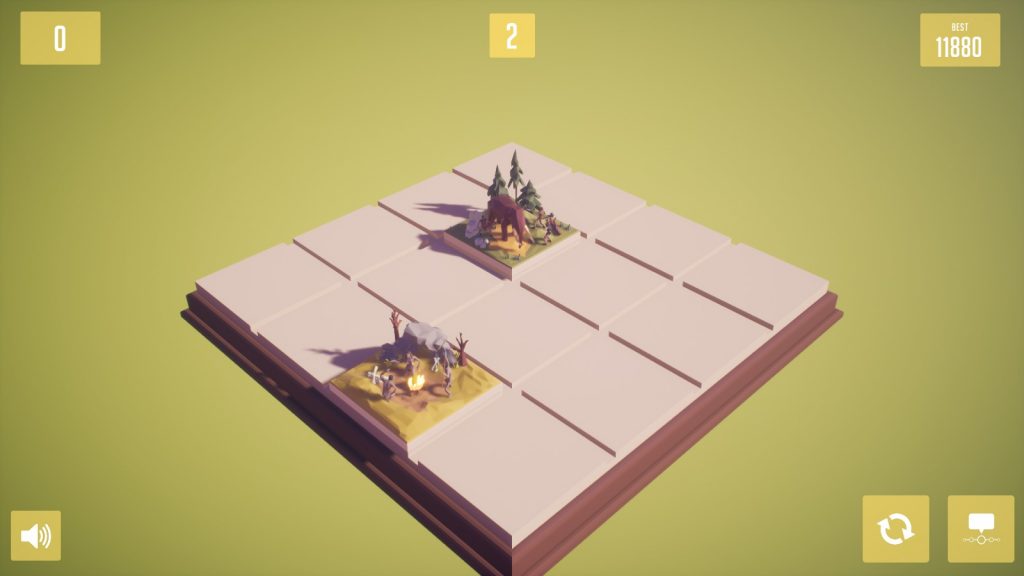 Oh, it *starts* so very simply indeed. So clear. And the concept is quickly grasped…

But just numbers has been done before! It’s visually unappealing! So… History. From the discovery of fire (1), hunting of mammoth (2), up to things like the ride of Attila’s Mongol Horde (512) and the commonly attributed era to which Le Morte D’elle Arthur (King Arthur’s legends, 1024, and where my best-tile score sits), the game uses low poly 3d graphics fairly well to make a simple board that nonetheless is pleasing to the eyeballs. No music, but simple blips, blops, and splooshes, along with the occasional twinkle, mark the road onward. 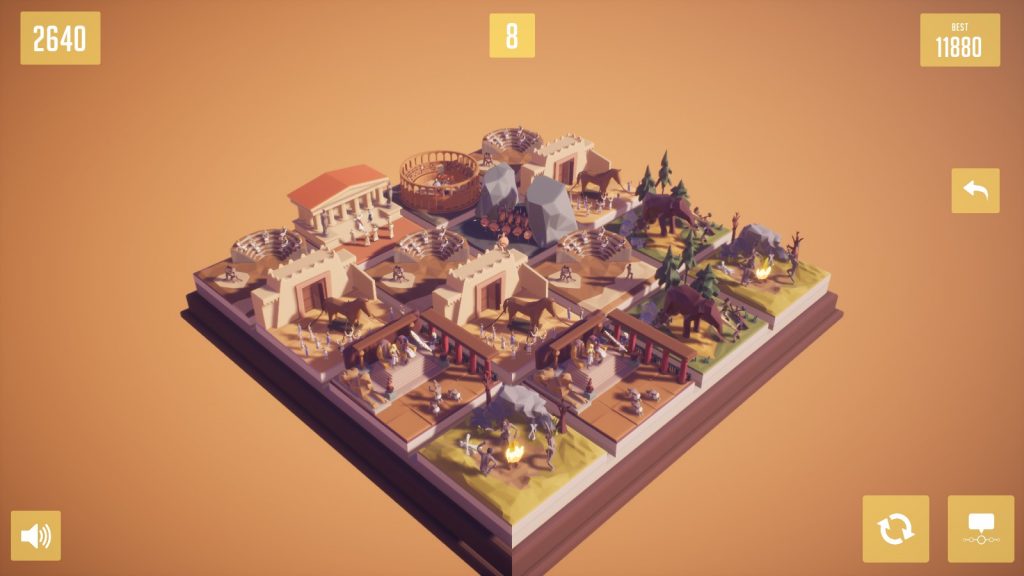 …But, in the end, complexity wins over the old grey matter. Almost inevitably. *Almost*

So, you slide, and you slide, and the splooshy blops make it look like you’re winning, but… That campfire. Right in the corner. Behind the roman coliseum. To get it, you’re going to have to change the direction of your play, and that… Oh, damn, now there’s a mammoth blocking it!

In summary, History2048 is nice on the eyes, okay on the ears, less than 2 quid, and the only niggle I can think of is that you have to quit via the window button. Which is obviously an appaling pro- h, no it isn’t. So the game’s just fine. Give it a go if you like simple to play, hard to master puzzles. 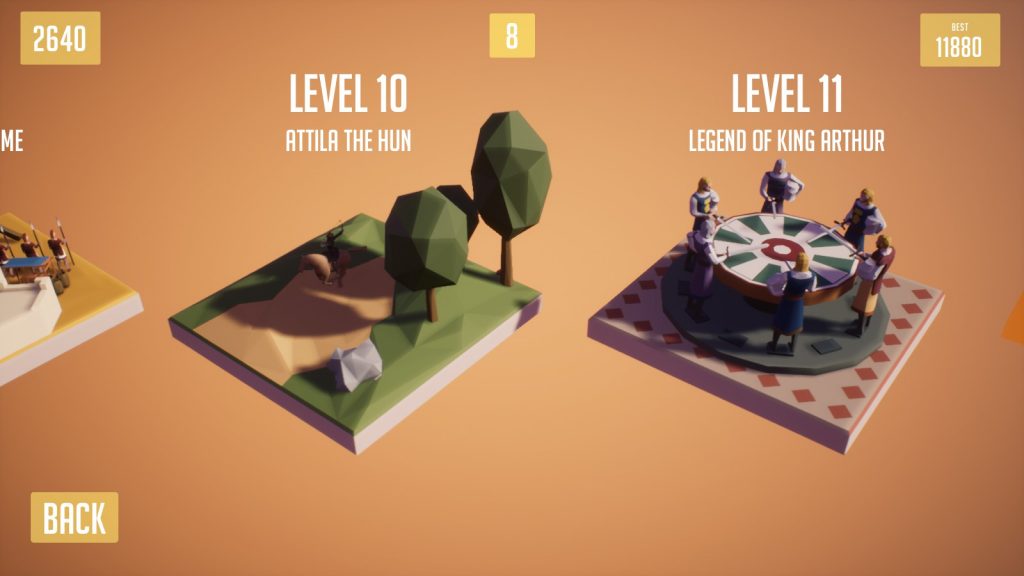 …Even if, sometimes, I question why certain things have been chosen as historical landmarks.

The Mad Welshman now has a top score of 13440. Feel free to tweet at him if you top that or, even better, beat the game.