Source: Cashmoneys
Price: £3.99
Where to Get It: Steam

You’ll notice the “Experimental” in the title here, and this is for a very simple reason: Sin Castle has not yet been translated into English, and I was curious to see if it was as accessible as it seemed from the video. Could it, in short, be played without knowledge of the language?

In short? Yes… And no. Now let’s get into the long, unpacking where it does well, and where it fails (Sometimes regardless of language.) 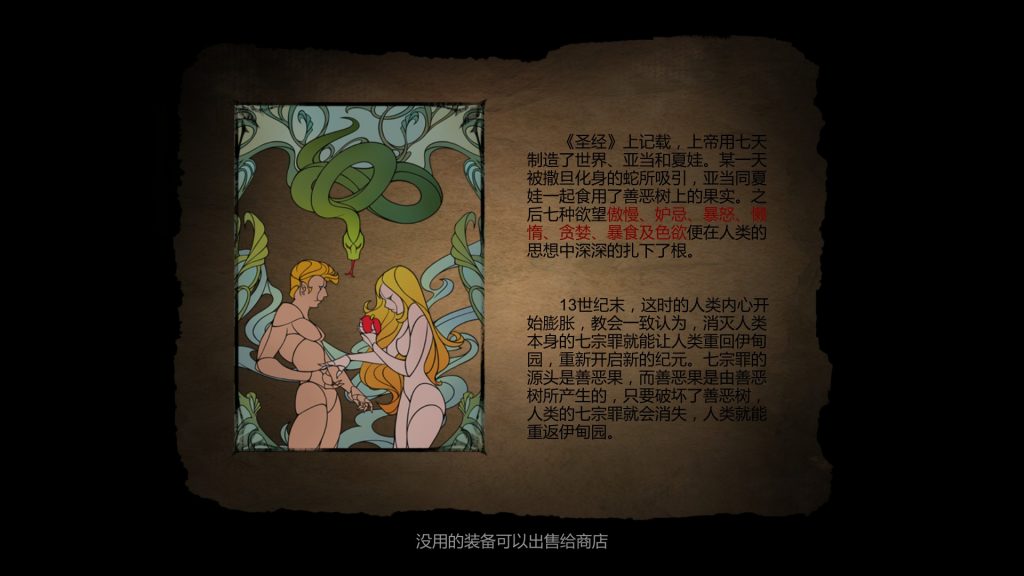 There was this Serpent, see? And he convinced the first two folks to… And then THINGS HAPPENED.

To give a brief summary of the game and what I understand of its story, it’s a puzzle game with roleplaying game elements where you click on things to interact with them, and use items to get ahead in what will be your main interaction, clicking on monsters to kill them (While they do their level best to kill you too.) The eight levels are themed on the Tree of Knowledge (Which started this whole Sin mess, if you believe some interpretations of the Christian Bible) and the Seven Deadly Sins of Christianity (Sloth, Greed, Envy, Wrath, Lust, Gluttony, and Pride. Not in that order.)

After only four hours of what can best be described as “Bumblefucking my way through”, I have reached what is either Greed or Envy. The level graphic could, to be fair, mean either, but I’m tending toward envy, as equipping good items seems to raise enemy stats. Each level, as you might have guessed from this, has a somewhat thematic set of gimmicks. And sadly, it’s these gimmicks that make the game harder if you don’t speak the lingo, and at times bring the game down regardless.

Let’s take the first chapter, the Tree of Knowledge, and its two main gimmicks to start with. One gates progress, while the other simply makes things more difficult at the end. Let’s start with the one that makes it more difficult to beat the level: Some of the enemies (Demons of some variety, I’m guessing) have a two-faced symbol on them. There are two items you get fairly early on: A stocks (of the “Put someone in the stocks!” variety) and a Rod of Asclepius (Symbol of healing and medicine.) Kill the monsters with the two-face symbol without using the right one of these two on them (And it is not always the Rod, unsurprisingly), and they buff the Tree’s draconian guardians, with a worst case scenario of making the final three guardians tedious, and the last one nigh impossible to defeat. Use the right symbol, and a blue winged shield will appear, presumably saying it’s fine to kill them. Wrong one, and you might as well not kill that enemy. 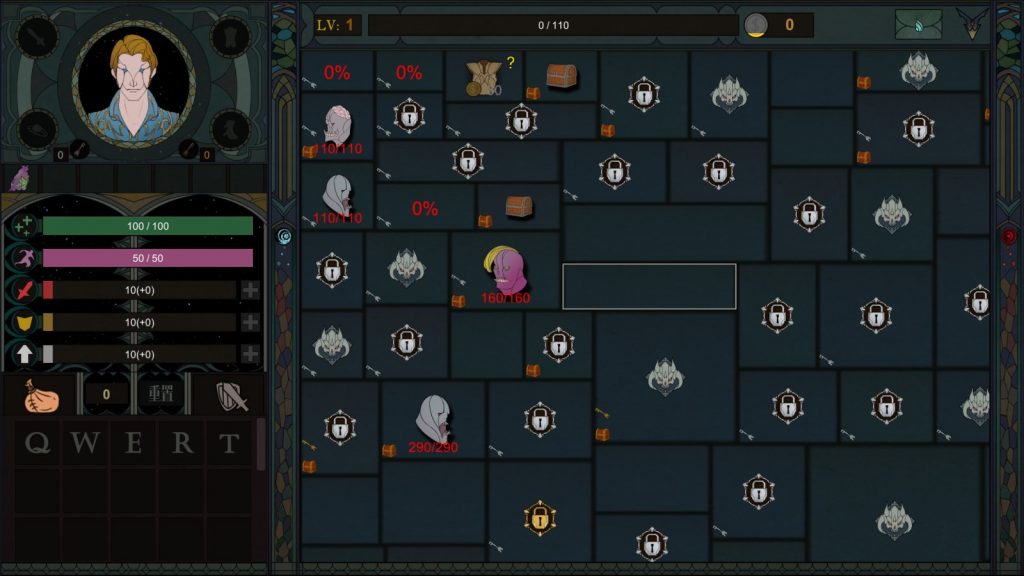 Each level of the castle is its own thing, with progress not being carried over. And, after the prologue, maps can get big.

This is an interesting gimmick, but the language barrier makes this one a bit trial and error, as does, for example, the gimmicks of three of the four boss monsters in the second level, Gluttony. The other gimmick of the first level, however, is…

…Look, you can’t kill certain monsters (As you don’t have the right weapons) until you beat the Serpent of the Garden in Rock-Paper-Scissors. Except it’s Sword (Quicker than axe, breaks on shield), Shield (Blocks sword, axe breaks shield), and Axe. And, unless you went fully Hitpoints on your stats, you have, at worst, 2 incorrect answers before you die and start again, compared to the Serpent’s 5. To say I am not enchanted with this is an understatement along the lines of “The Atlantic is a bit damp.” I am also less than amused with how certain monsters are a matter of slooooooowly out damaging them, waiting for your regeneration to hit safe levels before hitting them for just more than they can regenerate in the same time, and… It takes a few blows to see, on average, if you’re actually doing anything with said creatures. 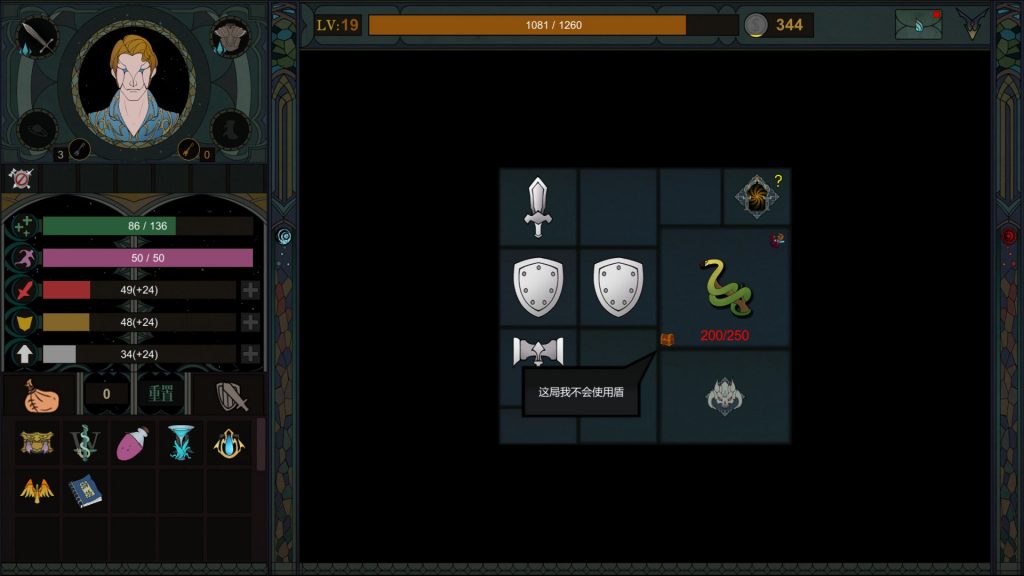 Hrm… 50HP deducted for each wrong answer… I feel the deck is *slightly* stacked against me, Mister Snake!

You can, for a certain (rising) fee, respec your character, or attain silver and gold keys you might be running low on or out of, and you do slowly get money on a timer, but these both feel, not so much balancing out, but padding. Especially as both price and timer on the keys go up as you attain more. Each Sin’s level is self contained, starting you at Level 1, no stats, no keys, and some levels, yes, have less keys than others. It can be frustrating at times.

Overall, though, this is an interesting concept, it does some interesting things, and it has a cool and good aesthetic to it with what appears to be good colourblind awareness, nice music, and okay sounds. It’s just the execution could use a little polish.

The Mad Welshman knows a fair bit about Sin. Kind of comes with the territory of being a moustache twirling villain, really…