Source: Review Copy
Price: £22.99
Where To Get It: Steam, Humble Store

Real Time Strategy in space has always been a tough proposition. Mainly because space is big, and the early game of any such endeavour can, done “realistically”, have all the fun of watching paint dry, while the mid to late game can be plagued with doing a thing wrong, then not realising for a good hour (or until it’s too late, whichever comes sooner.) Dawn of Andromeda, sadly, is no different in this, despite a potentially interesting main campaign. 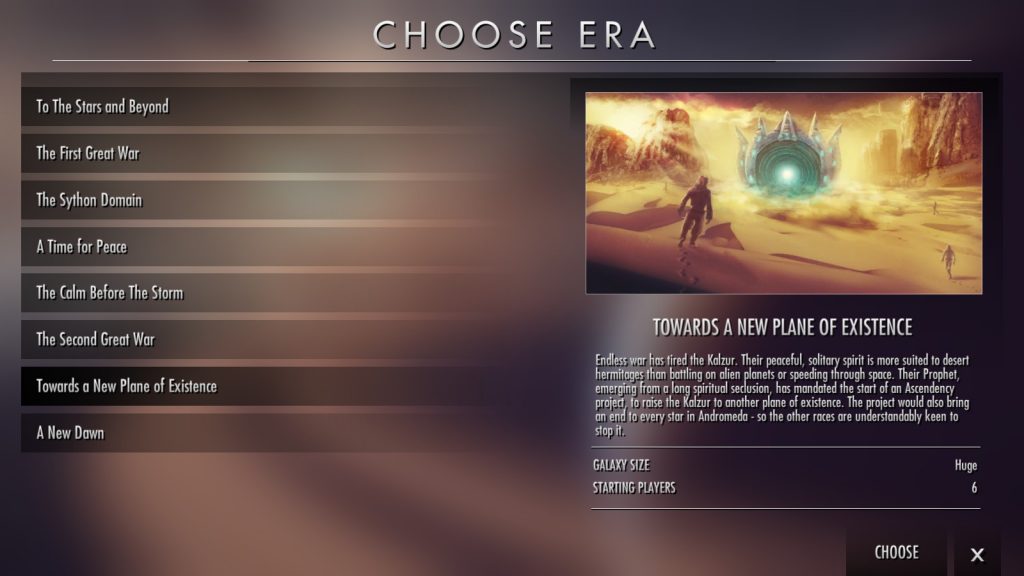 Let’s talk about that campaign narrative a little, because honestly, it’s a feature I see very little of in the old 4X (eXpand, eXplore, eXploit, eXterminate) genre these days, and one involving multiple alien races in a grand tapestry of war, tragedy, and shenanigans? Sign me u-

Oh. Oh wait. I can’t find that mercenary I just hired and sent to kill a bounty for my current best friends, the Sython (Who the Terran Empire totally isn’t going to go to a long, expensive war with several times over the next few millennia before somebody else screws it all up.) Wait, I found him again, and… Wait, I lost a survey ship? When did I? Oh, while I was watching this guy half a galaxy away. Meanwhile, I’m debating which of the more far flung colony worlds I should try expanding to, in the hope I can actually defend them. 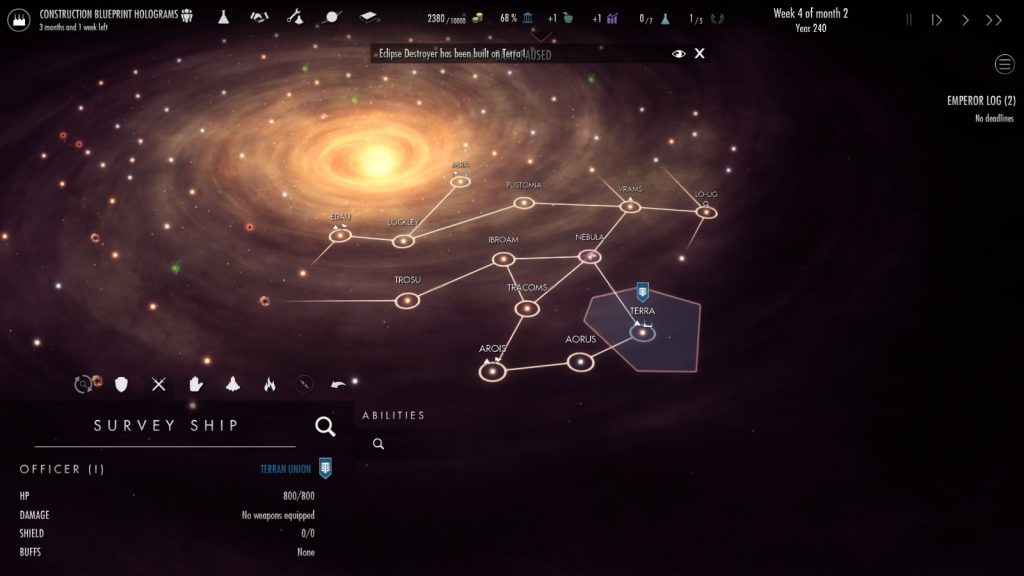 Space is not only big, but also rather sparse. This is something I’m not actually that fond of being reminded of in space opera games, for some reason.

What I’m getting at here, folks, is that Dawn of Andromeda is not the friendliest of games. There are three game speeds (not counting pause), and while they’re marked “Slow”, “Normal”, and “Fast”, I have different names for them: “Can actually see a fight happening”, “Can watch bars slowly tick up”, and “The speed I go at while I’m waiting for things to happen.” Pause is pretty much my default state while I try to work out what the hell is going on with my scouts and survey ships and, in one particular case, watching a bounty slowly, but surely, escape the guy I’d just hired to take it.

Meanwhile, there’s a lot to take in, adding to the “A lot of the time you will be paused.” Understanding an alien race enough to talk to them is a research project, taking time away from your research. Adding to a world’s power requires an infrastructure investment, which will cost you some money a turn until it’s done. You have an approval rating, which will cause rebellions if it’s low, and goes up and down based on… Factors. Decent living conditions help, as does an assigned councillor who isn’t an asshole. It’s not very colour blind friendly, to the point where, zoomed in to a point where I have two ships chasing each other in my field of view, I can’t actually see the things without straining my eyes (Drag selecting will only select the ship I directly control.)

It tries to help, really it does. It has “Zoom in here” icons in the planet tables, fleet tables, anomaly tables… But the main screen is a mess. The UI isn’t the friendliest. Ships can chase each other for a long time without fights happening, and ships attacking from the front will move toward said fast ship, then tail along behind it, losing it like the other poor bastards chasing it in the first place. Providing you have the foresight (and opportunity) to pull such a maneuver off in the first place. 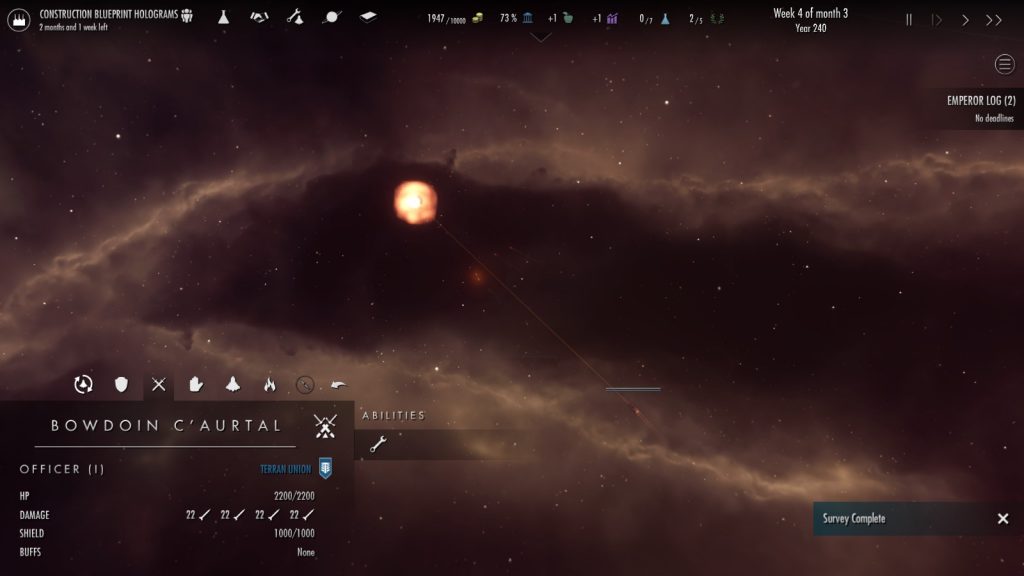 I’m sure the game has some interesting things in it. I’m sure it has something, some potential. But I’m finding frustration in even the easiest of scenarios (Where I am informed, and tentatively agree, that even finding the alien worlds may well eat up the whole 2 years allotted for “survival”), boredom from the sparse universe, and quickly realising that it amounts to “Build lots of ships, point them at whatever enemy while holding your own worlds safe”, despite its other trappings. As I am occasionally forced to say, the game resists being played.

The Mad Welshman accepts that Space is big. But surely it’s more interesting than this?