Source: Review Copy
Price: £15.49
Where To Get It: Steam
Other Reviews: Early Access 1, Release

“You’re a loose cannon, Hacktag! Competition and co-op play in the same game? Hand me your badge!”

And now, we return you to… Hacktag

People forget, I think, how many possible ways there are of making a multiplayer experience single player. They also forget that sometimes this can be quite tough. AI companions require extra code, extra thought. A checkpoint based auto companion can feel very samey, but cuts down on the work. 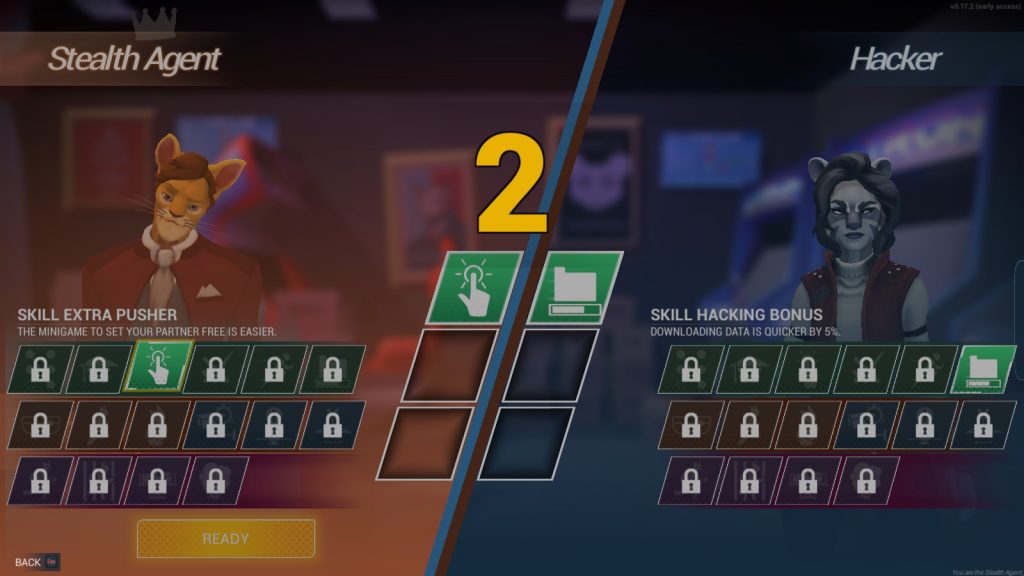 Hacktag has gone for something a little more old fashioned, but it’s interesting to note how it changes the game: Split-screen, swappable solo. One keyboard, two characters, and you’re switching between the perspective of both. How is it?

Challenging! With multiplayer, the other player is able to spot and avoid threats just fine on their own. The only times you worry about them is when they screw up and get caught, when you screw up and need to be rescued, or when you both need to be at the same place for the dual hacks. With singleplayer? Ahh, there’s the rub. Because whether you’re on split screen or full screen perspective for each character, once you switch characters, the other is helpless, and so, timing becomes much more important. As do safe zones. As such, it’s both a more challenging, and, at the present stage at least, frustrating experience. In the middle of a dual hack when bam, guard. Stealthing to the next safe point, but… Crap, antivirus. It’s got a lot of planning to it, that’s to be sure. 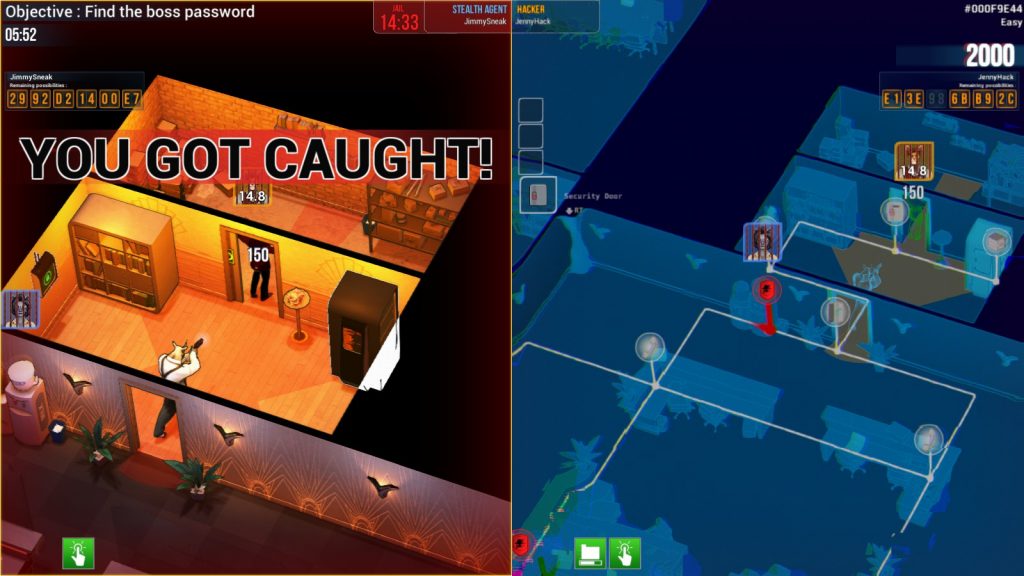 Nonetheless, if that were the only change at this stage, rough as it is, I’d be happy. But the general experience has improved as well, with more types of event, rejiggered minigames for hacking and stealthing, and… Traps. Sometimes, it’ll be the standard “There is an alarm, get to it and disable it before it goes off.” Sometimes, it’ll be a laser grid, to be avoided in either hacker or stealth mode until the timer runs out. What’s nice about that one is that it varies depending on who triggers it, a clever touch that swings things a little back toward parity between stealth and hacking play.

The competitive score with co-operative play remains (And seems to now firmly be a part of the vision), but skills and cosmetics have also been improved, so levelling up gives a broader depth of rewards, and now, should your heart desire, you can be one of a small multitude of anthropomorphic animal cat burglars. Go you!

So, on the whole, the potential of Hacktag is really shaping up. Good co-op play can tough out even the meanest of missions, be it local or multiplayer, solo play is there for those of us who like planning (and also acknowledge that a plan never survives contact with the enemy), and, even aesthetically, there’s a little more variation. There are still some bugs and glitches, but they are, at the present time, relatively minor, so, overall, I guess I’ll leave you with the denouement of this episode of Hacktag. 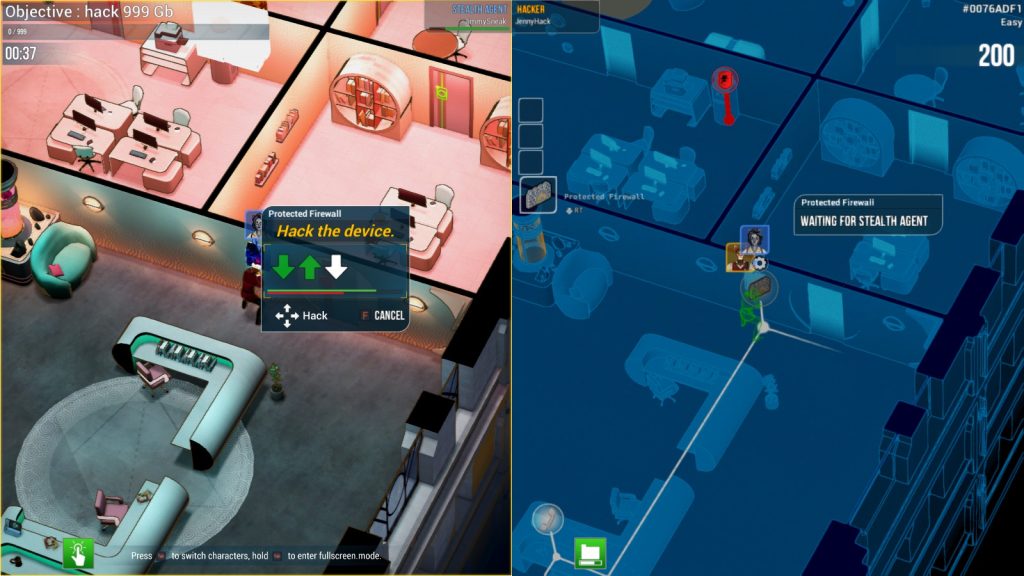 Solo *does* have the option of switching between fullscreen perspectives, but… Nah, not risking it!

The Mad Welshman recommends this and many other games… Because they’re video-games. And all your friends are playing them.