Crest is a god game, and one that intrigues me. How can it not, when rather than direct control, doing quests, or building buildings for my worshippers, I’m giving commandments, telling folks things like “Peoples of the Savannah, explore your new home!” (With the caveat, added later of “Peoples of the Savannah, please don’t go near my lions, I haven’t ironed out that whole ‘Killing you’ thing yet… Soz.”) 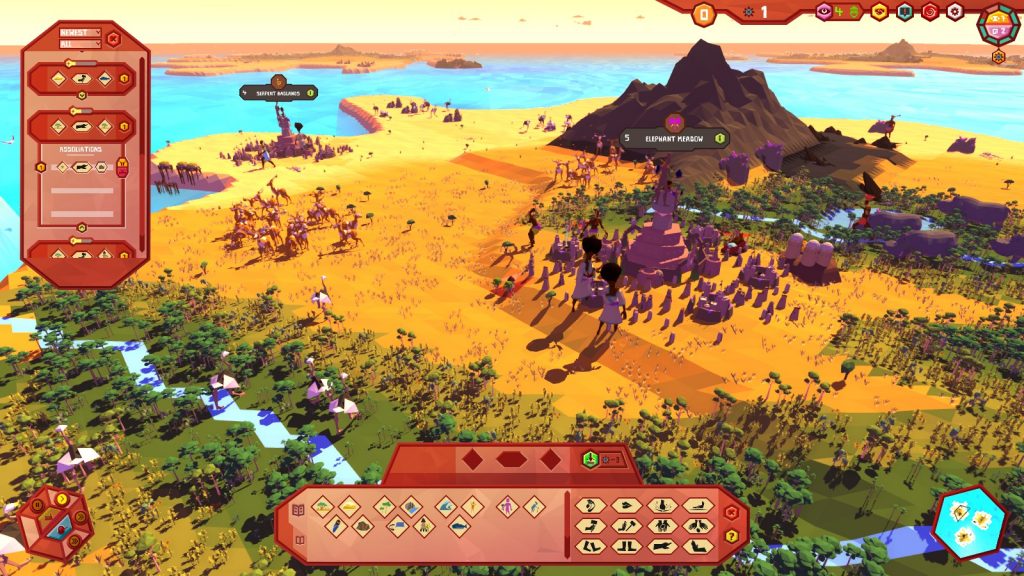 Alas, right now, I’m having to remind them, every now and again, to make food to eat. And considering my power is limited, moreso if I haven’t given them commandments they liked, replenishing every half year, it’s a little bit of Goddery that I can do without.

Well, still plenty of time for rejigging, and I can wait for that, as, beyond this niggle, the game is quite cool, both aesthetically and in terms of ideas. A low-poly, Sub-Saharan world, the lions and hippos and antelope (Oh my!) breed, wander, eat each other, while my stylised tribesfolk breed, wander, and… don’t eat each other. Unless commanded. Maybe. The UI, while a little confusing at first, is helped along by a tutorial that plays with each new game, teaching you about giving commandments in the form of [Worshipper type] – [(Do/Do Not) Verb] – [Target] .

It’s quite clever, really. There’s not a lot of ways you can outright order the destruction of resource based items, you can check what a commandment actually says before you send it, and, as noted, you have the twin considerations of limited, worshipper based power, not only to give commandments, but also to approve or deny when followers… Get creative with them. Silly me, not writing these things in sto- What, those got futzed around with too? Bloody humans. 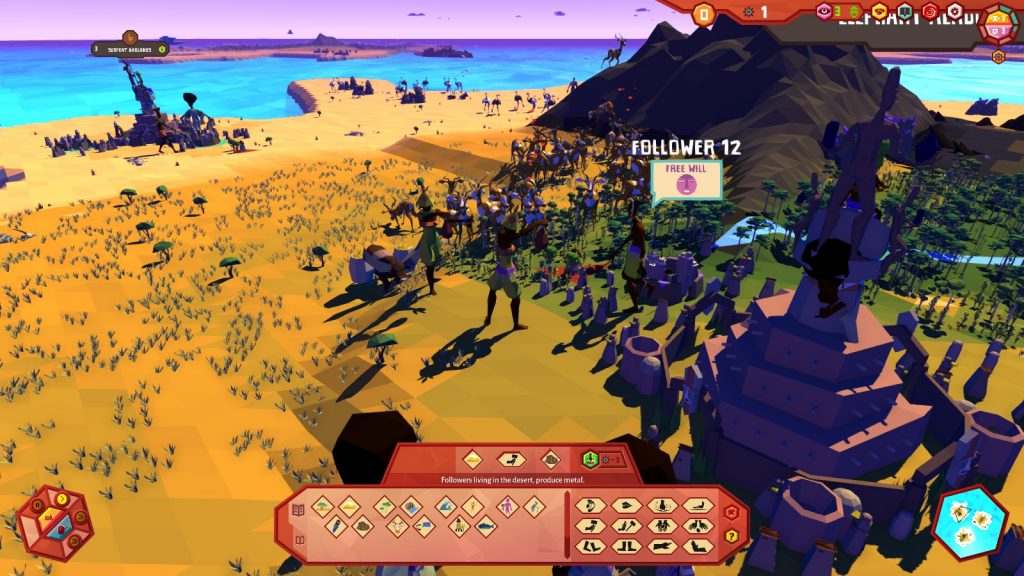 I’m somewhat proud of myself for establishing trade among my chosen people. Even if, a few months later, most of them starved from being too busy to fish or farm.

Yes, commandments are, over time, either forgotten or changed (or both), and, as it turns out, followers are averse to three things: Commandments that don’t fit their (shifting) philosophy, being told “No, when I said build farms here, I didn’t mean turn everything nearby to a different terrain type”, or silence on whether their hot new idea for a commandment impresses the boss that gave it to them. On the one hand, it’s an interesting idea, and has some interesting balancing acts. On the other, that balancing can, with too many commandments, quickly turn into micromanagement, and oh boy, do I want to give commandments, because without things like exploring, I and my followers don’t get new words to play with quickly. Words like “Lion” (Important for “Don’t go near the lions, they’re bad for you”) , Metal (“You can make shit with this.”), or “Socialise” and “Trade” (Important once they’ve got more than one settlement.)

So, in essence, Crest is a God game trying something different, something potentially very interesting, but also has bits of micromanagement that, honestly, it could do without. Everything breeds on its own, can they maybe, once they have the idea, realise that farms and fishing are kind of important to their lives? I don’t know, maybe my commandments are interfering with each other. Maybe I’m just a Bad God. But I’m certainly waiting to see what comes closer to relea- PUT THAT DOWN, ABDU! NO, ROCKS ARE NOT FOR EATING, THEY’RE FOR MINING OR – ZOYA, HOW MANY TIMES HAVE I TOLD YOU NOT TO PLAY WITH LIONS, LOOK AT THE STATE OF Y- 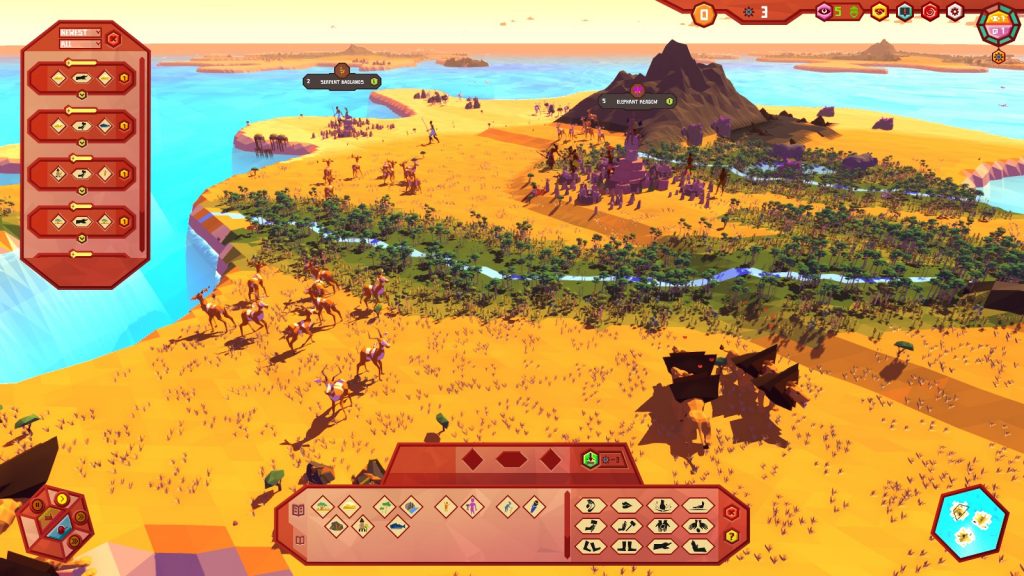 If it’s dancing or has hearts over it, odds are it’s something going forth and multiplying. That constitutes a *lot* of this screenshot.