Source: Free copy due to owning the original.
Price: £6.99
Where To Get It: Steam

When I reviewed Shadowhand, late last month, the last thing I was expecting was to be talking about the earliest “Solitaire with a story” game that I’d played, 2010’s Faerie Solitaire. And yet… Here we are. So… Solitaire, but with Faeries, and Remastered, how is it? 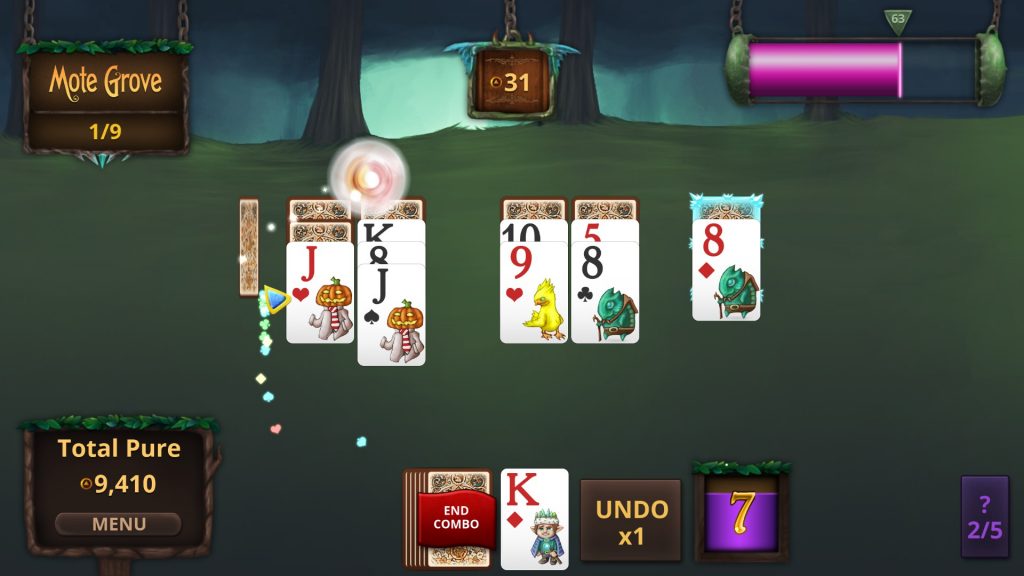 Ahhh, that twinkle, that sound you sadly can’t hear because it’s a screenshot. It’s nice to get rid of cards.

Well, there are, in fact, some changes under the hood. Eggs, for example, which had been a pain in the rear to collect, now drop more frequently, although the developer has stated that they’ll be adding more creatures to the egg pool. Spare cards have been replaced by wild cards, found the same way you find eggs and resources (by getting to the bottom of a stack, and finding them), and the game can now be put in an adjustable window. There’s new mechanics in the Challenge mode. So, overall? Yup, it’s an improvement!

None of this, of course, changing the basic idea, which is exactly what you’d expect: Get rid of cards, preferably all of them, by going up or down in numeric order, and filling arbitrary goals like “Get rid of seven cards in one go”, or “Get rid of all cards in three out of the ten rounds of this level.” Succeeding in these goals, and getting rid of enough cards in each round, means you get to smash a crystal with a fairy trapped inside. Before you even know why these fairies are trapped in crystals in the first place. Which is a nice segue into the story, such as it is.

In the land of Avalon, there’s magic, and a balance between these forces. But something is unbalancing them, and our young, male hero is out to repopulate the land by freeing fairies, and spending magical card money to give them buildings, which helps his card removing skills, his egg raising skills, and other skills that… Look, it’s paper thin, and you’re not really getting this game for a narrative magnum opus. You’re not getting it for the backgrounds of each area, either, as even with a remaster, they’re muddy paintings, a mere framework to let you know “You are in a mushroom land” or “This is the spiky place.” 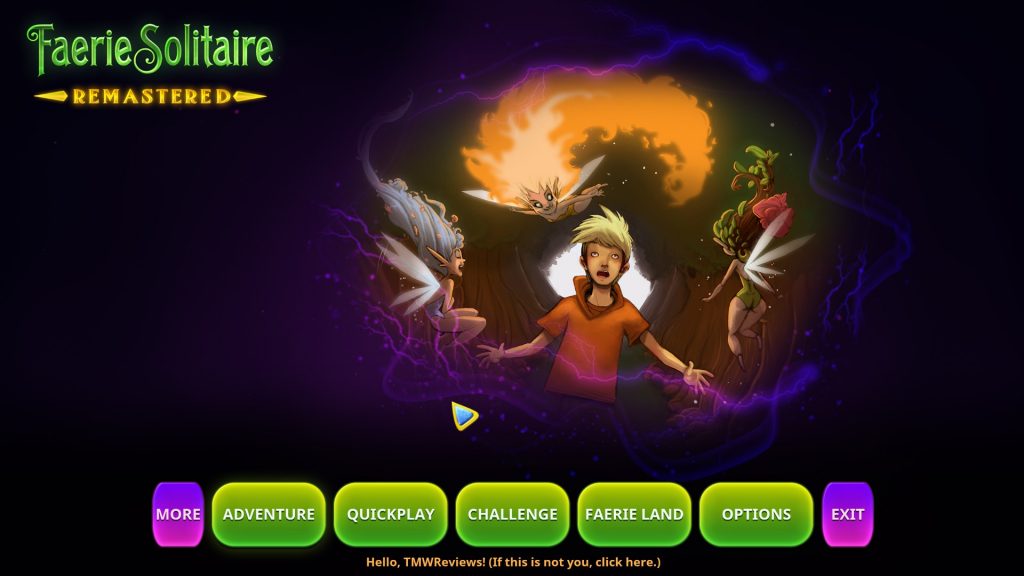 Despite the backgrounds not feeling like an improvement, some of the art *has* improved.

No. What you’re paying your seven pounds for is 400 different rounds of Solitaire with puzzle elements such as fireballs to free up frozen stacks, roses to clear thorn stacks, and other fun things, split among 80 areas, themselves split among eight worlds. You’re paying for that minor serotonin rush of the cute widdle beasties you unlock and level up, and you’re paying for a free copy of the original game. Which is okay, as noted, so long as you’re okay with solitaire puzzles. Faerie Solitaire, even remastered, remains an okay game. Which is all it needs to be.

In the interests of disclosure, The Mad Welshman would like to note he didn’t spend as much time as he’d like with Faerie Solitaire, due to the unfortunate fact it fits with the more esoteric triggers for his epilepsy. Epilepsy can be weeeeird, folks.