Source: Cashmoneys
Price: £10.99
Where To Get It: Steam , Humble Store
Version Reviewed: Build 59i
Other Reviews: Early Access 1, Release

When things are this close to release, and the nicest things I can say is “Mages seem to work better, and bows are sort of viable now”, you may be able to figure that I am, as before, distinctly unfond of Vagante’s particular flavour of difficulty. I will, grudgingly, admit it has improved a little. But it still has many of the same issues. 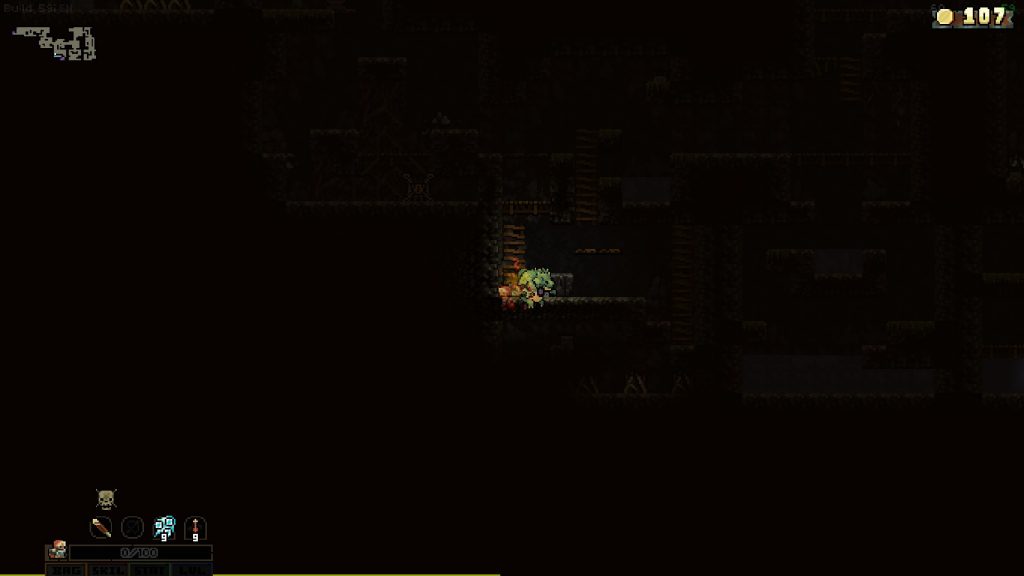 To recap, Vagante is a procgen platform action dungeon crawler, where you pick a class, attain gear, try to defeat bosses and levels, and level up with each level you beat. Healing is very scarce, and if I felt the game were well balanced around that, it wouldn’t be a problem.

Unfortunately, bosses can best be described as “Absolute arses.” In more technical terms, even the first area bosses (Of which you will encounter all of them: A goblin warlord, a dragon, and a poisonous worm) are battles, not of tactics, but of attrition. Not all classes have an active defense (and those who do, only attain it through levelled abilities) , so taking damage is, in most cases, pretty much a certainty, as options with any sort of decent range are, to put it bluntly, crap. Bows don’t do a heck of a lot, Magic Missile doesn’t do a heck of a lot, wands have cooldowns and the same problems as any spells they own. The reason I found the Mage had improved somewhat as a class? Eleclance (One of the few spells with infinite charges per level, and a consistent, relatively high damage rate) by default.

Of course, this is all talking about the first area. Once the second area is hit, all bets are off, as bosses not only have vastly increased hit points, they also have some seriously beefy attacks and defenses. One boss, for example, has a ring of damaging projectiles circling it, and it can phase through walls. Good luck running away. Good luck getting close enough to hit it. Good luck surviving long enough to plink at it from range. I can’t tell you about later areas, because I haven’t gotten to them. I’ve beaten Spelunky. Heck, I’ve beaten LaMulana, and this game not only resists being finished, the kinds of deaths I’ve encountered make me, honestly, not want to finish it. 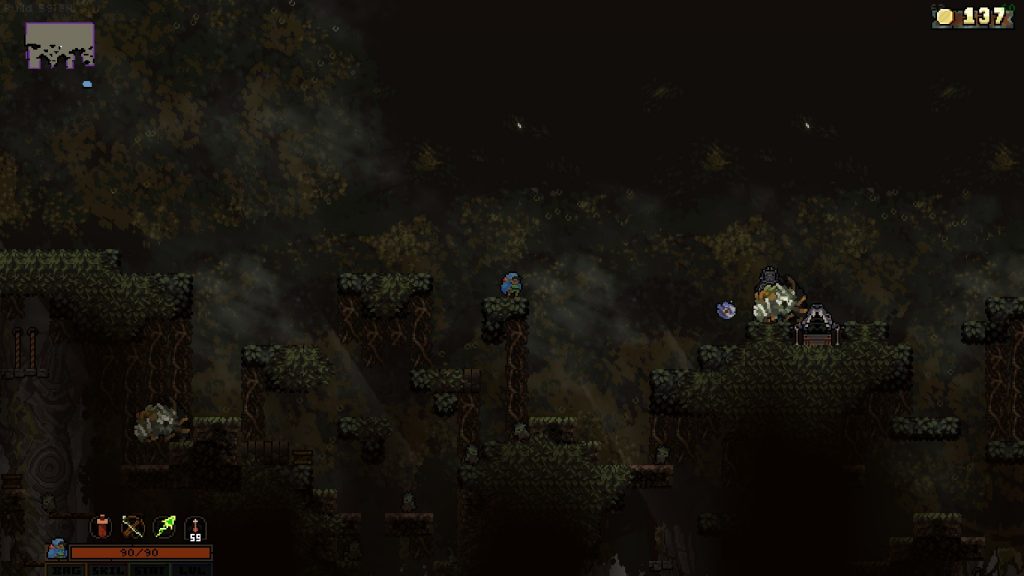 The Woods, the second area, is somewhat lighter. Still dark enough that you can’t tell what’s going on with a thumbnail.

I’ve fatfingered jump, very lightly, and died on spikes from a tile high. I’ve been lovetapped to death by misjudging a bat… After having beaten all three bosses of the first area. Heck, at times, I’ve known, before I’ve even found the boss, that I’m not going to win the damage race, because a goblin got lucky, or the aforementioned bat misjudging happened, or I came across a situation where I was going to take damage, be that due to unfortunate enemy configurations, or an enemy blindsiding me that I was sure I’d be able to murder (Explosive moths, for example, are best avoided, rather than attempting to attack them. Their movement is only technically predictable.)

Is there good? Yes, and that, really, makes how I feel about this game worse. The music is good, fitting mood pieces for the areas. The sound isn’t bad. The enemy designs, while not all new creatures, are still interesting. The skills are more clear. But if a weapon isn’t of at least Normal speed, odds are high it just isn’t worth working with timing (and some weapons have minimum ranges, less than useful when any melee enemy just wants to get right in your face), the first area is very dark, making it an eye straining and awkward experience to play… And, considering that all content is now in the game, bringing it fairly close to release? All these little frustrations, these decisions that seem more based on arbitrary difficulty than challenge, don’t make me confident that I’m going to be changing my mind about not liking Vagante on release. 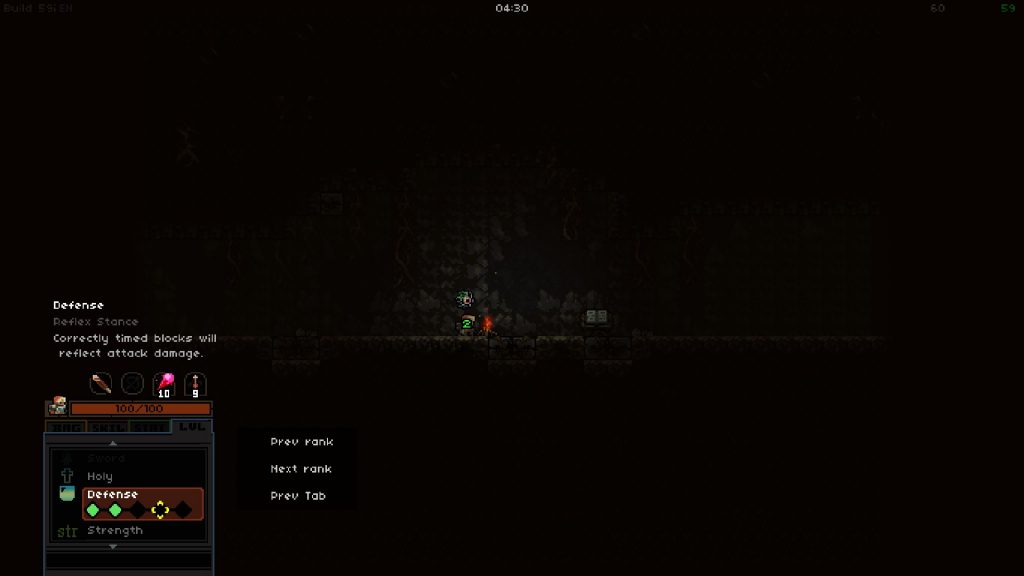 Skills being more clear. Note: The shield blocks *physical* damage. So 2 out of the 3 bosses in the first area can still hurt you.

The Mad Welshman was correct in his last Early Access review: He’s already sick of the damn caves. Also the dagger remains what appears to be the best option.