Source: Cashmoneys
Price: £15 (For all three episodes. The third isn’t out yet, and will be covered separately)
Where To Get It: Steam
Other Reviews: Episode 3

Ah, the early 90s. A time of ‘tude. A time of textured, low-polygon worlds, often heavily interlaced. A time where plots were paper thin, gibs flew freely, and nobody asked “What’s my motivation?”

Okay, so this isn’t entirely true, but a lot of people remember it that way, and DUSK? Tickles that nostalgia gland. Looking for a nuanced protagonist? Nope, you are a shootman. You shoot, and you shoot, and you shoot some more, because folks and creatures who are most likely evil want to shoot you. Puzzles? Sort of, if by puzzles, you mean finding walls that look suspicious, blowing them up, or finding switches to open them, and, of course, the hunt for up to three colour coded keys you need, Red generally being last. 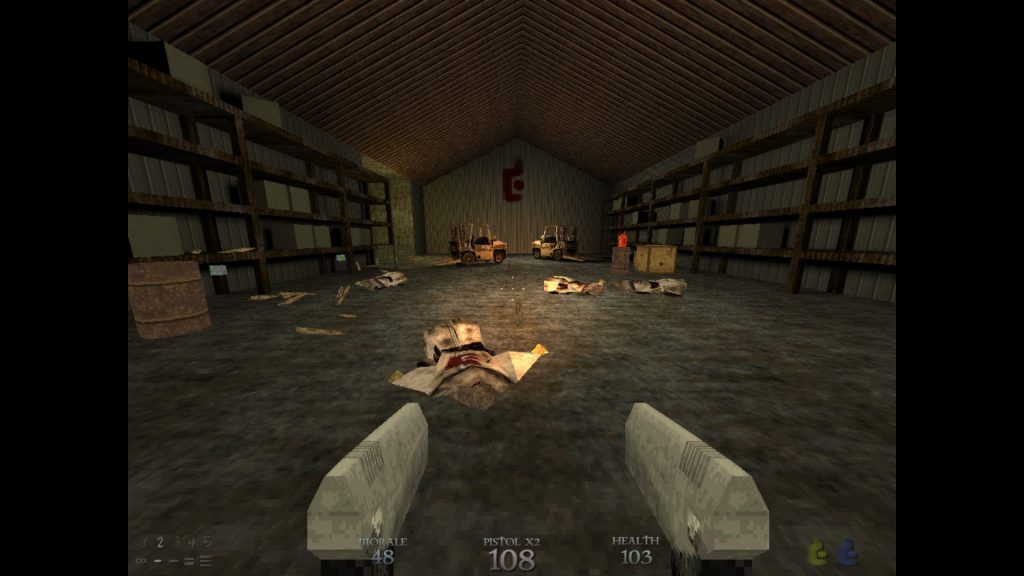 The satisfaction of both a job well done, and the possibility of the last key nearby.

Honestly, even if Dusk wasn’t quite my cup of blood (and it is), I would appreciate the sheer commitment to aesthetic. The world is low poly and grungy, everything is chunky, and while there’s no need to reload, hitting the time honoured R key will spin your weapons in a cool way that vaguely looks like somebody reloading stylishly. Similarly, the music is hard, dark, and fitting with the grimdark sort-of-plot that Dusk has. Namely, evil experiments, a cult of worshippers who need stopping, and teleportation experiments. If that seems familiar, yes, it’s hammering together elements of Quake, Blood, and Doom in ways that, honestly? Don’t have to make sense. There is no fall damage, so feel free to look awesome as you drop from the sky raining explosive death.

So far, I’ve been quite complimentary, but it mustn’t be said that Dusk takes only fun lessons from 90s shooters. Bosses aren’t too challenging, beyond the fact that they have boodles of life and do a lot of damage if they hit. Some of the levels (Looking at you in particular, The Steamworks!) are dark and mazelike for the sake of being dark and mazelike, and are a sod to navigate, even for a 90s style shooter. Homing attacks from some enemies are annoying, even as they add a dimension to the combat style the game wants you to be playing with: Always moving. 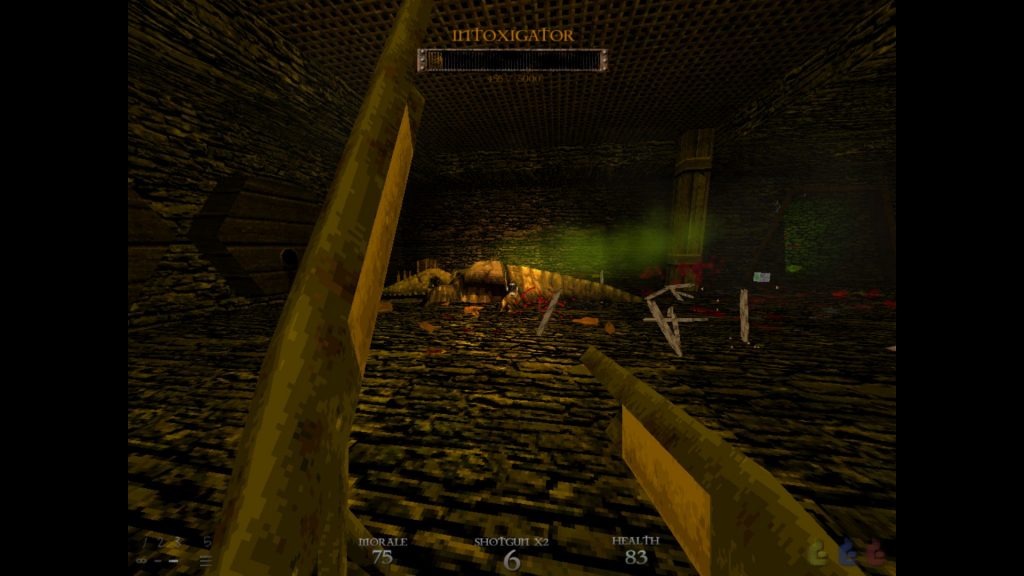 The weaker weapons are all dual wield capable. The shotguns, in particular, are a joy to use.

Still, so far, I like Dusk Episodes 1 and 2. Since the game is episodic, I can quite happily cover these two episodes separately as actual reviews, and the third when it comes out as its own thing. The gunplay is a surprisingly clever game of resource management, as, while using a hunting rifle on mooks is entertaining, you’re probably going to need that ammo for more dangerous enemies, and the pistols see use pretty much throughout.

In the end, Dusk is an entertaining throwback to the days of swearing at your CONFIG.SYS and AUTOEXEC.BAT , without all that swearing and asking why the hell you have to reboot your computer because a game doesn’t like what you put as your HIMEM, and with a few design lessons of the modern day thrown in. If you like love letters to Ye Olde Days of Gibbing, that Tarnished Golden Age, then yes, Dusk is worth a go.

It even preconfigures the Soundboomer card correctly. Bloody magic, that is. 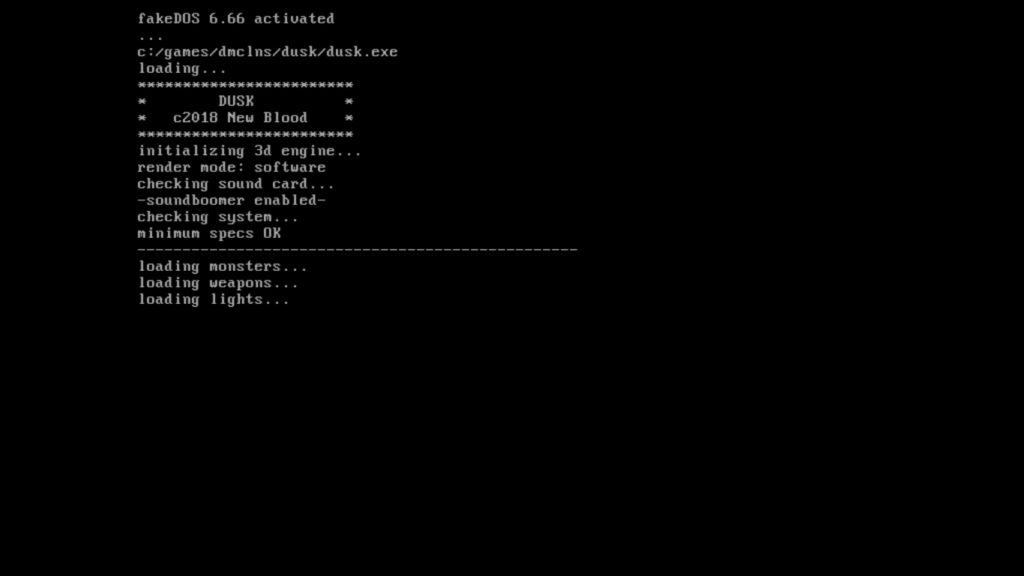 Commitment to aesthetic, thy name is [Clicking and whirring as of a struggling 486DX hard drive]. As you might guess, that’s somewhat hard to pronounce for anyone who isn’t a 90s kid.

The Mad Welshman is pleased. The portals work.