Well, Subnautica is out. And oh boy, there’s a lot to take in there. The possibility of escape from this watery world awaits, to those brave enough to… Er… Brave the horrors. Although, as I’ve said previously, I’m not entirely sure I want to leave, considering how damn cool the world is. 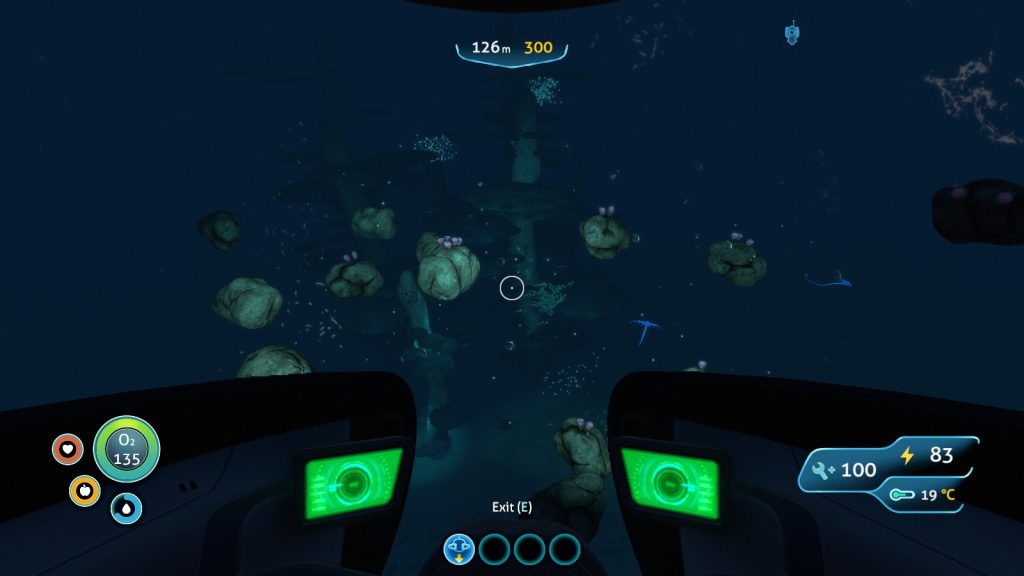 Why are floaters doing this? Because. That’s the kind of answer you get when the lone survivor is not a marine exobiologist.

Enigmatic caves, mushroom forests, islands held aloft by gigantic floating creatures bonded to the rock… This is before the plot of the game properly kicks in, that, thankfully, you can mostly do at your own pace. The Aurora is shot out of the stars by… Something, and you, seemingly the only survivor, must not only find a way off this rock, but also solve an ancient mystery. A mystery that gets quite personal, as you are rapidly infected by… Something.

I’ve gone through a lot of emotions playing Subnautica. Consternation as I hunt for Lithium and Magnetite. Amusement, both the gentle kind when I’m cheered on by random space truckers, and the black kind, when I discover how some survivors… Were real candidates for the old Darwin Awards. Bed wetting terror, the first time I met the Reaper Leviathan. Mostly, though, I’ve been pretty relaxed, because the world is a beautiful one, with a thriving ecosystem that, as a lone human, I can’t really despoil. Mmmm, that feels good. 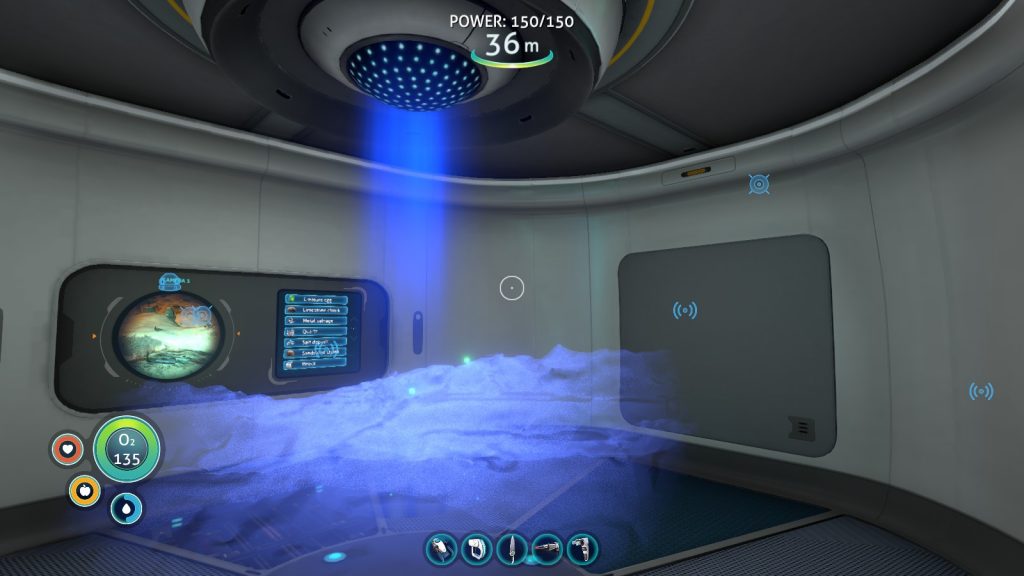 …Not that I haven’t tried my damnedest. Even built a scanner room or three to try harder.

So, after three Early Access reviews (Each a good indicator of how far things have come), is there much left to say? A little. After all, it was only in the most recent updates that things like the Prawn Exosuit let me clomp around the sea bed, and building the Cyclops, the submarine that’s been almost emblematic of the game, seemed a pipedream up until fairly recently.

But that’s the thing with Subnautica: It brings you in with friendly, accessible survival gameplay in the kinds of biomes you haven’t really seen anywhere else, then gives you more to hope for, more to achieve, more to explore, and in the end… Gives you a chance to escape from even that.

Sorry, but even if I had gotten that far, I probably wouldn’t take the option. Subnautica’s world… Is just too damn pretty to leave, and I have so much more to do.

Join me. It’s a wonderful experience. 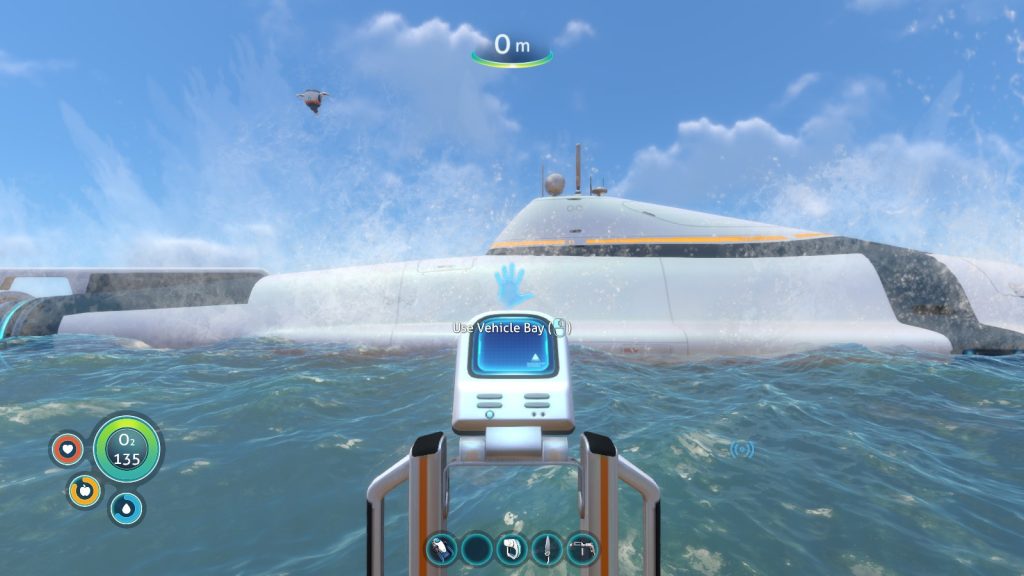 You… You are my new best friend. And I shall call you… John Bigboté!

The Mad Welshman is going for a swim. He’s also bringing two tonnes of TNT, because god-damn, that Reaper NEEDS TO DIE.