Future Racing, it seems, is firmly back. And it’s international. Even without the mechanical and visual polish that Formula Fusion shows, it’s to the game’s credit that one of the better teams in the game is not American, or Australian, or British… It’s from the Middle East. Galaxy racing, from the Jazirat Al’Arab (the Arabian Peninsula.) 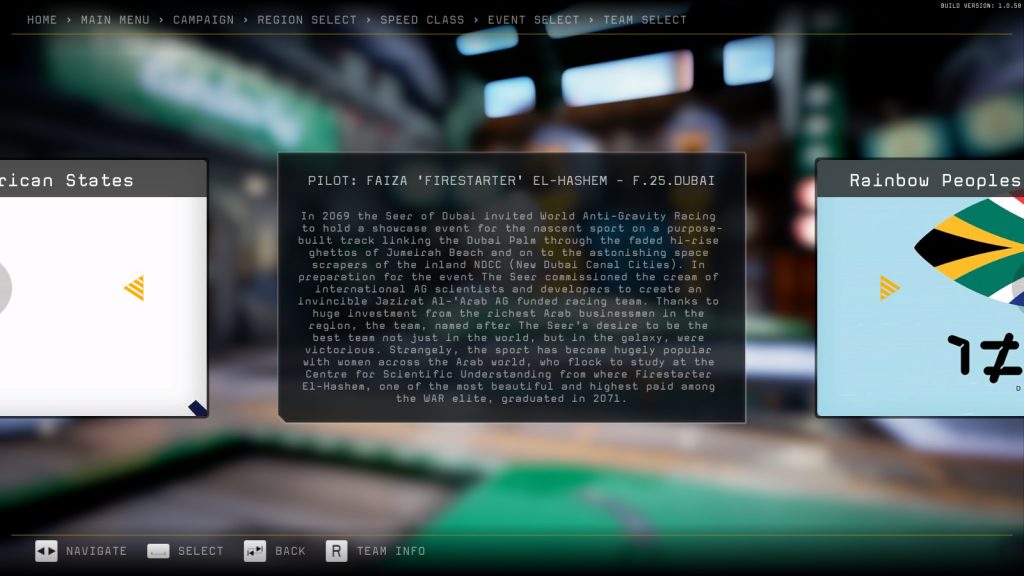 Despite some odd notes, I can’t help but like the backstory here. Go, Galaxy Racing!

It is then, perhaps a shame that the game’s still a bit of a resource hog, doesn’t explain its powerups all too clearly, and has some later tracks that make even a hardcore Future Racing fan like me reach for the airbrakes. Both of them.

Formula Fusion, by R8 Games, is, in its way, very traditional Future Racing: There’s a campaign, which unlocks tracks in the rest of the game, there are different craft with different strengths and weaknesses (In the areas of Engine (speed), Handling, Anti-Gravity (Not fully explained, but it seems to deal with pitch adaptation and air control), and Defense), weapons and defensive systems, and other unlocks through in-game currency.

It’s actually quite interesting to note how R8 have meddled with the formula, because, on the whole, it’s an improvement. By winning currency in game, you can unlock modifiers for your craft, tuning it to your liking (I like to turn as much as I can as high as I can), adding variation to your weaponry, and unlocking tracks without necessarily having to play through campaign mode. Similarly, within the races themselves, while familiar features abound (Speed boost pads, weapon and shield energy pickups, airbrake turning, and the necessity of good pitch control on faster speed classes), combat is mostly de-emphasised, and some of the nastiest kit a racer can deploy with their weapon charge is actually on the defensive end. One in particular that sticks out is the Flashbang, which, when deployed against you, obscures your vision of the track for just a second, maybe two… But even on the slowest speed class, this can lead to hitting a wall, another racer, or missing a vital speed boost pad. Weapons also need to be charged with weapon pickups, and you get very few uses of a weapon unless you’re actively looking to power up your weapons… In which case you’re missing those vital boost pads. Which you can hit two of at once. And each one you get charges a turbo boost itself. 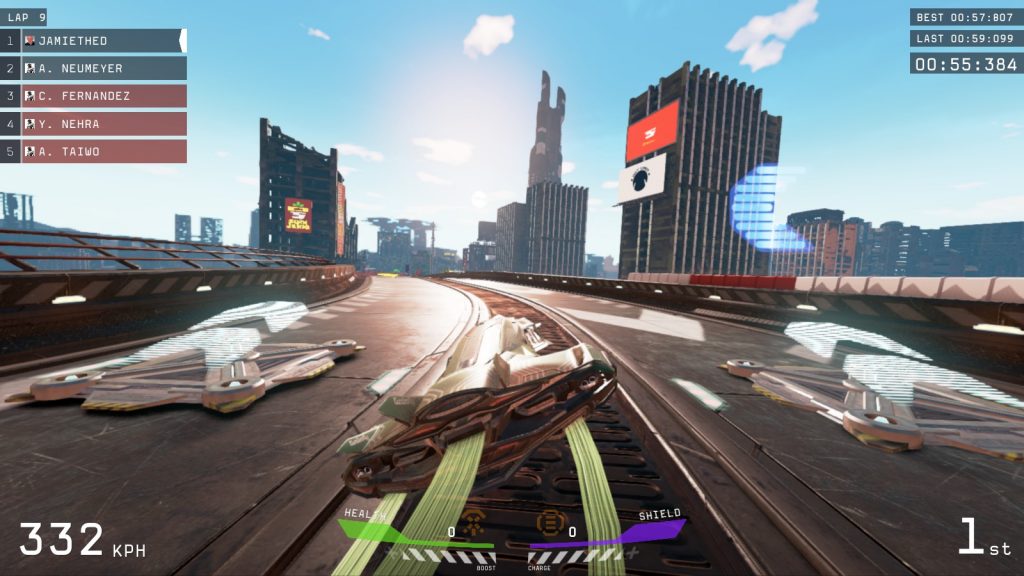 Yes, the boost pads are angled *up* . No, that doesn’t mean anything… Most of the time. 😛

Visually and aurally, the game is a distinct pleasure, with some great tunes, solid sound effects, clear visuals (especially when motion blur gets turned off), and, as with the early Wipeout games, The Designers Republic give the UX, advertisements, and team logos (among other things) their signature, highly recognisable flair. The game is mostly clear, interface wise, but this, alas, is a good segue into some of the bad points of Formula Fusion.

See, for all its good points, for all that the tournament does allow you to mostly get through without playing the more difficult tracks, the more difficult tracks are very difficult indeed. For all that Atlas Torres is a high octane track, with lots of lovely airtime that pleases my black little heart, it’s also a track that you first encounter on the FF3000 circuit, aka “The third highest speed class in the game, and no god-damn joke” , and it is also a track with an absolutely silly amount of hard turns. As in “Airbrake now, or forever explode in the sky” hard. The cards for improving various craft elements, as well, seem to imply some extra effect, but if there’s any beyond improving, for example, the handling in reality, it’s somewhat difficult to tell. Similarly, despite the “Boost charged” voice clip, you can, in fact, use your boost at any time, it’s just it’s best if you wait until it’s fully charged. Finally, the game is a bit of a resource hog, to the point where even my moderately beefy system needs a run up to get reasonable loading times and silky smooth framerate, rather than a somewhat painful startup and the occasional stutter. 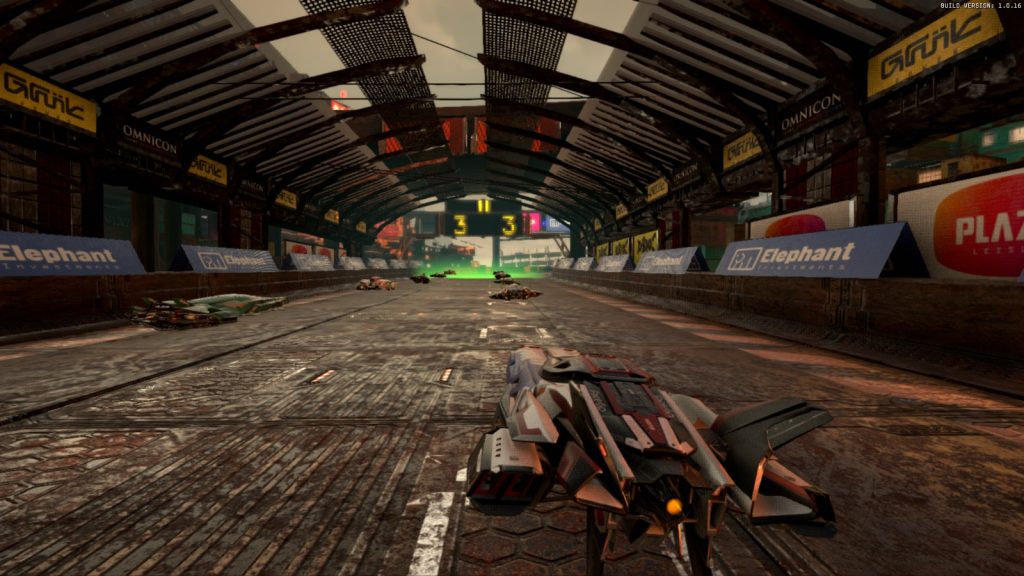 Back of the starting grid? Just means you cry more when I pass you, suckers.

Still, if you want to see some solid Future Racing with the emphasis more on the racing end of things (While still having enough “combat” to please your average combat racer), then you definitely can’t go far wrong with Formula Fusion. R8 has quite obviously learned some lessons from their past projects (Yes, the Wipeout games), and, flaws aside, it’s definitely worth the price they’re asking if you can run it.