For The King (Review)

Folks, I could tell a long rambling story here, blow by blow accounts of the heroic deeds of a blacksmith, a hunter, and a scholar, normal folks who almost saved the day as the last hope of the kingdom of Fahrul. I could talk about their exploits fighting such evils as the Hangman, the dread King’s Maze, and the seemingly humble (yet devilishly agile) Imps. But a lot of this would distract from the fact that these are stories I made up, based on some damn fine procedural RPG play. 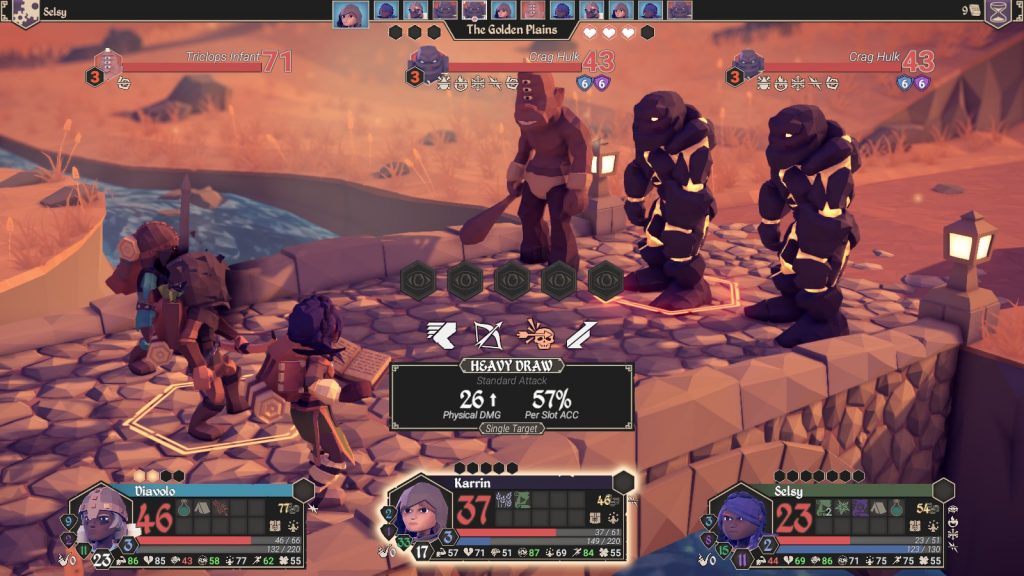 So yeah, For The King is a procedurally generated RPG, with a lovely low-poly board game aesthetic, where balancing aggressively pursuing quests, and biding time to make sure you can really take on that dungeon. Move too slow, and things get more dangerous, until eventually, you either fall, or the world ends. Move too quickly, and you’ll quickly get out of your depth. Thankfully, the game’s pretty good at giving you some idea which end you’re tending towards, play by play.

And it feels pretty good, with a fair amount of depth to it. Enough that I’d have a little trouble describing it all without this review feeling more like a feature list. Oh, hey, here’s a cast of characterful enemies, from the Triclops Infant that… Well, I feel bad killing these, because their main attack is “Fall over really heavily on top of you.” I have the option of sneaking or ambushing, but that XP is direly needed, because I have to take on the Mind Melter. The animations are great, with visible representation of your equipment on the well crafted low poly models, a real sense of impact to them, and the game tutorialises quite well. 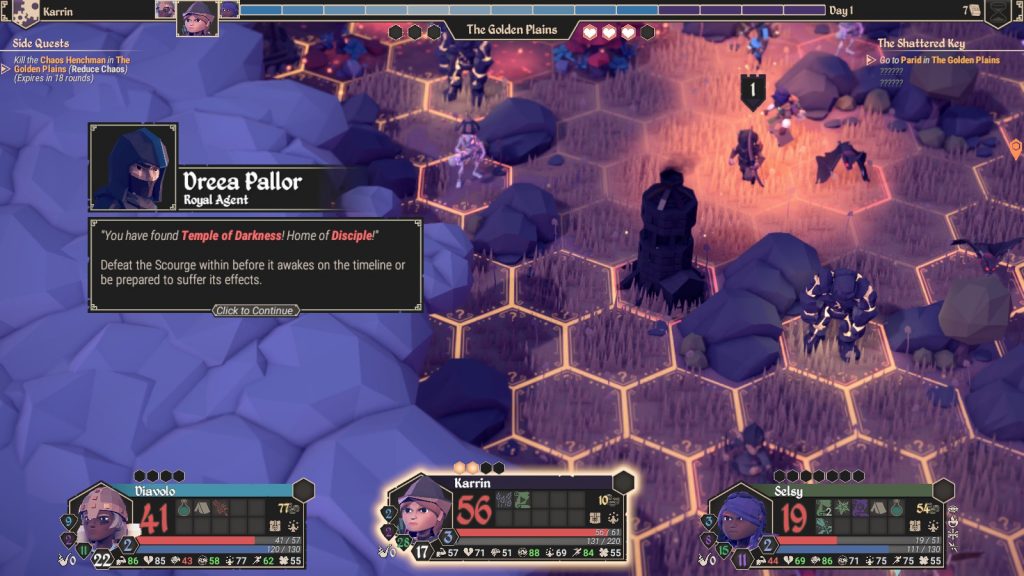 It’s a beautiful world. Even the bits which are decidedly pointy and evil and stuff…

That it also defaults to the easiest difficulty mode is a real blessing, because yes, the game is pretty hard, even on the easiest difficulty. But also, oddly, gentle about that. It reminds you that you aren’t meant to win on your first try, or even your third (My third run on the main campaign, I got about halfway through), but getting further, seeing new and interesting monsters, made me feel… Well, like a badass.

So… Good aesthetic. Good music, fitting without over-riding. A real feeling of impact, both on the world and the fights. Good tutorials. And a hefty amount of replayability, due to unlocks and the extra quests and classes that some of these unlocks represent. Multiple game modes. What’s not to like?

Well, it’s best if characters stick together throughout, keeping close so as to have a full party. As such, multiplayer co-op (Where you play one character) is something that needs a tight knit group to work. Beyond that, though, there’s a lot done right with For The King, both in terms of mechanics, and in terms of feel and aesthetic. I foresee a fair bit of enjoyment with this one. 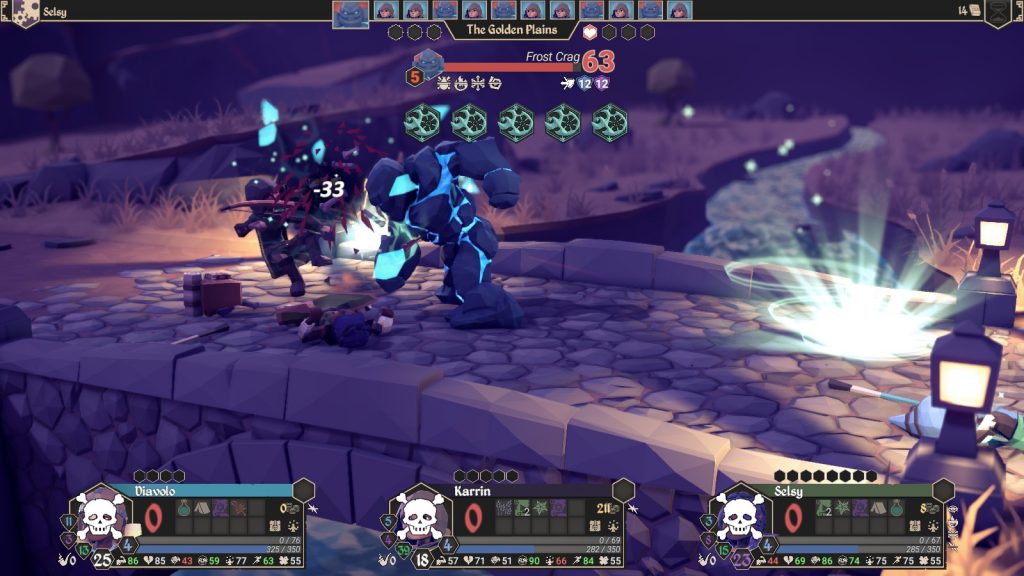 Yeah, remember what I said about a sense of impact? That *definitely* felt like a finale to the quest. 😛

The Mad Welshman could probably have said a lot more words. But basically, the game is pretty good.