City of Brass, it’s safe to say, had charmed me pretty much from the first. It had some issues, which have mostly been resolved by the developers, and now, just a couple of short months from the last time I looked at it, it’s jumped from 0.5 to 1.0, full release.

And I’m happy to say that honestly, it doesn’t feel premature. In fact, it feels pretty good. 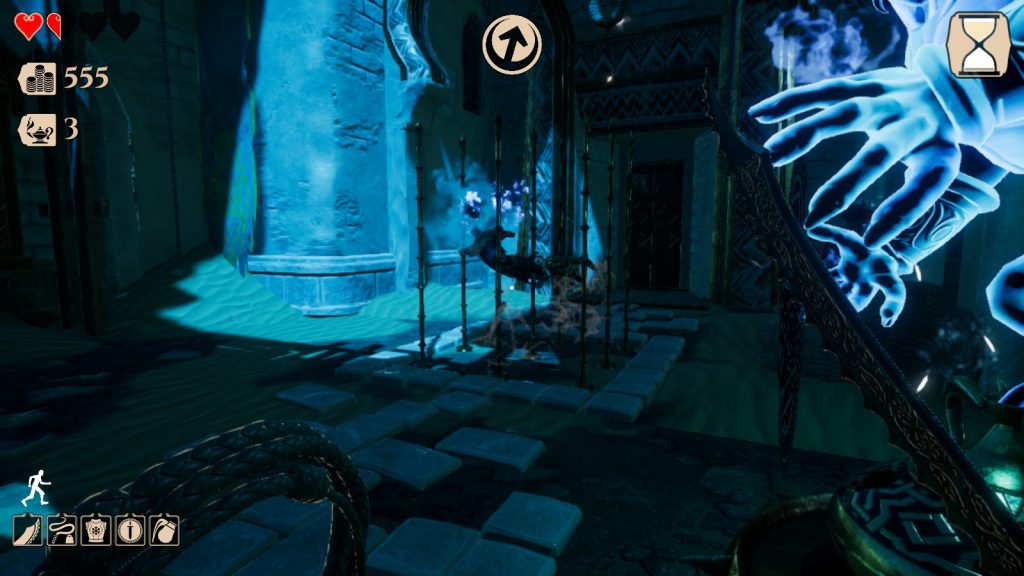 About as good, in fact, as the feeling of shoving this zombie into that spike trap.

City of Brass is a first-person, procedurally generated game in which our un-named protagonist has found the mythical City of Brass, a city cursed with immortal life by, as you might have guessed by the Middle Eastern aesthetic of the world, a group of asshole Djinni. With a talisman that grants you three wishes, a whip, and a sword, it’s up to you to enter the city, loot as much as possible, and hopefully beat the final boss and escape. It’s a game that uses smallish variations in its simplicity to add flavour and depth, and it feels good.

Let’s take the whip as an example. The whip, by itself, is a versatile tool. It lets you swing from certain places, grab loot and throwables from a distance, trigger most kinds of trap, you can pull enemies toward you with it, whip their projectiles back at them, or, depending on where you hit them, stun them, disarm them, or trip them.

And then, with a bit of money, and luck of the draw, you can give it a heck of a long reach. Or it can freeze enemies. Or it really stuns them. Clever stuff, and, if you want other examples, you can read the earlier reviews. But what’s new in the release version? 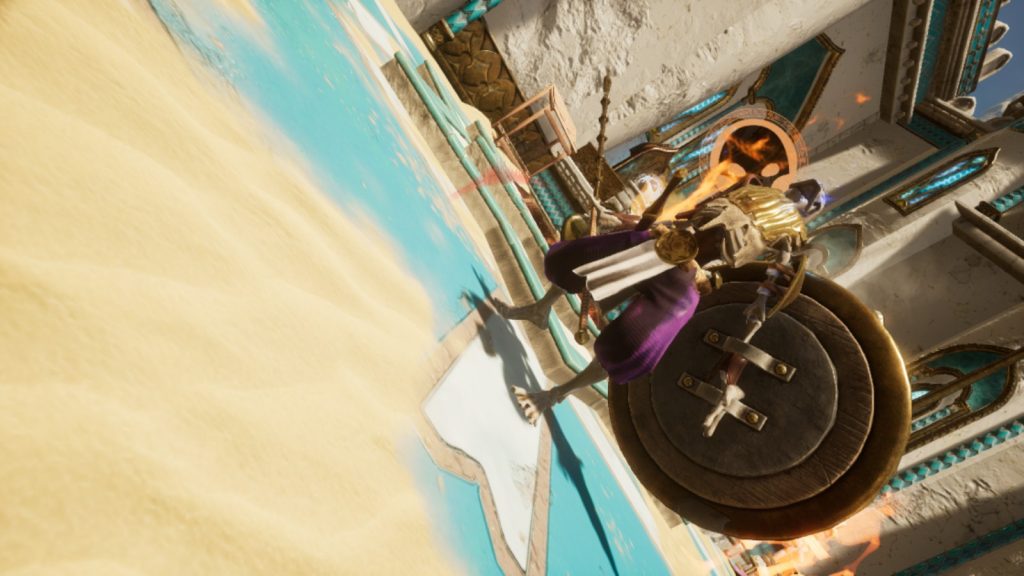 Enemies with shields remain something to be wary of. Which is still perfectly fine, gotta keep you on your toes!

Well, part of it is balancing. As an example, before, city guards were perhaps my earliest killers, because they weren’t stunned very long by attacks. Now, they stun longer when you whack them with a sword, so they’re less of a threat, and the early game is friendlier as a result. There’s also a new blessing that, on the one hand, removes your leaderboard score for the games you use it on, like all blessings (Meant to give you an easier time), but it totally removes the timer, letting you explore levels at your leisure. Nice!

But another part of it is Twitch Integration, allowing those of you who stream the game to add some interactivity and spice. While a niche feature, I can confirm from experience that this gets chaotic as hell, and, since planning around chaos is a core part of the game, I loved the heck out of it. To stroll through the first levels, only to be greeted by enemy cries in an empty room, for example, unnerved the heck out of me, which put my guard down a little later on, when my chat decided… To hit me with an entire group of enemies. Ouch. Also, nice work. 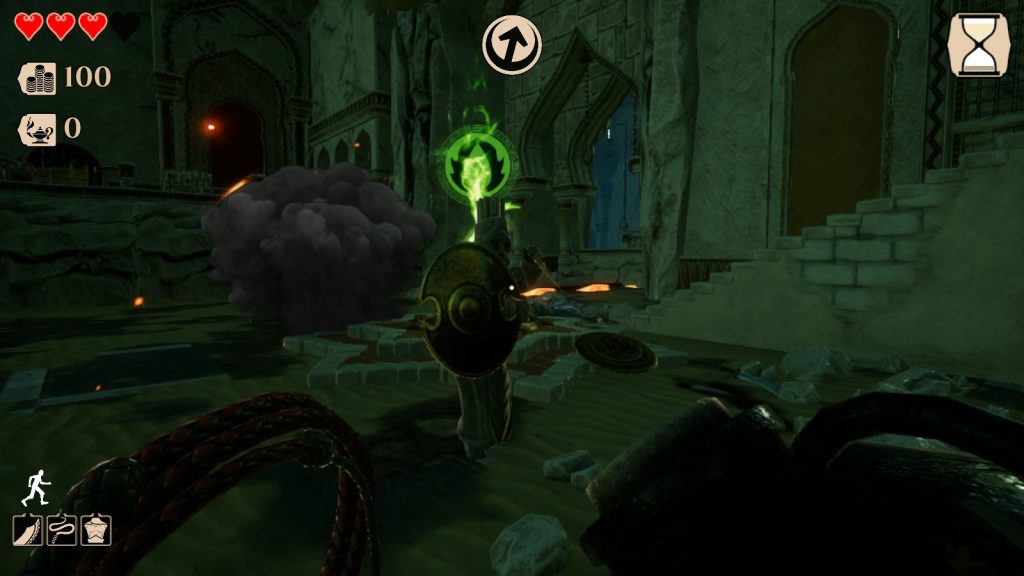 YOU DON’T FOOL ME, AND I HAVE AN EXPLOSIVE URN! WE’LL GO TOGETHER IF YOU VWIP AWAY, I SWEAR!

The Gatekeepers remain a fairly variable bunch, although they do seem somewhat more manageable overall, but, essentially, what I’ve said previously with City of Brass still stands: It comes highly recommended, a clever use of a limited toolset that makes me feel good when a plan comes together, with an interesting world, solid aesthetics, and clear, intuitive play.

Look away from the sceeeeene, I can take you anywhere! Spend a vision with me, a chaaaase with the wiiiiiind! (Rainbow’s “Gates of Babylon” remains an awesome accompaniment to this game.)