Monster Prom is one of those games where, when the lines land, they really land, for good or for ill. Case in point, I couldn’t stop laughing at the ridiculousness inherent in my Slayer-assisting class being a Gun-Haver (Superpower: Have all the guns) , but, earlier that game, there’d been a joke about sedating someone for drinks, and pretty much everyone playing both grimaced, and said something to the effect of “Not cool, game, not cool.” 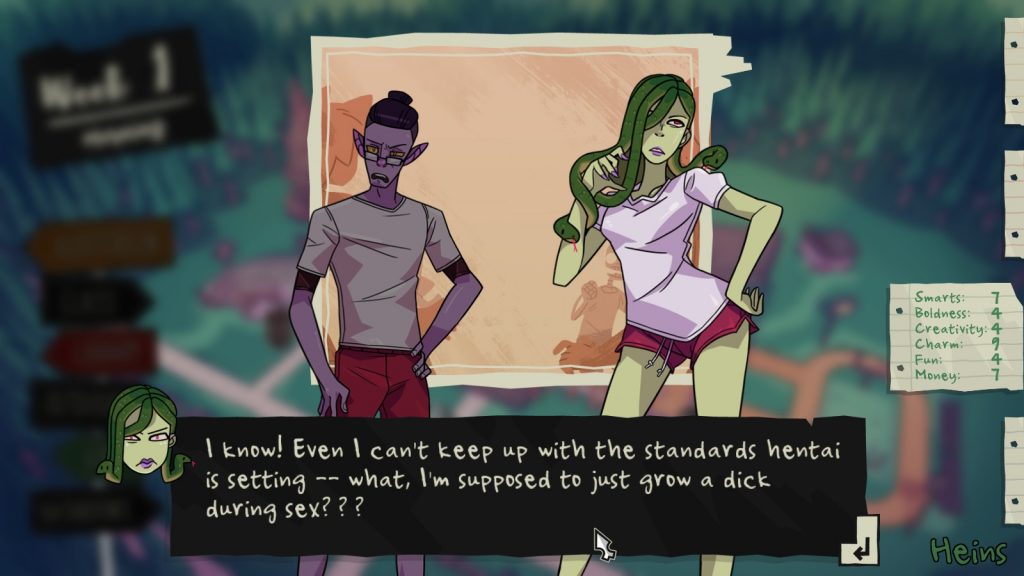 The Monsters in Monster Prom are monsters in more ways than one, you see. But to backtrack a little bit, Monster Prom is a dating sim visual novel, set in a place called Monster High (no, not that one), with local and online multiplayer for up to four players. In a very real sense, it’s a party game. Can you get your stats high enough, in the right places, over the 12 turns of a game, to find love at the Monster Prom with your proposed date? Or is something odder going to happen?

It’s a game that looks and sounds good, I’ll definitely give it that. The cartoonish style works well, it’s got a clear UI, it has a good mood to it, and the art supports the base situations pretty well. It feels fun to play with others (Especially if one or more of you is skilled in Dramatic Reading), and it’s simple to pick up and play. 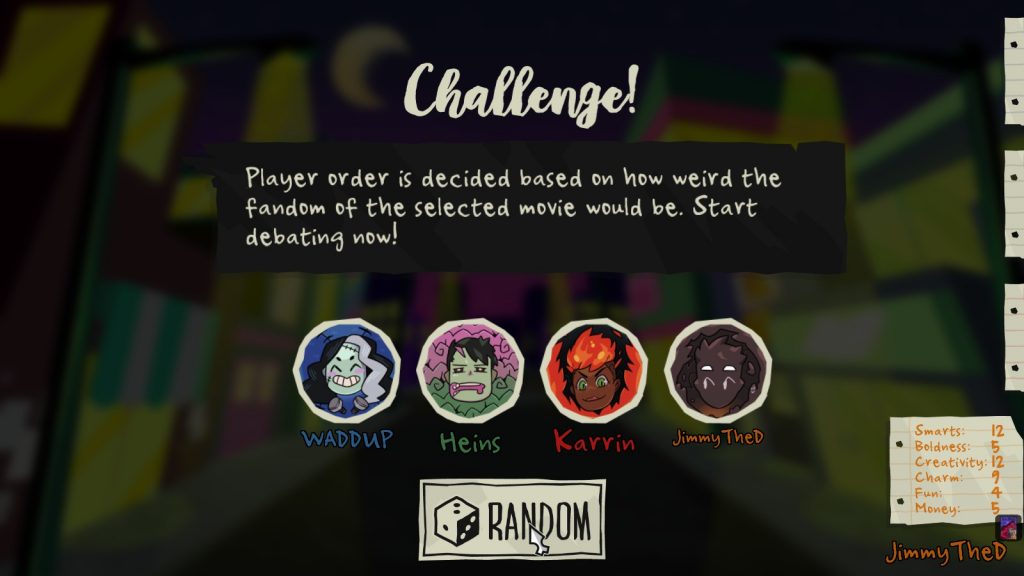 The turn order can be decided in a party game fashion, or hitting the random button. Many can probably guess why we hit random here.

Which means that really, the only major reason folks might not like this game is how its humour can sometimes go places that would be uncomfortable for folks, or, at times, just plain isn’t funny. Sex mentions might put off some, drug mentions will definitely put some folks off (Aside from the aforementioned sedative “joke”, there’s also cocaine and heroin mentioned), and bullying or abusive behaviours are also sometimes mentioned (Such as the old “Stuffed in a locker” thing leading, potentially, to the “stalked through radio tag” thing… EESH.) Some are kinky and genuinely amusing (such as Miranda’s confusion about what a Leather Daddy is, or how everybody at the school reads an erotic dragon fanfic), and some are good lampshading (Oh isn’t it convenient that everyone at Monster High is over the age of consent, huh? Haha, these wacky monsters all conveniently over 18, eh?!)

Overall, it hits more than it misses with its humour, but when it whiffs, it whiffs harder than Charlie Brown playing baseball. I’d still recommend it, because it’s a good concept, mostly well executed, and you’re certainly not going to run out of events early (It speaks volumes that even the developers seem to think chasing every single event down might be a bit much, with the “get everything” event called “Honey… This isn’t healthy…”), but I would also say: Be aware that this game might, with its humour, touch on subjects you’re uncomfortable with. 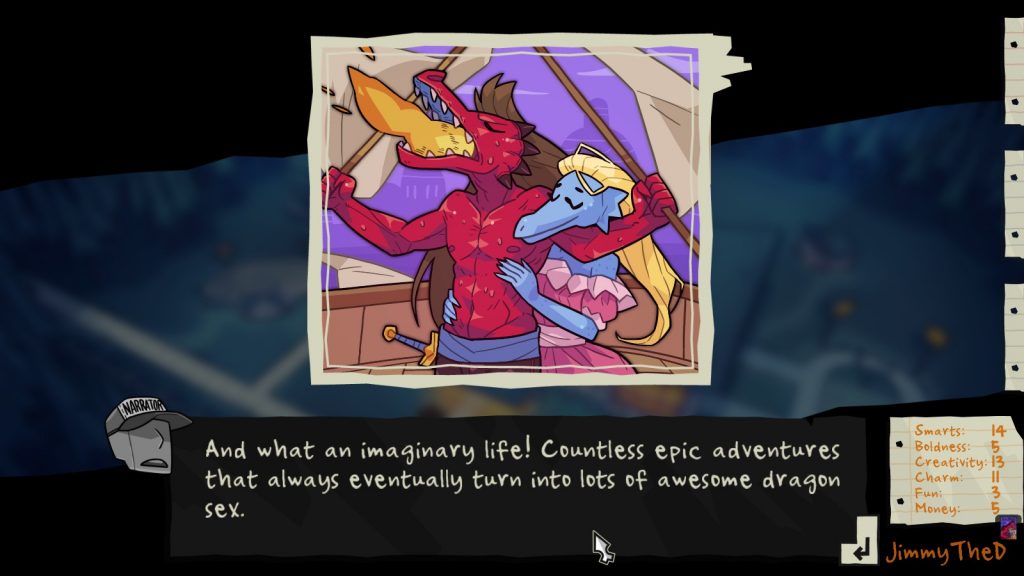 You can, in fact, choose fanfic over prom-dates. Nuff said.

The Mad Welshman, a noted monster himself, is somewhat fond of this game despite its missteps.