Source: Review Copy
Price: £11.39
Where To Get It: Steam
Version: First EA release. 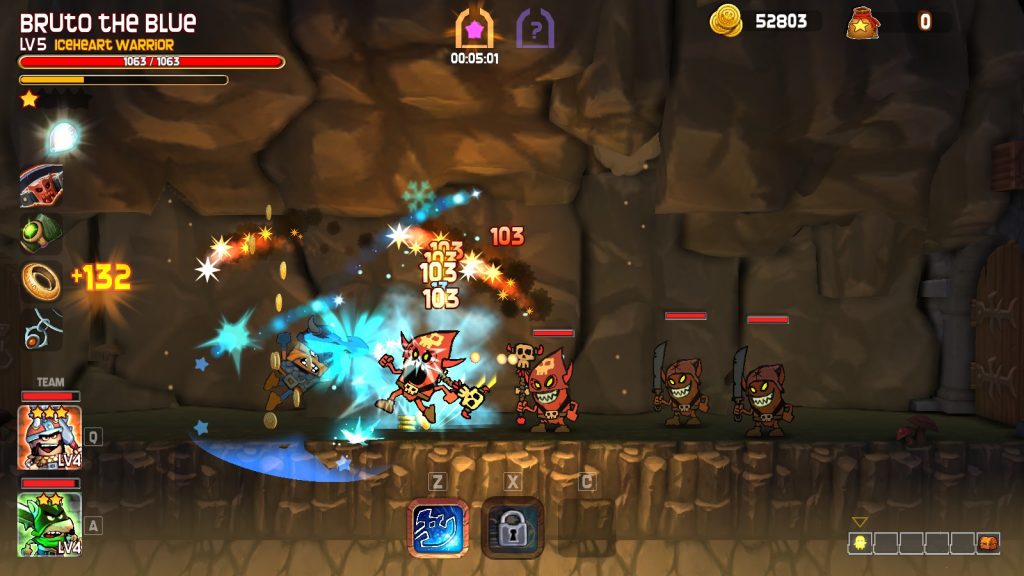 It’s important, with screenshots, to get across what the majority of an experience will be like. Well… This is a good screenshot.

You pick a hero, of one of three elements, and some classes. This element determines who they do more damage to, and who does more damage to them (Fire → Earth → Ice → Fire), and each hero starts with a basic attack (hammering the left key), a slam attack that gets rid of shields (hold the right key), a block for when something swings heavily at you (hold the left key), and a special ability (later becoming two special abilities and a Pet special ability, plus whatever the heck your equipped loot gives you.) You go through dungeon floors from left to right, only stopping to casually murder goblins, trolls, mages, and other assorted dungeon monsters, some of which are bosses. Beat a level, and a nice tune plays, you get some loot, and you maybe get to heal up. That’s… 95% of the game, right there.

And you know, some baffling strain on the GPU aside for its aesthetic, it does all of this perfectly well. It even drops special daily dungeons, one possibly for a pet, one for a hero, if you play long enough. The main problem, for me, is that this, apart from the possibility of seeing new gribbleys to whack by ruining my left arrow key, is… About it. There’s the same music loop, the same end tune, my current crop of heroes differs only in how they look and their special abilities, and… 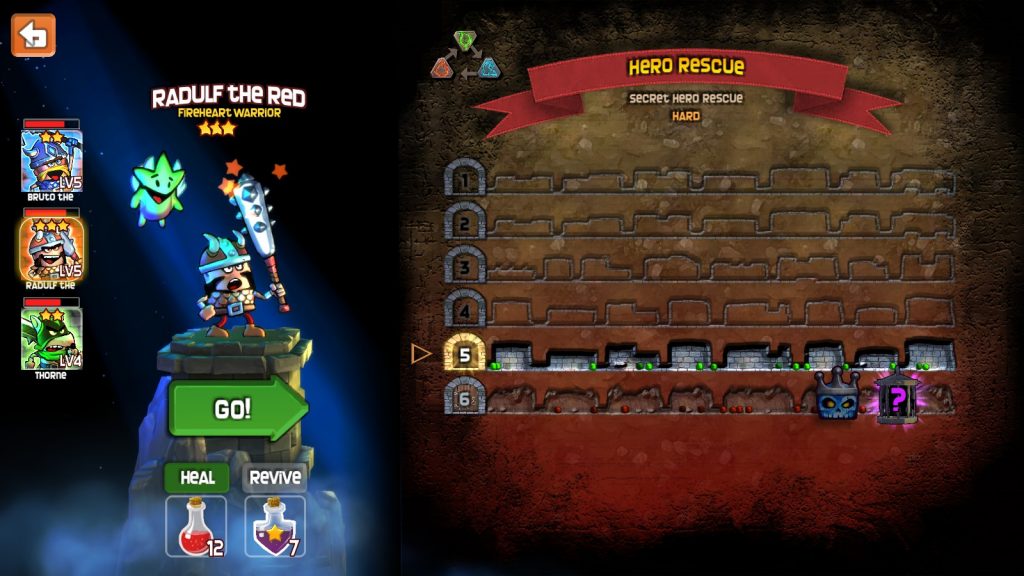 …For all that it’s meant to pander to my lizard brain desire, I find myself dissatisfied. Maybe it’s the shop, random drops, 25000 coins (or one dungeon trip) to reshuffle the store. Maybe it’s that I don’t really feel that much in control, especially when dealing with mages (Who, due to the “Always runs right unless slamming, blocking, or blocked by an enemy” , often hit with their spells.) Maybe it’s that there’s no real sense of impact to the weaponry, only either quick kills (in the case of the mooks) or a bar whittling down. And I can’t really say those aren’t working as intended, because the design is clear enough that yes, this is basically what it is: A level by level damage race, running from left to right, occasionally getting items, a “secret” dungeon, or loot. It looks alright. Its aesthetic is consistent. But it just doesn’t really appeal to me. 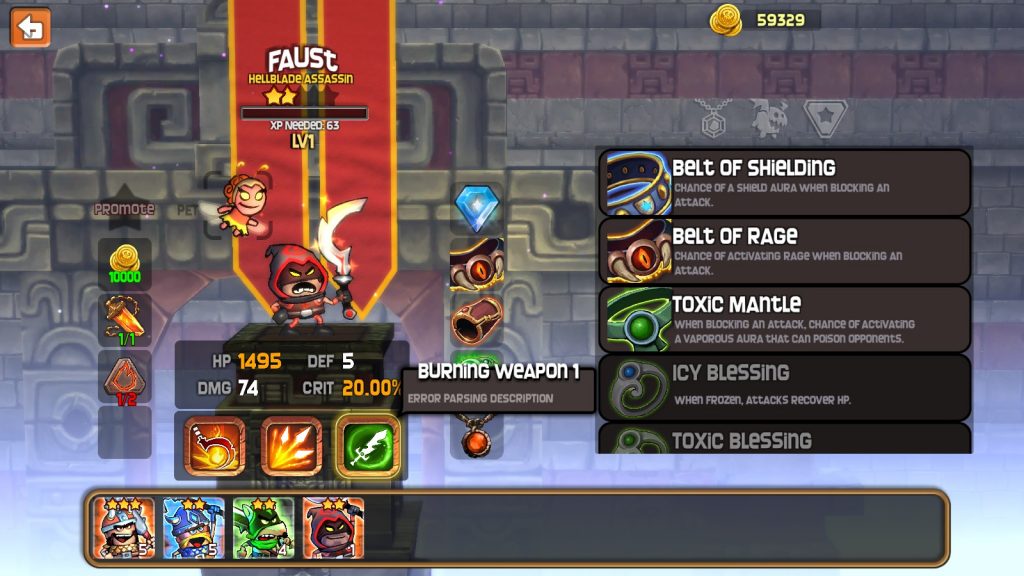 I’m willing to forgive missing descriptions this early in the process. The not being able to see all items when you have more than 4, less so.

The Mad Welshman sometimes wonders. He wonders a lot of things, sometimes.