Energy Balance is, at its core, a game for math puzzle fans, and that’s about it. If you don’t like rearranging numbers to fit arbitrary goals in the name of mathematics (Okay, there’s something about fixing an engine so an alien and their robo-cat can get home) without hints, and you don’t like the idea of not being able to save your progress, then this game is not for you. Because that is, in essence, the entirety of the game. 12 configurations of numbers to arrange into their “true” forms, 12 static cutscenes, for a quid and a bit. Which makes it somewhat hard to review, beyond the statement I gave at the beginning. So let’s talk about aliens and robot cats for a bit. 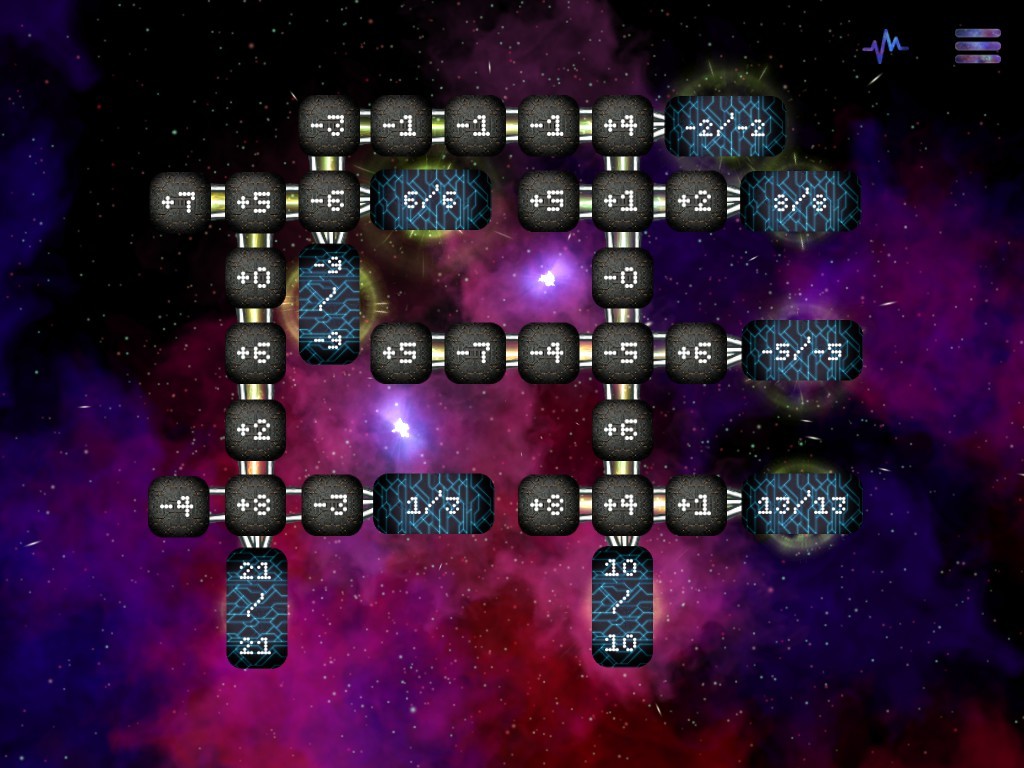 If memory serves, I had only two numbers the wrong way round. >:C

Aliens, it seems, are similar to us, in that we don’t like to RTFM (Read The Fucking Manual), and that they give responsibility of driving powerful, deadly machines to people, then promptly forget about refreshers unless they fuck up. They’re prone to navel gazing, and talking to their robot cats. Robot cats, in the meantime, are often anthropomorphised by aliens in much the same way we do our cats, while being… Well, cats. One thing I didn’t know beforehand about aliens, however, is that their engines, navigation systems, weapons, et al, are all run on the same idiot proof UI that requires them to solve a math puzzle, thus showing basic competency in some of the skills they need to pilot the bloody things safely. Also they apparently enjoy war for nebulous, fallacious reasons like “honour” and “glory”, like some of us do.

I can confirm, as a human being, that these systems can be muddled through without much critical thought and brute forced without catastrophic systems damage. I can also confirm that it is more enjoyable to do so with your own music, as the aliens’ system apparently doesn’t have volume control, only an on-off switch. We are, thankfully, superior to these aliens in some respects, it seems. Mathematically inclined human beings who play games may find this simple, as proven by my friend, who quite helpfully informed me after ten minutes of brute forcing that I could switch two numbers around to finish the calibrations I was engaged in… Which was correct. I can also confirm that these engines will only tell you when you have correctly mathed up a solution to individual rows or columns, as opposed to the whole thing, which will mislead and frustrate those who aren’t mathematically inclined. 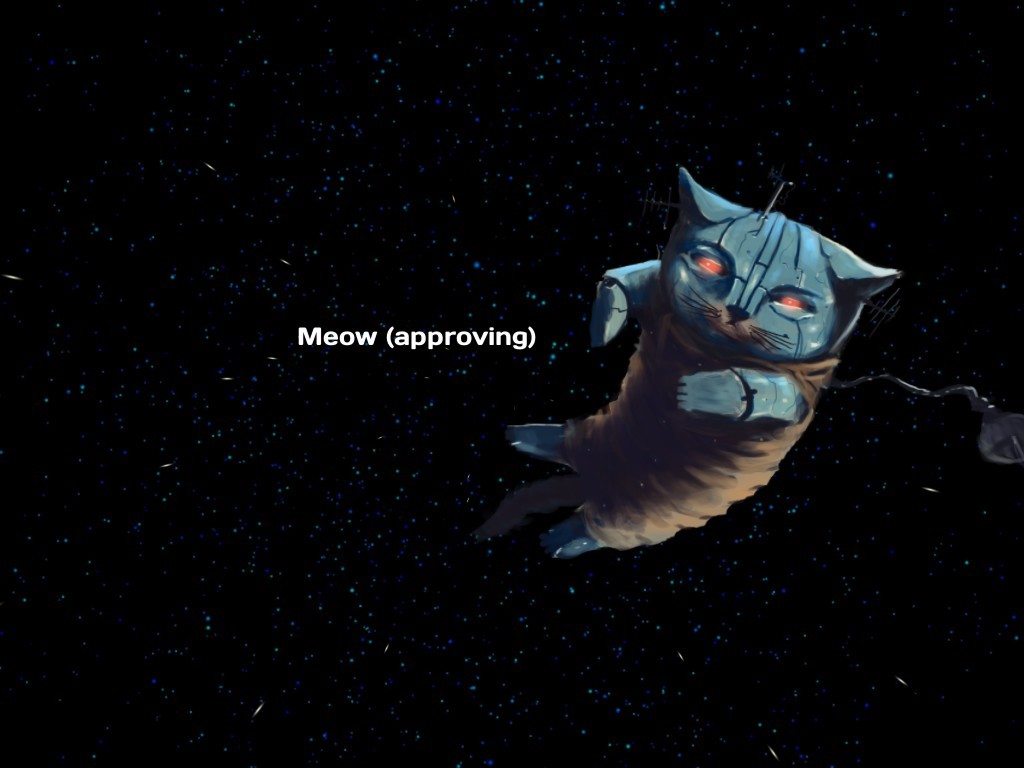 Robot cat is pleased you can math. They’d be more pleased if we weren’t drifting with broken systems.

Completing the 12 main configs nets you 3 more, and another static cutscene. Yaaay. I would, however, reiterate that this game is for the mathematics puzzle inclined, and probably not for anyone who doesn’t like doing that sort of puzzle over and over, smug in the knowledge that they can math better than the rest of us. It also serves as a reminder that, despite popular perception, puzzle games are not “casual” games. Learning this lesson will only cost you £1.59 , although alternatives with hints exist out there for those of us who don’t feel hinting ruins a puzzle.