All you need is love. Well, that and deciphering how to make people happy. This is the world of Dropsy the Clown, who teaches not to judge by appearances, and to be a lovely person. After all, Dropsy may look frightening, but he’s got a heart of gold. And a dog. I mean, you can’t ignore the – Okay, fine, let’s talk about the game he’s in… 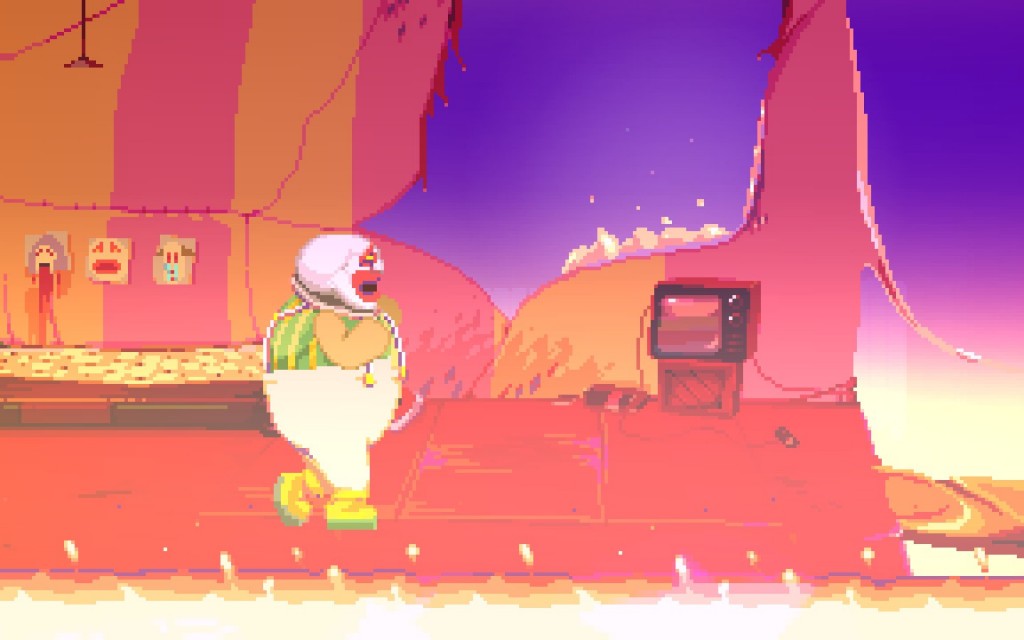 Sometimes, the game can appear (and be) dark. But there’s a light…

Dropsy is a point and click adventure that reminds me of classics like Coktel’s Gobliiins (multiple i’s deliberate), where interactions are mostly simple, but some puzzles take a bit of thought. Certain things may confuse the first time player, used to other genres. The map is just that, a map. It’s not a teleporting map, like some games. Just a map. Dialogue and writing appears mostly gibberish, but that’s because paying attention to the dialogue bubbles is what’s important. And knowing the strengths and weaknesses of your two characters, Dropsy and his pup, are important. But enough about play, because this game is definitely a game working more on feelings than mechanics. And my, it definitely does that.

Funnily enough, it’s Dropsy I feel most ambivalent about. He wobbles as he walks, farts, hugs, and smiles his way through life, and I feel a little ill watching him. Not because he’s horrid… But because that wobbling walk just affects me that way. Your mileage may vary there. Music wise, sad saxophones, vibrant vibraphones, silly xylophones… They all work together to set moods, and the moods chosen are pretty good for where they are. The saxophone, for example, dominates Downtown, where a lady waits for her prince charming on a doorstep, a bouncer fistbumps his friends, a beggar waits for change, and… It feels like a vibrant, if downtrodden city block. The characters, similarly, show their character and expression freely, from the glum ladies on the front step of their house, to the child who runs screaming (Did I mention Dropsy was blamed for a fire that destroyed the circus? Maybe I should have, although he’s not really to blame.) 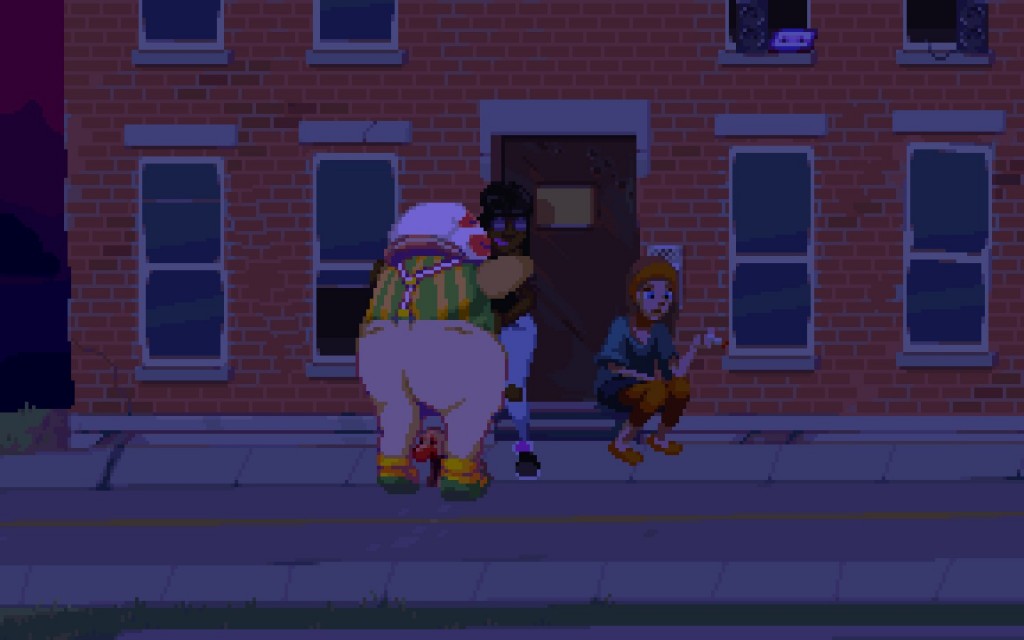 …Because sometimes, you can make someone’s world better.

Is the game perfect? Oh, heck no. Some of the puzzles are a little obtuse, Dropsy’s walk animation makes me verrry uncomfortable, but the core message behind the game shines through in many senses, and that message is: Everyone deserves hugs and love if they want it, and it can be easily offered. But I’ve fallen in love with this snaggle toothed clown, and good lord, if I had the chance, I’d give the guy a hug myself.

In short, it oozes character, and language becomes less important. Except the language of giving, and hugging. It feels slow at times, but if you’re good with that, I’m definitely good with that. If you like Point N Click that’s simple to play, but tough to work out (at times), then this may well be for you.