Source: Review Copy
Price: £8.99
Where To Get It: Steam
Other Reviews: Release

20XX is a very important year. In that one year, a robotic hero fought many evil robots, many a time, and achieved many great things. Not as many as Astro Boy, though. 20XX is also a procedurally platformer inspired by the Mega Man series, which moved to its beta stage on the 15th of this month. So… How the heck is it? 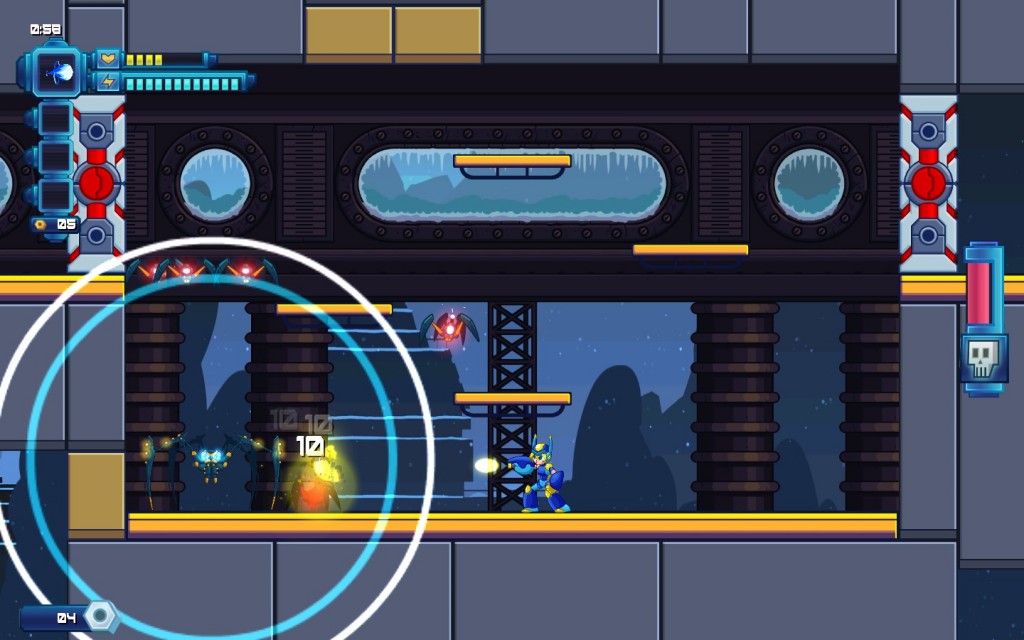 Don’t get close to Terror Spider. If the Gravwave doesn’t get you, the bomb-spiders will!

Not bad, actually! You might feel a little discouraged by the slightly amateurish looking heroine and hero robots (Nina [Megaman style], who is your default character, and Ace [Protoman style], the red dude), but everything about this game reminds a player pretty hard of a MegaMan game… Until they run across those all important differences. Make no mistake, this is a game with elements of roguelike design. But for those who never played a MegaMan game, let’s keep this simple.

You are a robot, fighting other (presumably evil) robots for (presumably good) reasons. The other robots, thankfully, are not very good at logistics, and have left all sorts of crates and goodies around that might help you, from bolts (Currency), to items (Boost your stats), to entirely new systems compatible with all robots (Weapons and special abilities). You run, dash, jump, wallhop, and shoot your way through levels, fighting a pattern based boss monster at the end of each, get a reward for each level you clear, and pick one of three other bosses from a number of choices to fight next (Each preferring a certain kind of stage). You die once, that’s it, start again from the beginning. But that’s not necessarily a bad thing, because collecting “Soul Bolts” during play unlocks more things to grab between runs. The beta even has “Casual” mode, which… Starts you with 3 items, as opposed to none. More helpful than nothing, considering the variety of items. 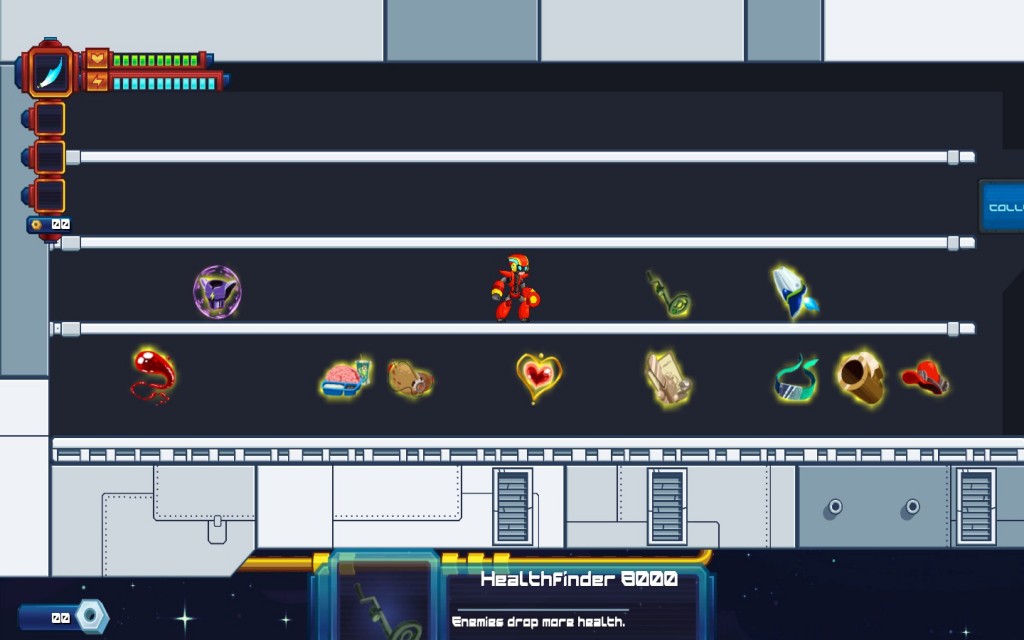 There is quite a variety of items… And it may take a while to get them all.

The game recommends a gamepad, and I’d mainly agree, if only because it otherwise means rejigging an odd (But workable) set of keybinds. The game tutorialises pretty well, so the main thing to deal with is how it feels to play.

Most of it actually feels alright, although it does seem as though levels are balanced more for Nina than Ace, and her alternate weapon modes seem better balanced overall. Most of the time, there are multiple paths to your exit, the enemies scale pretty well, and the weapons are interesting, even if they sometimes feel overpowered. The experience could be better in places, however. While there are some things you can avoid, others generate a little harder than they should for the level they’re on. A single disappearing block going in and out quickly between two deadly flowers? That’s mean. However, for the price being asked, it’s not a bad game, with a fair amount of replay value coming from the generation. There are only three “worlds” right now (A foundry, an ice stage, and an air/jungle stage), but there’s enough variation to keep you busy (For example, the foundry stage can have fire blasters, lava pits, and various different enemy types, not all of which will appear the first time round.) Aesthetically… I honestly preferred the earlier version of Frostor, aesthetic wise, but I can understand the decision to make it easier to read. As to the boss battles, in true MegaMan fashion, they’re pattern based, so once you understand the pattern, it’s a case of… Well, not getting caught in it. 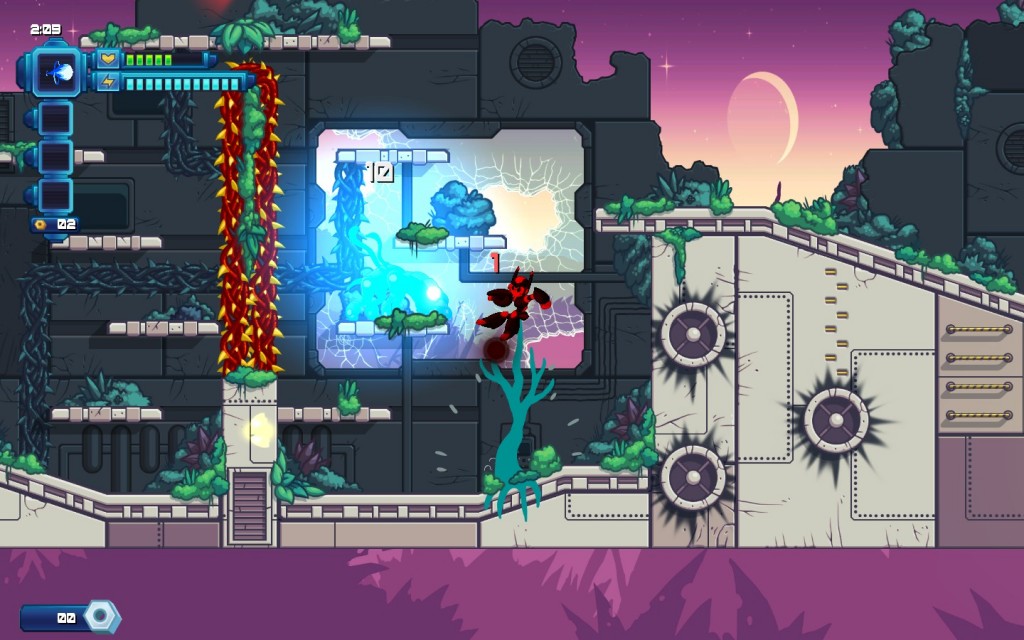 The blue bloom is there for a reason. It’s to let you know this thing has a better chance of killing you than any of its similar kindred. Doesn’t mean I’m overly fond of it, however…

Importantly for a procedurally generated game, it doesn’t often feel unfair. It does every now and again, but since it’s currently in the beta stage of Early Access, I’m willing to say that’s subject to change. So if you like action platformers with some roguelike elements, this is worth at least a look.

The Mad Welshman swung his Energy Saber, ponytail flying in the wind. The robots of Good woul- Oh, wait, he was a villain in this wo- [BEW bew bew bew bew… ]