At times, it’s hard to say what you think about Edge of Space. Right now, for example, it’s close to the beginning of the game, and I’m talking to a shark with a jetpack and a high pitched voice, who’s afraid of not-Metroids, while trying to build a base out of dirt and magical sandbox game powers. I mean… What do you say to that? If that was part of a normal conversation, would you be surprised if people who could overhear would edge away slowly? But such is the world of Edge of Space, which is less about world building, and more about building, in a world. 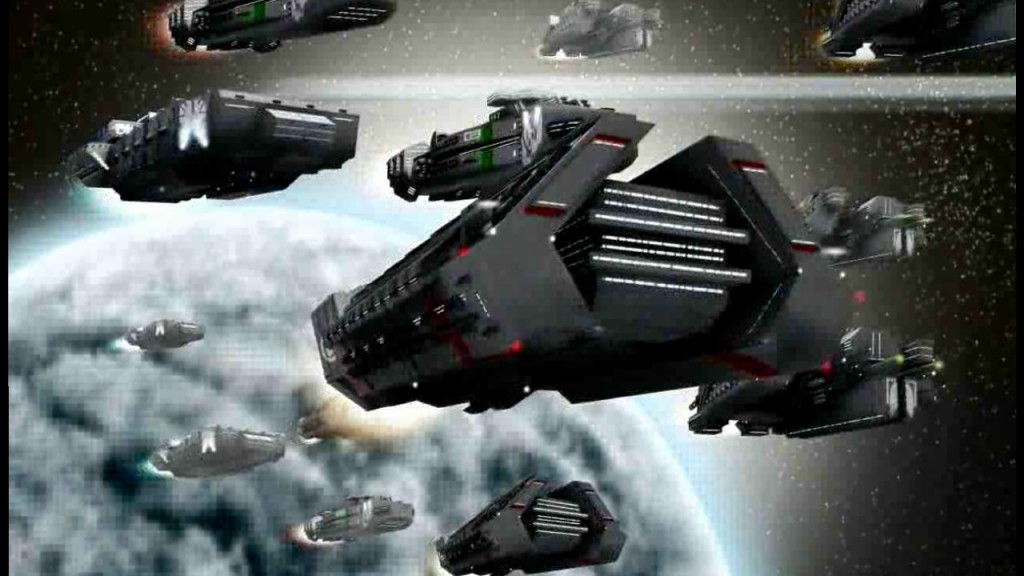 The Exodus. A tragic day… And those who were most affected were unaware…

Similarly, it’s not quite useful to talk about Edge of Space as a “sandbox” game, because that’s a genre that already has a wide variety of different approaches, even some to do with the whole “Building a home” part. And Edge of Space definitely has a difference there, in the form of “command control.” A base isn’t truly considered yours until it’s not only constructed, but powered, and so… You’re never truly safe going down the layers of the shattered world of Achoa until your next base down is truly ready. It’s an odd choice, but not necessarily a bad one. Especially since death is by no means a permanent problem. In fact, this is both the curse and blessing of Edge of Space: That it truly experiments.

For example, what you can build mostly depends, not on blueprints, but on using your experience of this hostile world (Even if it comes from digging tiles) to expand your repertoire. Sometimes this will mean you learn you need a resource before you ever encounter it, but it’s an interesting way of doing things, and I actually kind of like it, considering you can focus where you want to, for the most part. Resource collection, however, is… Not really a pain because of speed, but because there’s a high chance you’ll have to look around for enough of a certain resource. I thought I’d lucked out in my main review run, because I’d found lots of titanium, uranium, and aluminium within easy reach, but then I realised… “Ah, crap. I’m actually aiming for Explorer armour, which uses Biomass as one of its main components.” Also Protoleaves, Protoroots, Protocellulose, and Protoseeds. Which are found in five completely different types of block or terrain feature. 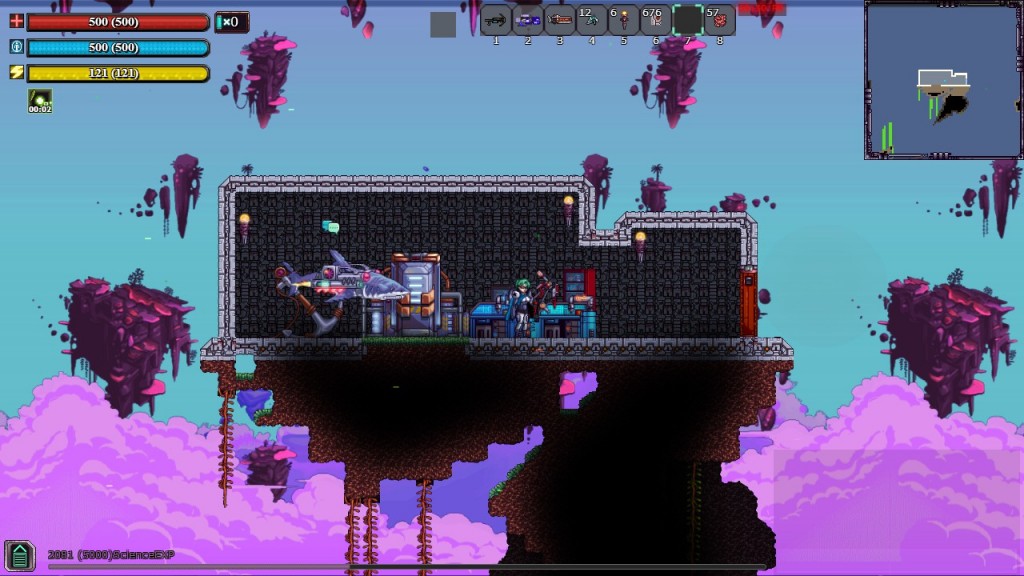 As you might have guessed, your inventory will fill up quite quickly. Progression is basically a case of “Build a base. Store things in it. Get good enough armour and kit to go deeper, build another base, transfer stuff you think is important between them. Rinse, lather, repeat.” It’s a relatively slow paced game. Go too far down, and not only is there a chance of dying to increasingly aggressive creatures, there’s a chance of dying to the increased radiation, the closer you get to the core.

Similarly, if you’re looking for story in your sandbox, expect to have to piece it together. You start off knowing only that the world is called Achoa, you are a member of ArkCo, and that the ship you were on got attacked while leaving Earth. You’ll occasionally find zombie ex crew members, and start piecing together both this strange world you’re on (Where there is atmosphere, but the land is somewhat shattered, and the atmosphere gets worse the lower you go), and perhaps the story of what really happened.

Overall, this one’s a game for the patient. It’s not unfriendly to new players (Although keybinds will confuse first timers), the difficulty curve is dependent on how far you push versus what you’ve got (So is mostly under your control), there are some interesting events and places if you’re willing to hunt for them, but it’s definitely not for those who like a quick start, or want to feel attached to a single area. People who are likely to yell “BUT THAT’S SILLY!” at jetpack sharks with lasers, plants that fire plasma balls if you hit them with energy weapons, and other, stranger creatures, may also wish to give this one a miss. They’ll be missing out on something interesting, but I understand people have different ideas of “interesting” versus “silly”. 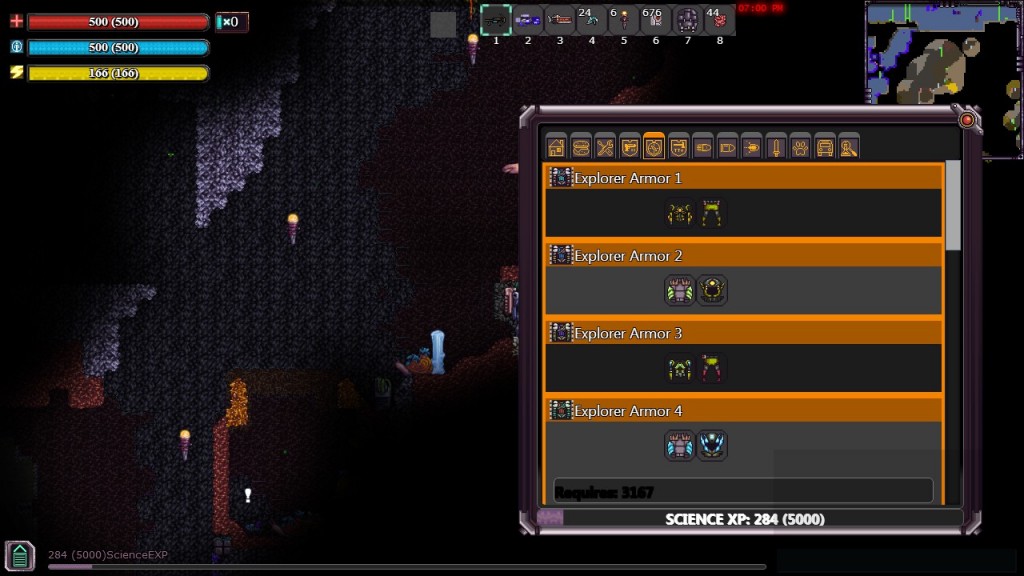 Oh, research trees… I admit, I have a weakness for them. Especially when they’re unlocked by doing what I’m meant to do.

I happen to find jetpack sharks with lasers on a world like Achoa relatively reasonable.

The Mad Welshman smiled as his rocks, mud, clay, and assorted junk was turned into many, many useful ferrosilicate building blocks. “Truly,” he thought “We live in the most advanced age!”

And then he shot a jelly, because it was annoying him.