In the beginning, there was only void. And then God said “Hey, I’ve got these four elements, let’s bang them together and see what happens!”… And then the miracles of life, technology, and the like occurred, with the occasional muttering of “No, I’m pretty sure that should have done something.” Such is Doodle God, a simple, yet fairly entertaining puzzle game, where you put things together to make new things. Fire and Water, for example, makes Steam, while later on, Money and Banks make Debt suddenly come into existence. 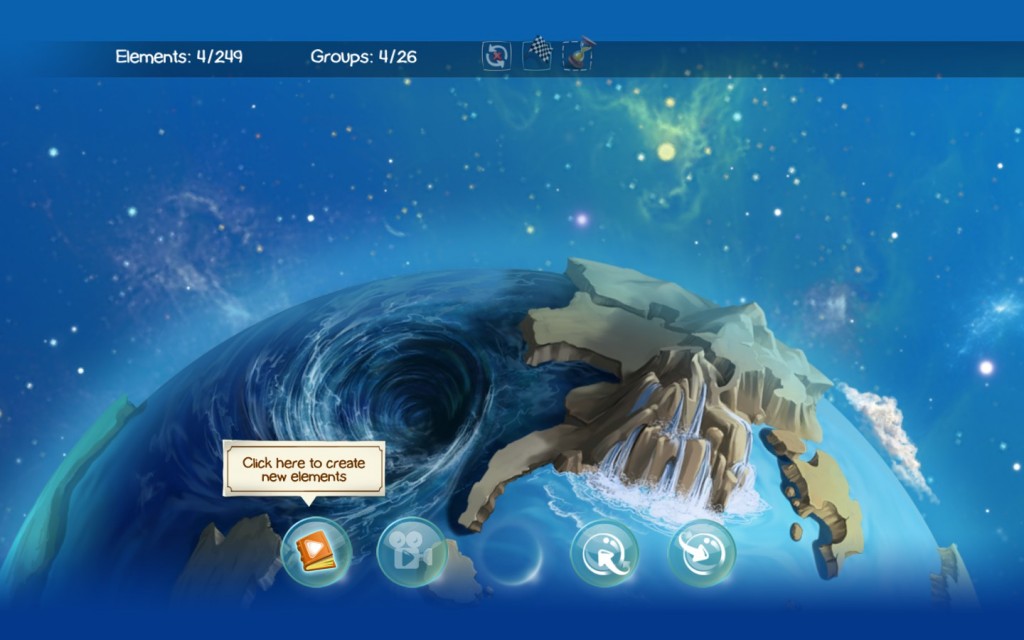 Early on, the world is largely barren, and without form…

For a puzzle game in the region of £5, it’s got a fair amount of content, with the main game (Containing four chapters of putting things together, with some simple and slightly silly story to go with it), puzzle mode (Where you’re aiming for something specific using a limited amount of elements), Quest mode (Mini stories), and Tournament (A daily quiz tournament, requiring coins to enter, that give hint rewards and more tournament coins). There’s a fair bit of variety, although not an amazing amount of replayability unless you really feel like it outside of Tournament mode. It looks alright, the music is relaxing, and the world of the main game fills up as you get more things made, which is a nice touch for such an accessible game, simple in both concept and control.

There’s just one small problem, and two larger ones. The first larger one is inherent to the game itself, in that, the further the game progresses, the more likely you are to be fruitlessly shoving things into each other in the hope that you’ll find the things you need to progress, as some elements only have a few interactions, while others… Have a lot. Humans, for example, get shoved into a fair few things, but Plasma is something that gets relatively little love. There is a hint system, but it leads to the other problem with this game: Microtransactions. 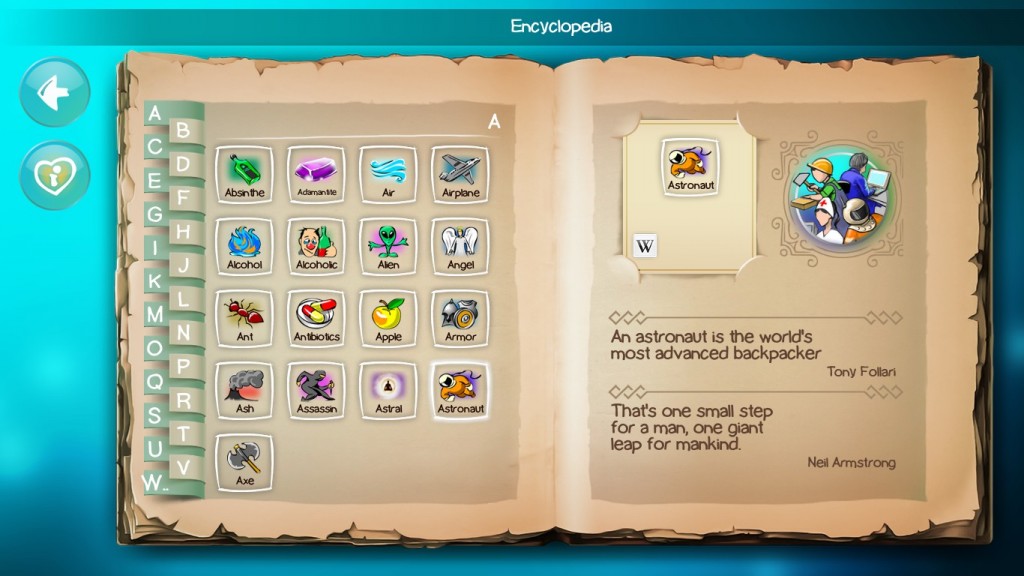 …But there are many things you can fill the world with.

Thing is, the microtransactions are for… Er… Hints. And, in the main game at least, they’re just on a cooldown rather than “Once they run out, buy more please!” It honestly feels extraneous and pointless, since… It’s a Steam game. The series has been around long enough from its free game origins that guides exist. And I know people would rather look something up than give someone money for hints in this day and age.

Finally, there’s the second larger problem: Some of the combinations are logical stretches at best, and somewhat nonsensical at worst. I often found myself scratching my head, thinking “Okay, how does this and this… Make that?” A good example (Only occurs once, to my knowledge, so not a huge spoiler) is that, at one point, Astral and Death makes… Er… Mindflayers (Y’know, the DnD monster. Psychic, has tentacles, octopus headed, eats brains?). That’s by no means a simple connection, and you occasionally feel that there could have been a simpler way to do things. 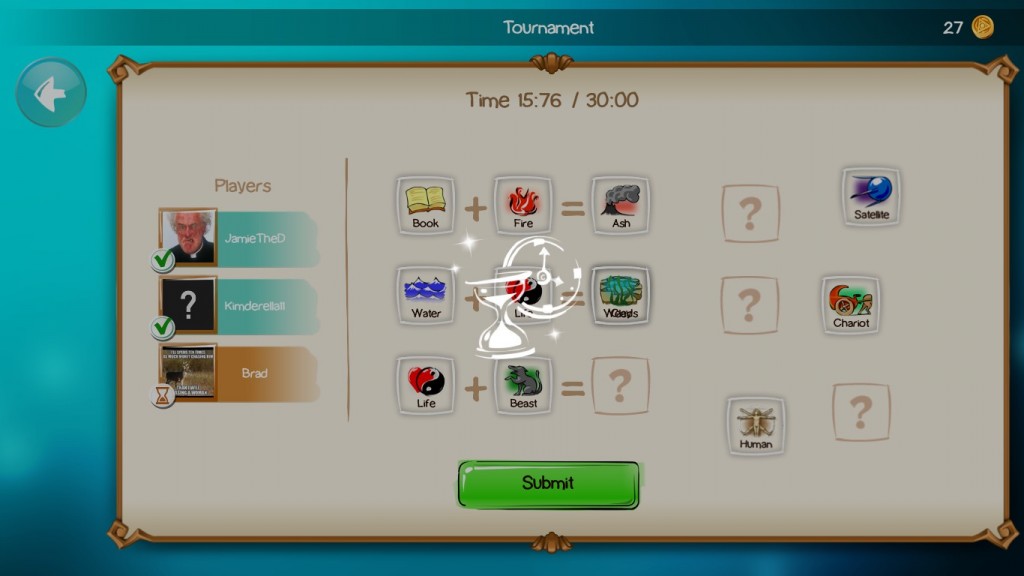 Tournament mode, it must be noted, has one somewhat annoying bug. See if you can spot it.

Still, Microtransactions can be ignored, there’s a fair amount of content for the price, and puzzle fans might find this one interesting. You’ll know fairly quickly whether you like it, hate it, or don’t particularly care about it. Just be aware that, unless you’re a completionist, you’re going to finish the game, finish the puzzles, quests, and artefacts, and be left with… 3 to 5 achievements to the game left, and the tournament. Personally, I finished the review and the game in a day’s worth of play, and don’t find the tournament all that “Addicting”. But I’m not you.

The Mad Welshman accessed his GodPod, clicked on Electrons, then on Printing Press. And Lo, Dideth Reviews Come To Pass.