Every now and again, there comes a time when there’s no diplomatic way to say that a game is terrible. Dark Heritage: Guardians of Hope is one of those times. This game is appalling, even for a genre not exactly known for high production values, or even polish at times. That genre is Hidden Object Puzzle Adventures (or HOPAs). Bear with me, while I explain why this game is the pits. 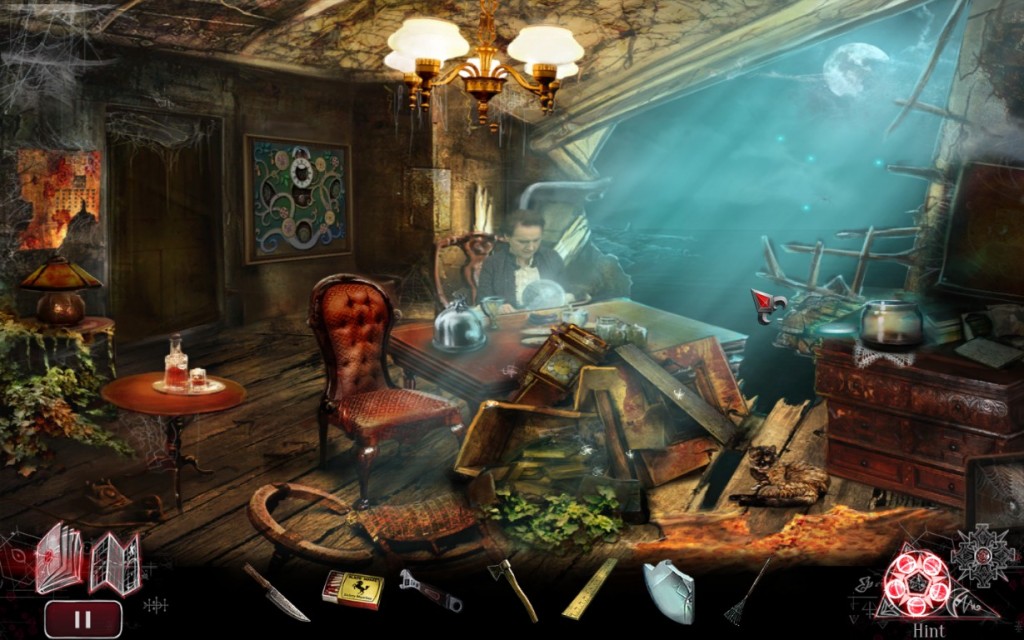 It is an unwritten law that all houses must have a ResEvil Lock/Safe somewhere on the property. Ghosts are not exempted from this.

For those who don’t know, HOPAs are a specific subgenre of adventure games, where at least a third of the puzzles (Usually more than half) involve finding hidden objects because… Well, between one and three of them (Usually just one) are important plot items, and the rest… Is just for the joy of finding hidden objects. Your mileage may vary immensely on whether that really is a joy, not only as a personal preference, but also within games. They mostly tend toward supernatural, sometimes romantic or familial stories, rely on simple characterisations, and have retained many of the same core UI elements as they had in their humble beginnings (Around 1998). Backgrounder over, let’s talk criticism.

For a start, unless specifically pluralised, hidden objects tend to be the only one of their kind in an individual puzzle. Not so with Dark Heritage, which not only has objects similar to each other (You may try and click on a “Hammer”, only to find out, near the end of the game, that it was actually a “Lever”. The actual hammer is on the other side), but exactly the same type of object (For example, two wheels. One’s a bicycle wheel, one’s a cart wheel. Only one of these choices is correct. 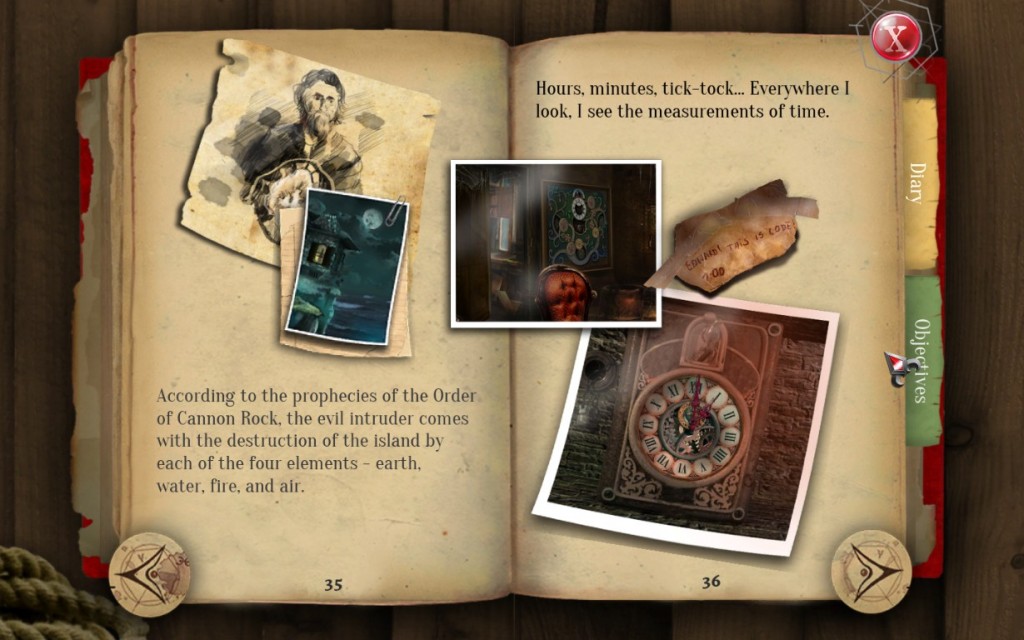 The game gives you clues via the usual journal. Those clues are not always visually clear, however.

The inventory puzzles, similarly, involve arbitrary interactions, much more so than usual. I couldn’t use a saw or an axe on some planks, because, since they had bolts on them, I was clearly meant to use a wrench. You’ll lose cutting tools (Because adventure game rules), then wonder why, as your main interactions appear to be cutting, smashing, and sawing of some description. Not all of them… But enough to leave you scratching your head, wondering why the hell you can’t smash this time.

As to the puzzles… There’s a lot of repeat puzzles, with at least two variations on the “Push levers which affect other levers, making sure they all go up/down” puzzle, a couple of jigsaws, and the lever push’s annoying cousin, “Three dials that go round and, bee tee dubs, affect each other. Good luck aligning them in patterns you may or may not have seen somewhere!” 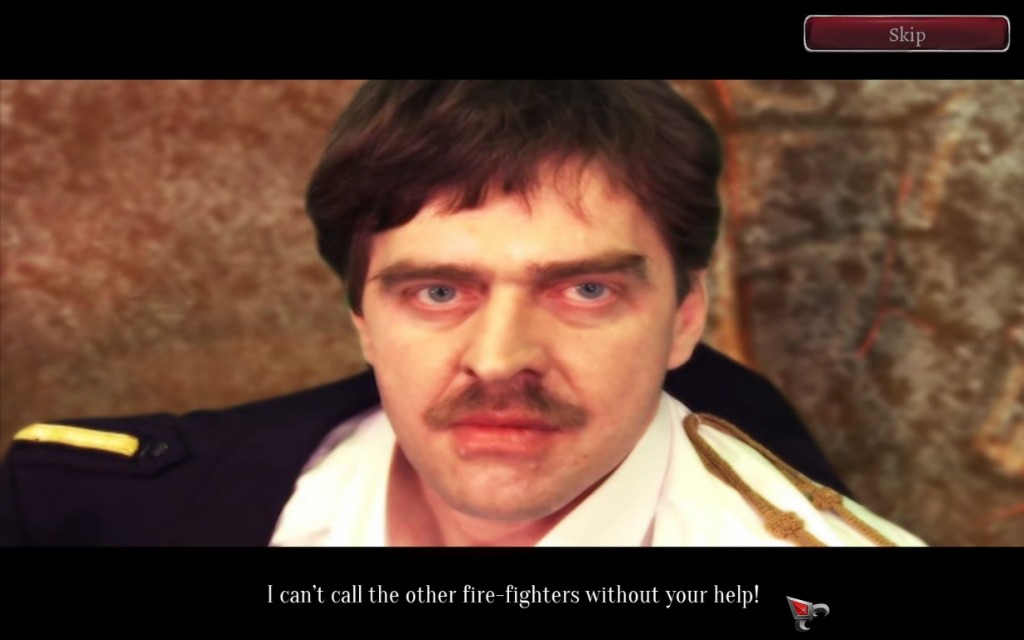 This is the emotion portrayed throughout the conversation. Note also that that’s a webcam wig. You can tell because of the odd movements compared to the head.

The game attempts to experiment, with FMV actors over the usual fare of mixed 2d/3d scenes. This would be interesting, if a) They had something worth saying, and b) The actors weren’t asked, for some bizarre reason, to mostly just portray a single emotion, maybe two (Sometimes none!), with little to no relation to what is being said, or how it’s being said. The story is paper thin, even for a HOPA, and it can basically be summed up as Hero’s Journey Lite. “Get McGuffin, Beat Evil Master, and also solve the fiendish mysteri-” Oh, wait, we already covered those mysteries, didn’t we? They’re fiendish, alright, but not in the way you’d like.

HOPA fans will find the hidden object annoyances frustrating, Adventure game fans will not be sustained by the story, the acting (Voice or otherwise), and both will be annoyed by the inventory puzzles. This is one of those times I can’t recommend a game to anybody except those of us who look at games to see what the hell went wrong. And that makes me sad.

The Mad Welshman checked his pockets and sighed. He’d left his keys at home, and would have to solve a jigsaw puzzle, find a crowbar in among 11 other objects, break some planks, find some nails and a hammer (One of which was behind a colour matching lock), and build a ladder to get back in. Just another day, he sighed, as a Ghoul engaged him in conversation at the bus stop.