Source: Cashmoneys
Price: £11.39 (or thereabouts)
Where To Get It: Steam, Official Site
Other Reviews: Early Access

Well, it’s been a wee while since I last looked at Delver, and now it’s hit release. And you know what? The game’s pretty solid, for what it is: A first person, moddable dungeon crawler building levels out of pre-built rooms, with random potions and kit, and fixed enemy types per area. 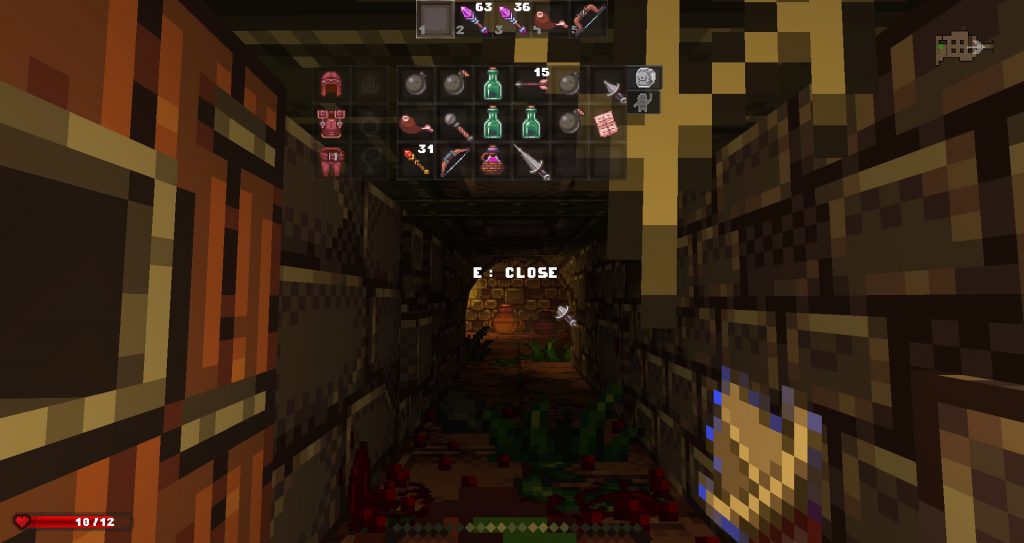 G’bye, broken dagger, you were an ok dagger while you lasted, but now you’re crap and gone!

A lot of what I’d previously said about Delver remains true: Weapons degrade over time, so you’re deeply encouraged to change things up (Unless you want to be walloping things for a grand total of 1 damage over and over again), inventory management is something you generally try not to do in the middle of combat, and you’ll want ranged options, and a fair amount of them, by the time you hit the second area. But it’s the little things, sometimes, that help.

What little things? Well, bigger room variety, for a start. The game really uses the vertical element now, and so rooms feel more fleshed out, more interesting. A few extra enemy types, a bit of rebalancing, and the addition of bombs (and bomb vases… Be wary of darker coloured vases, they go boom) all go a little way toward adding a little more flesh to what was already a fairly accessible, chunky dungeon crawler with a bit of charm to it. Potions can be exploded, if you use them right, and all of this goes toward giving a little more depth to a moderately simple game.

As such, yeah, Delver still charms me. Sure, there’s no incremental play (beyond gold carrying between runs), but it’s not designed around that, more about getting right in there and delving. No one combat option is superior to another, it’s simple to understand and get into, and deaths are simply a pause, a learning experience. Oh. Yeah. I maaaaybe shouldn’t stab the dark red vases, huh. Oh. Yeah… Wands and bows are actually useful. So that’s what that Skeleton does.

With the addition of bombs, things can get a little chaotic. The Fire Bomb is both the most rare and best example of this.

Another addition is that there are more… Sssseecretssss. Doors that don’t seem to be openable, locked areas, little branching paths. While I haven’t found the key to unlocking them yet, it is there, and the rewards, from what little I’ve been able to see, are pretty juicy. The sound really helps to create a living dungeon, and some monster noises echoing from further away really helps hit home that no, you are never safe.

The price has gone up since I last reviewed it, but I still feel, so long as you’re aware this is a pick up and play game, rather than The Big Roguelike of Complexity And Nuance (or something) , then I would still recommend this as a fun experience with a consistent, well put together aesthetic. And, of course, it’s got a mod scene. Not a big one yet, but the game is moddable. 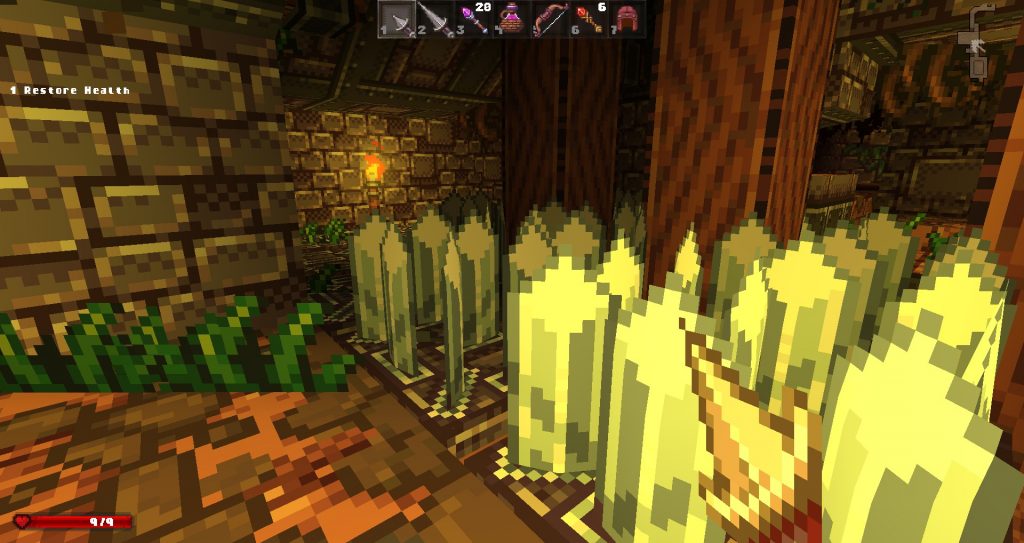 A room? Just devoted to this elaborate patterned spike trap? Oh, you *shouldn’t* have! <3

The Mad Welshman gives this game the Sheev Palpatine Award for Health and Safety. Can confirm that handrails are mostly lacking over bottomless pits, and explosives are placed wherever the heck. Keep it up, villainy’s proud of you!