Source: Cashmoneys
Price: £14.99
Where To Get It: Steam
Other Reviews: Early Access 1, Release

Last time I looked at Book of Demons, I wasn’t terribly impressed. Despite there being more content now in the game… I am, sadly, still not impressed. In fact, I feel rather annoyed.

Why? Whoppers, among other things. No, not whoppers in the sense of big lies. Whoppers, in this context, being skeletons. Skeletons that I’ve come to hate for their two, linked abilities: Summoning monsters when hit, and being invulnerable for a short period… When hit. Each enemy, individually, is weak. But when not letting enemies get close enough to wallop you is a valued survival strategy, Whoppers are a big middle finger. 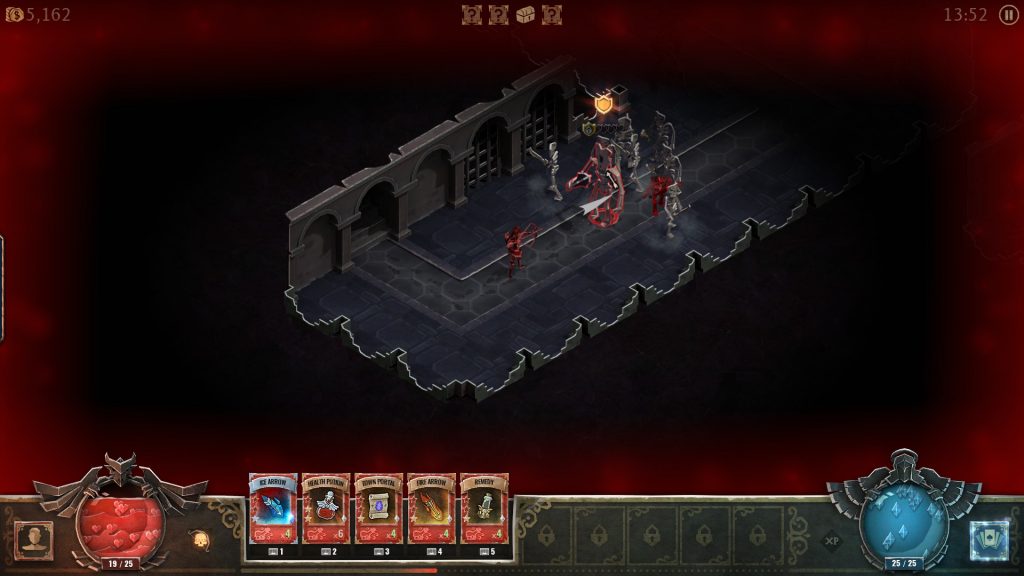 A good example of a Whopper being a massive jerk. Time to take damage!

To recap a little before I continue: Book of Demons is part of a planned franchise called the Paperverse, recreating older games with a more casual style to them. In the case of Book of Demons, that’s Diablo, right down to the sanctimonious priest, Deckard Cain lookalike, and even some of the bosses (Who have been renamed, but are still clearly The Butcher, The Fallen Priest, and, of course, Diablo, Lord of Terror.) What does more casual mean in this case?

Restricted movement along set paths (which monsters can block. Easily), and making it so that while you auto-attack, if you handle it like a clicker, you attack faster, and do more damage. Mouse over money and items to pick them up (Occasionally left clicking.) Number keys or right clicking for item use (preferably the former), right clicking to use spells or special abilities.

The problem being, this restriction along fixed paths is still, a lot of the time, a massive pain in the neck, and creates some frustratingly nasty encounters. I have yet, in the current Rogue playthrough, to die (Which is a point in its favour difficulty wise… For the Rogue), but oh boy, have I gotten angry. Oh look, going through this door into a restricted room with poison enemies has landed me… Past the poison enemies, who blocked my way out. Welp, time to take damage for no reason other than being blocked off! 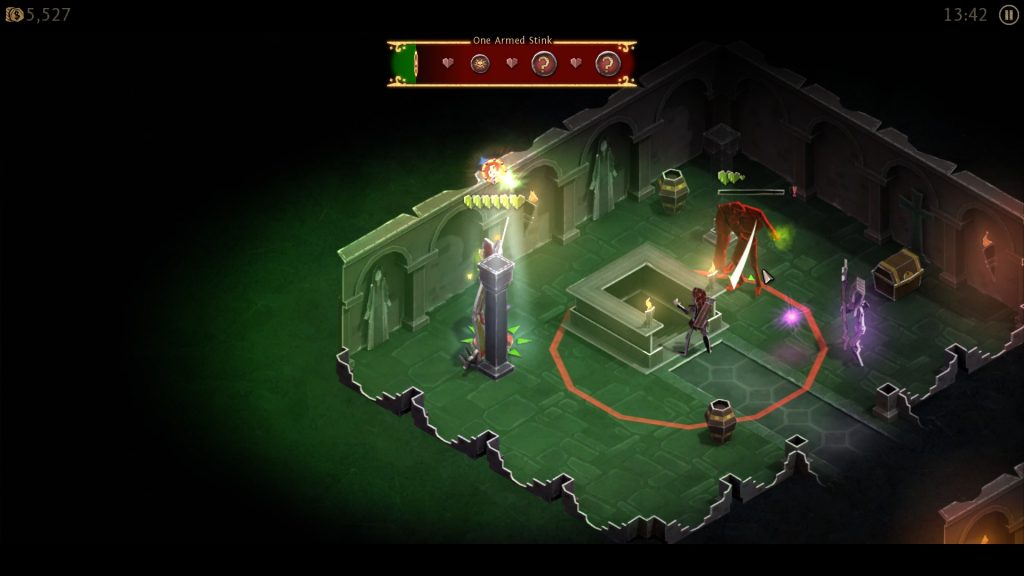 Seeing as none of these monsters will leave this room, most of them have poison AoEs on death, and *one* of them will rage, heal, and poison burst if I smack it too quickly… Time to take damage!

In a way, that I’m even frustrated with the Rogue (who, unlike the Warrior of my last playthrough, has ranged abilities as standard) is somewhat of a testament, honestly. Archers and mages can snipe me from well out of my normal range (so shift clicking to attack out of my normal range is mandatory), and invulnerability tricks to increase difficulty abound, from shielded enemies (invulnerable to everything except poison until you break the shield by… Hammering the left mouse button on the shield until it breaks) to Mages being invulnerable while they cast spells. Which, call me old fashioned, is kind of against the spirit of mages, who tend a lot of other places to forget their complex magical formulae due to being walloped, or at least can be hurt while they’re summoning all enemies in the area to my location, getting ready to… Hem me in again. Time to take damage!

Some enemies you can’t actually kill anything but slowly, because they heal and burst fire when damaged rapidly. Gargoyles can’t be damaged at all in statue mode, and heal if you let them go back to it… Not to mention that I know you’re an enemy, gargoyle. I’ve killed a hundred of you up to this point. Just sodding turn into a gargoyle already, and save me waiting. 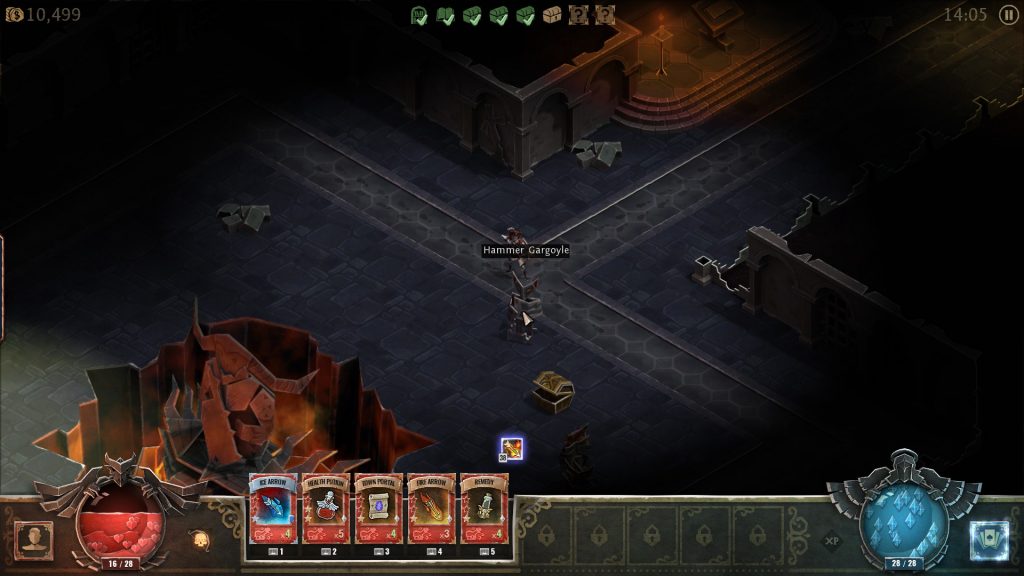 I know you’re not a statue, I can see words over your head. GET ON WITH IT.

I wouldn’t be minding so much if it was an interesting world, or had anything but its papercraft aesthetic to back it up, but… No. Aesthetically, it looks alright. Mechanically, enemies rapidly become types that are more tedious than challenging, that don’t give satisfaction when killed, because you just know that there’s more Whoppers ahead, or Mages, or things that just… Won’t… Sodding… Die without damage. There are now three base classes (Warrior, hits things; Priest, casts things; Rogue, hits things from afar) , but, in the end, the core play makes finding what makes each tick and unappealing prospect.