Source: Cashmoneys
Price: £15.49
Where To Get It: Steam
Other Reviews: Early Access

There is something deeply cathartic about smacking things with mechanical rocketfists. It doesn’t matter that it’s turn-based, and that this rocket-fist has been carefully considered after a couple of minutes. It doesn’t even matter that this is presented as the same comic frame for this move, repeated every time I choose it. The power of a good comic frame, really… It entertains even when you’ve seen it multiple times. 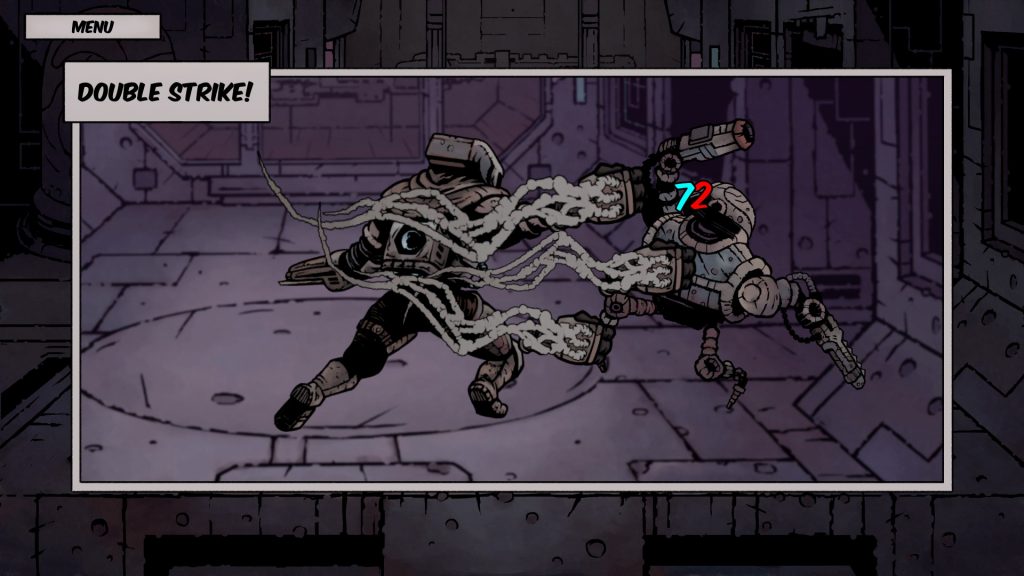 This screenshot is not, technically, lying. Sometimes you can get a Double Strike with more than two attacks. Ehehehe.

Similarly, that presentation helps make Deep Sky Derelicts as fun as it is. Which, when you think about it, is quite the achievement, considering it’s effectively a turn-based dungeon crawler where you want pretty numbers to go up. Consider: What I just said, compared to “You are a trio of convicts from diverse backgrounds, in a dystopian future, tasked by the Station Manager to find an ancient mothership by hopping from hulk to hulk, solving problems and being menaced by a variety of deadly aliens, mechanoid horrors, and environmental hazards.”

Makes all the difference. As does one of its little mechanical touches: Energy. Even though it’s rarely truly threatening, thanks to various means of getting it and conserving it that are open to characters, it’s never far from your thoughts, as it goes down with each move, each combat turn, each time you want to see just that little bit further… And if it goes to 0, you all die. Because it’s your suit energy.

As mentioned, though, the energy economy in the game is quite good, so it’s mostly inattention that gets you there. No, where the game gets you is when the enemies decide to take their gloves off. Because when they do, they do it hard. Summons. Armour. Miss chances, misfires, radiation… That last one, especially, is evil, because normally, your shields regenerate, and can easily be replenished, unlike your health, which stays gone, and can only be fixed up back at home base for prices best described as “Exorbitant” (Even in the midgame, when you’re getting a lot of stuff to sell, it can hurt.) Even with a mode where you can freely load from your last save, and death of a party member is reversible, around level 5, it starts getting tough. 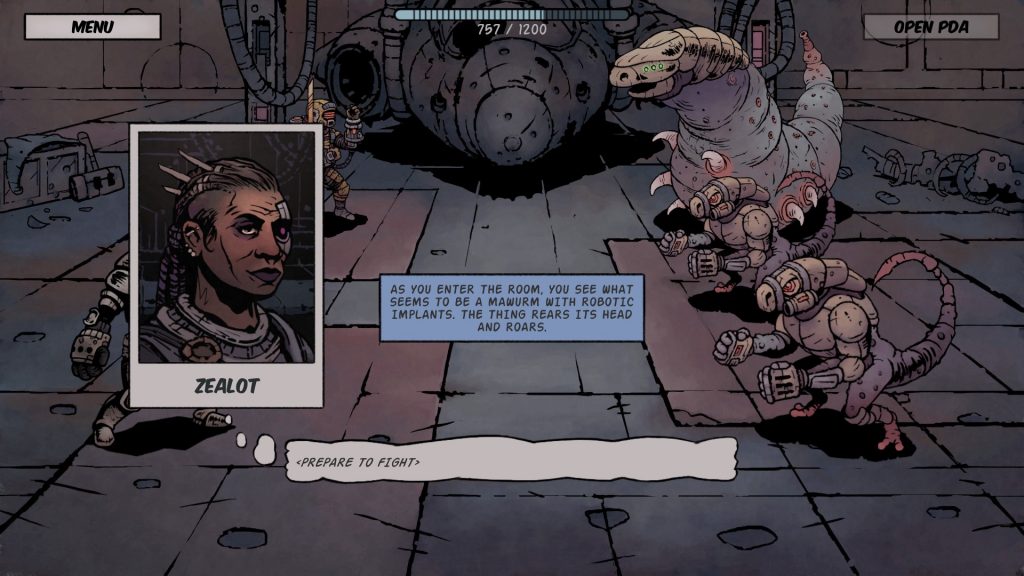 This is one of the “nicer” enemy groupings of Level 5. And it was only due to liberal use of stuns on the Alpha Skinks there that I got out of it only needing to leave the station and heal…

Aesthetically, it comes together quite well. Comic book stylings (complete with frames that pop in for your moves) mesh well with a solid UI, marred only by some odd control issues (Sometimes, the mouse fails to register clicks until you move it, once you’ve left an event, for example) , and equally odd choices (Scanning should be default when exploring, but it’s a part of your PDA, and so… Don’t close your PDA out of inventory, save some time and click the “Scanner” button instead.) It has some nice dark tones going on with the music, and the events that are scattered around the various hulks are varied and interesting, such as the morally grey tale of the man who wants to be an AI, or the lighter events where a giant pest can be dealt with… Well, differently to your usual solutions of “Hack it, shoot it, hack it in the swordy type sense.”

As to problems, well, apart from the aforementioned oddities, it should be noted that the game’s fast music somewhat belies its slowish pacing (and loading.) It’s turn based, and, while the hulks do have enemies, events, and later environmental hazards and traps, early on, they feel empty, and later on, you sometimes find yourself wishing they were a little more empty, as the difficulty spikes around the aforementioned level 5 mark. Thankfully, one of my other niggles is somewhat dealt with by mousing over cards (When your hand gets big enough, it’s hard to see the cards), but never entirely goes away. Otherwise, it does something a little different with a formula that’s become all too familiar, and it’s a solidly presented game in an interesting world. Worth a look. 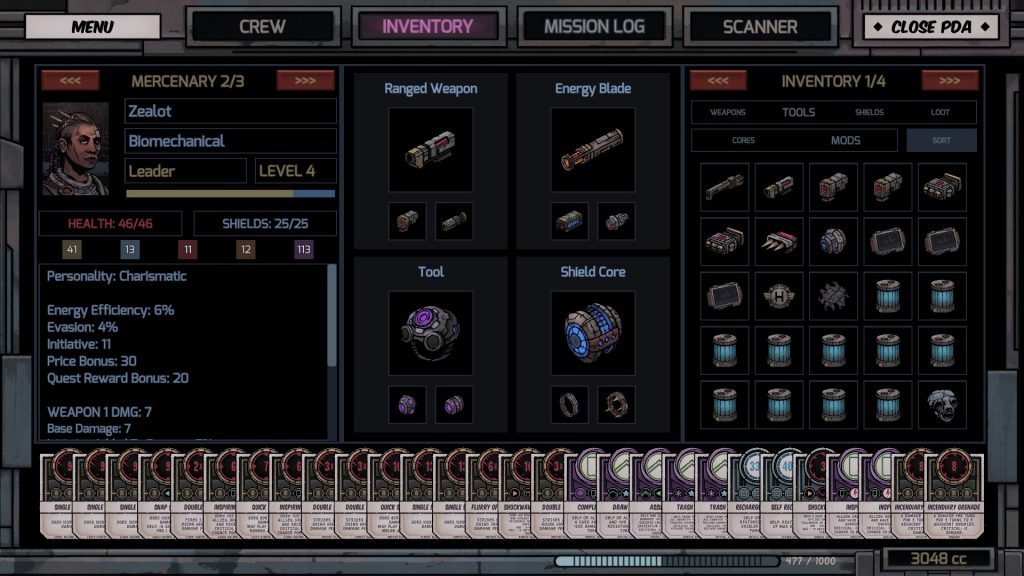 That’s a lot of cards. Thing is, I could have *even more*

The Mad Welshman reminds you that exploring old hulks is dangerous. Old games, less so.