Sometimes, even the smallest things can have long term consequences. That was the core idea behind 60 Seconds, the first game in this series, and now, in 60 Parsecs (A joke title based on a common nitpick with Star Wars Episode IV), that same question is asked… But in SPAAAACE! 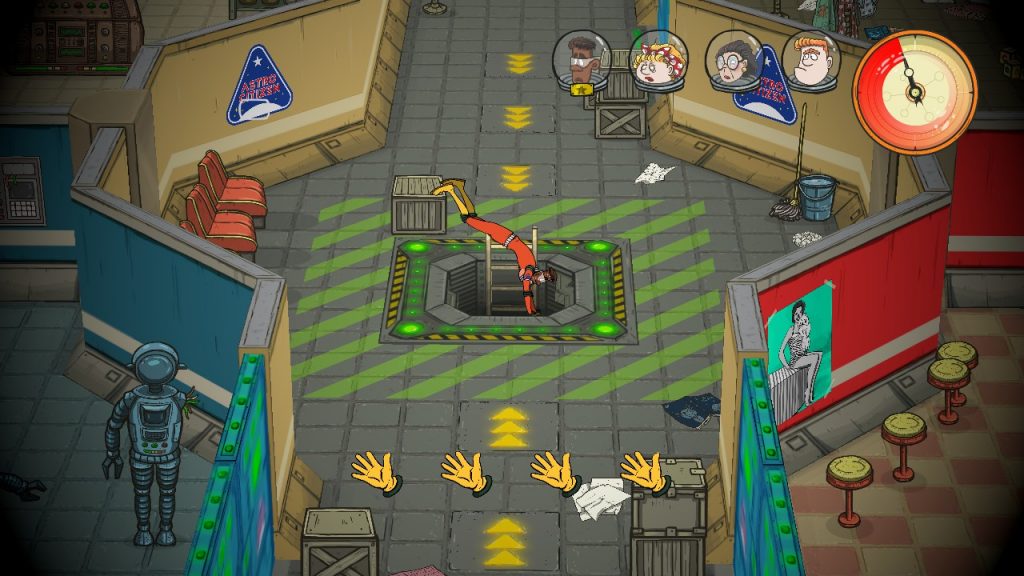 DIVE DIVE DIVE! Each character has their own animation for getting the heck out of about-to-be-nuked Dodge.

It also saves a little time, because it means I can say that if you liked 60 Seconds, odds are high you’d like 60 Parsecs, because the core is the same: You have 60 seconds to pick up as much survival gear as you humanly can, from tins of soup, to crewmembers, before your alternate 50s space station gets blown up, and from there… Hopefully find and survive in space, long enough to get rescued… Or for something else to happen. It depends on both luck of the draw and your choices.

I never thought, for example, of the many potential uses of the humble sock puppet. Morale booster, sanity keeper… And apparently, very useful for dealing with aliens who want to steal my soup? Huh, better write that one down then.

One thing that immediately leaps out about the writing (for lo, writing is a lot of what you’re going to see in the game, along with the slowly changing faces of your ever more haggard crew) is that its humour rarely, if ever, punches down. It could have been a mean game, considering its subject matter, but at no point did I feel belittled or groan at a line… Mostly, in fact, I was chuckling if not outright laughing. For a game about an apocalypse, and surviving in extremely hostile (and cramped) conditions, it’s light hearted, and pulled me in. When Baby Bronco, the buff, but not very smart crew member fell in love with me, it was over positive reassurance, a reminder that he was valued. That was kiiiinda undermined by my dying of rats the next day, but it was sweet, and I appreciated its presentation. Even if I didn’t quite appreciate the whole “eaten by rats” thing. 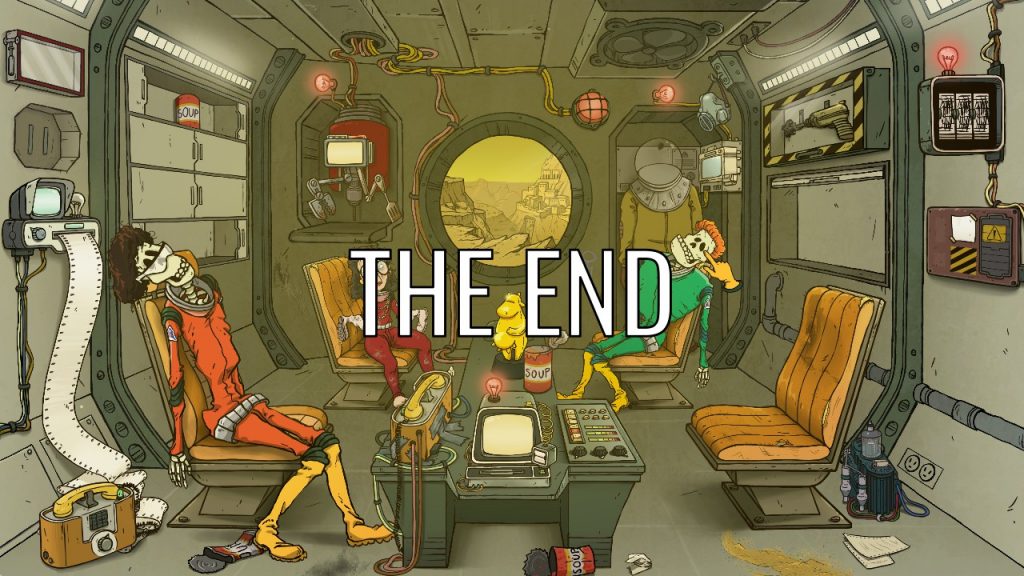 I mean… We went together, that’s gotta count as a romantic no- No, it doesn’t, does it? Welp…

So… Writing’s good, sound’s good, art style is good (unlike 60 Seconds, which tried 3d models for the “OHCRAP GRAB THINGS” portion, 60 Parsecs has a nice, consistent style throughout, well animated and presented) … What’s not so good? Well, it’s a core thing, and, as such, this is more of a “Be warned” than a thumbs down. Not having the right item in some situations kills you. Failing certain events kills you. You will die, and sometimes it’s for the silliest of reasons (The rat thing, for example, was because I’d sent Baby Bronco out with the very item I needed to deal with the rats… The day before.)

I’d say, for the most part, the charm of the game gets around this, but it should be noted that getting to the end of either of the 60 [time units] games is hard. A lot of the enjoyment is not so much in the destinations (Of which there are multiple, some hidden), but in the journey.

Overall, I kind of like 60 Parsecs. It does the thing it does quite well, it’s got a lot of charm to it, it tutorialises fairly well, and, when I find myself even chuckling at some of the gruesome ends I and my crew have fallen prey to, I feel like, tonally, it’s hit a good mark. 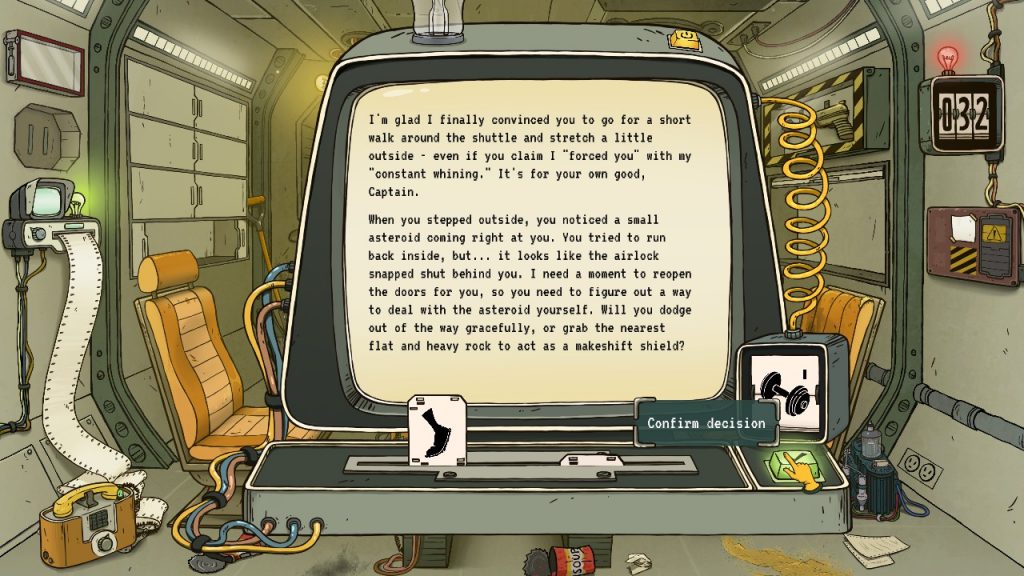 The Mad Welshman would probably not make a good captain. I mean, both Captains and Vaudevillains often have rocking moustaches, but that’s nowhere near the amount of similarity needed…