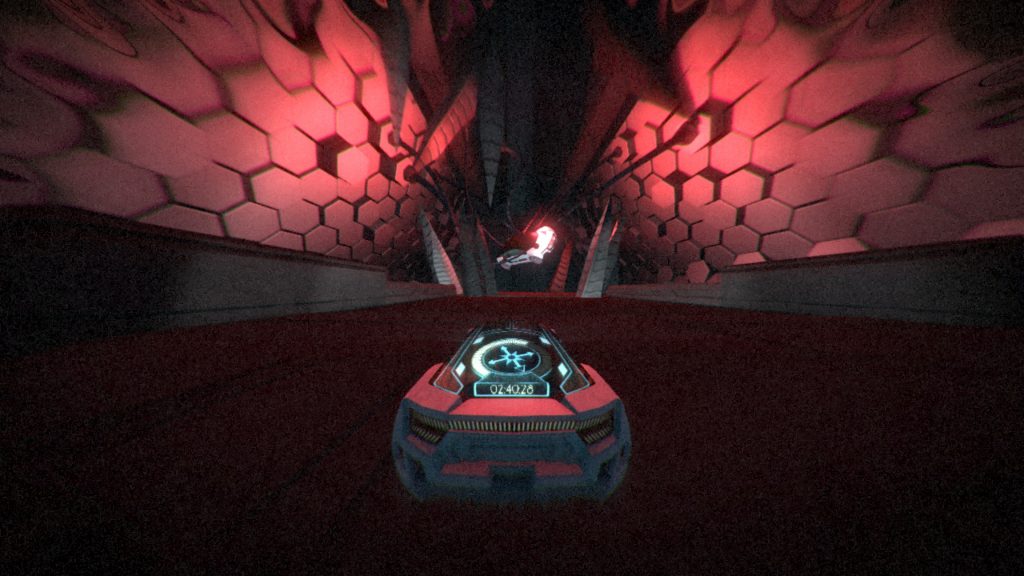 And yet… Here we are. A Future Racing game involving a car that can fly, tumble, and make sharp turns without braking… Also being a game with horror stylings, unsettling the player with strange vistas of a world gone horribly wrong, shining hope transmuted to despair. Without a single human character, only a car, a road that inexplicably seems to want you dead, a teleporter, and a rogue machine… OR IS IT?

Okay, so it gets a little odd and ambiguous at times, and I’m not 100% sure I can give the game props for horror writing when I haven’t completely played through the second campaign, but moodwise, it definitely creates feelings I’d associate with horror: Uneasiness and dissociation, asking myself… What’s really going on?

It also helps that it’s a smooth game. While I would recommend controller over keyboard for Distance, if only because the control scheme is a little odd, the keyboard controls are, nonetheless, quite smooth, and I only ever felt a little put out during the quicker, more difficult segments by the aforementioned control scheme (Quickly hitting SPACE, A/D, and SHIFT in the right timings was a little bit frustrating. Only needed late in the main campaign, and I’m sure rearranging keybinds could help.) 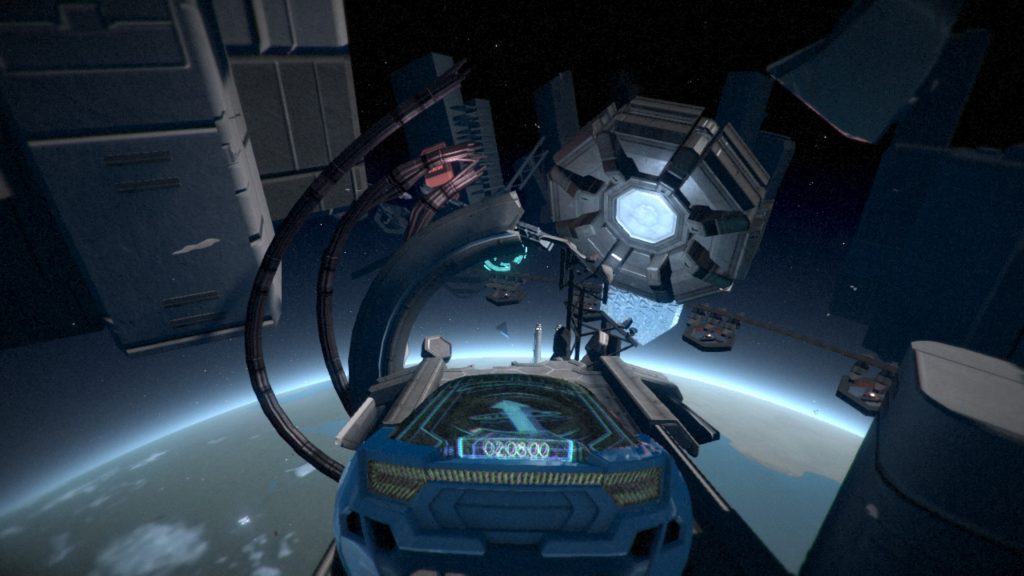 While flying is relatively rare, the cold, deep depths of space aren’t. They’re breathtaking. Well, they would be if cars had lungs, anyway…

Aesthetically, the game is on point pretty much throughout. Good signposting, clear visuals, and a dystopian retrofuturist aesthetic that works well whether it’s ruined or not, I never felt distracted. Musically, it switches well from pumping electronic beats to more ambient, horror styled soundscapes, and the sound effects and voice work well.

So… So far, I’ve been pretty glowing about Distance. And it is a good game. It helps that it also has a track editor and Workshop support, but one thing I will say is that I don’t really feel like the campaign added a whole lot to flying before it’s taken away from you for the majority of the rest. Part of that, I get, flying is hard, and inverting the vertical controls is a bit of a shock if you aren’t prepared for it (My exact words were, as I recall “Friends don’t let friends invert on you.”), but it was somewhat disappointing to see flying under-represented. But other changes from the original formula, such as a “down” thrust (that’s “down relative to your car”) are definitely welcomed, and I did, overall, find enjoyment in doing some of the silly things you can do with your jumping, thrusting, tumbling electronic car before the end of its main campaign.

And that, honestly, is about all I can say, because the game is simple and tight, elegantly tutorialises, and is fairly accessible to boot. It’s got some interesting horror elements that feel natural, and is well worth a look from the Future Racing crowd. 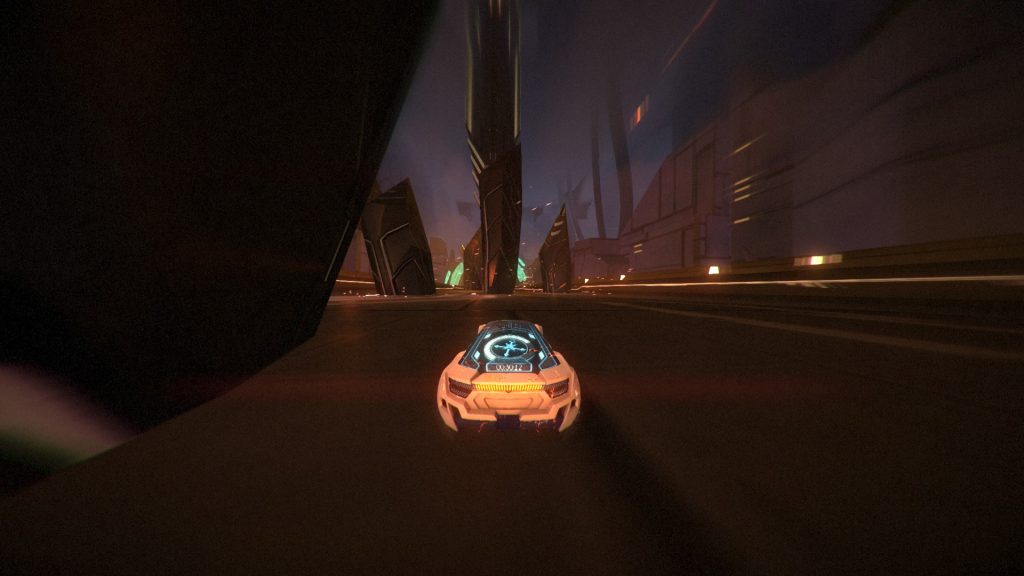 Another improvement over Nitronic Rush… These spikes didn’t want to make me throw my control-device out of a window.