Source: Cashmoneys
Price: £12.39
Where To Get It: Steam
Other Reviews: Release

Balance can be a very difficult thing to achieve. I don’t think that’s always a well understood thing. The more complex a game is, the more likely one of its pieces can fail to interact with its siblings. And although I am certain it will be fixed, it’s interesting to note where Deep Sky Derelicts hasn’t quite got the balance down just right yet. 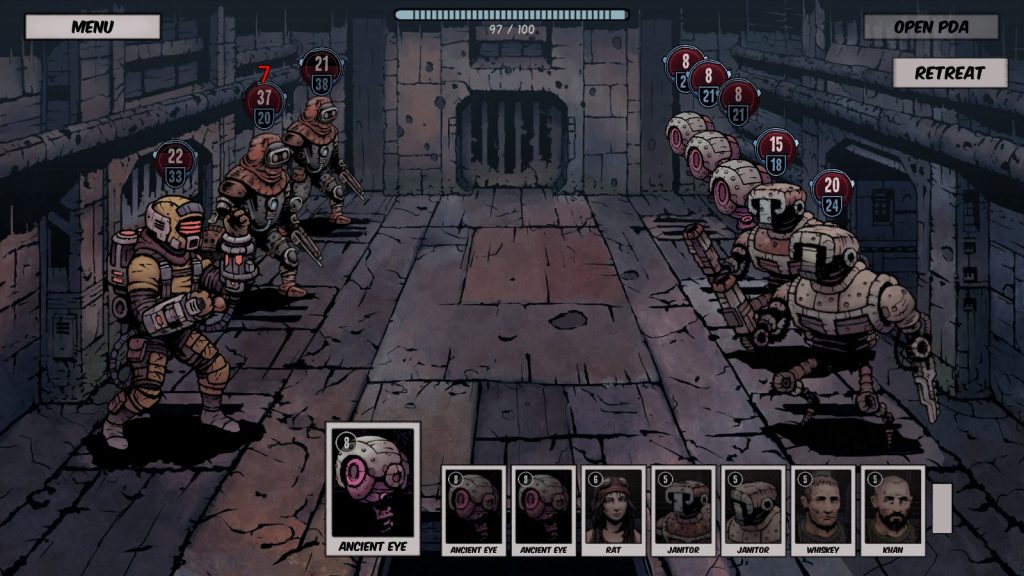 This combat, which I foolishly walked into, could be a metaphor or something.
But no, it’s me about to be clowned by a superior force.

Before we get into that, however, what the heck is a Deep Sky Derelicts when it’s at home? Well, it’s a procedurally generated, turn based game involving entering ancient hulks, fighting aliens, pirates, and robots, all to find two dreams of humanity: The Mothership on which humanity arrived, previously thought by the game’s spacefaring civilisation to be mythical, and citizenship, for lo, the spacefaring civilisation is a wee bit dystopic. Hand drawn art in a comic book style, some solid music and sound effects, and a mostly clear UI. Good stuff, potentially, and, aesthetically, already shaping up very well.

And mechanically, a fair amount of it is shaping up well, too. Most of the various classes work well, each having specialities of their own, such as the Bruiser’s Heavy Melee (at the cost of not having a ranged weapon, or a second tool), the Leader’s flexibility, and so on, with guns and addons being the main methods of customising your character’s deck of cards for the fights. There’s a certain joy in finding new and effective methods of murderising the opposition while ensuring your health or suit energy doesn’t get too low, because regaining the former is expensive, and losing all the latter (Drained by both exploration and turns of combat) is an instant death state… Similarly, the tutorialising is good, and mostly feels natural. 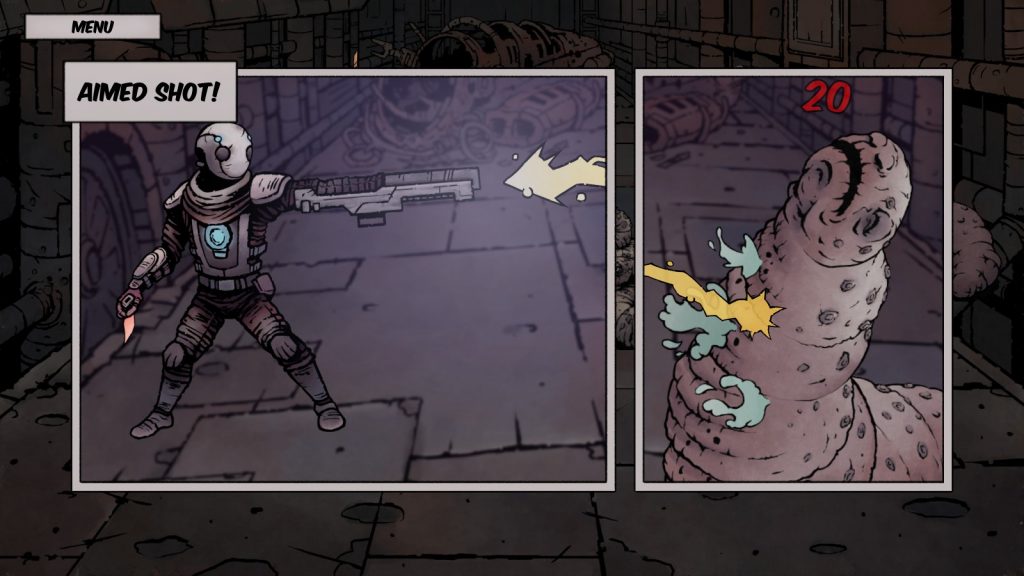 Even the most basic of attacks look good.

Alas, not all is currently well, and some things feel a little lacklustre. The Bruiser, for example, has the lowest ratio of combat cards to non combat at first, so they are, oddly, a class you have to build up before it really gets going, whereas others, such as the Engineer, can mostly get going straight away. Equally, not all weapons are equal, with the Assault Rifle getting the least use in my runs because… Well, without a high Weapon stat, it rapidly becomes useless against anything with the least amount of armour. At the moment, the ships feel relatively empty, which, in a way, is fitting, but also makes for minutes of… Well, wandering just to find something, and it’s very important to check the level of the ship you’re invading before embarking. There are four ships to start with, and closest does not mean friendliest. Just so you know. Finally, and this is definitely something that is being worked on to my knowledge, the game is not complete, so unless you’re gunning for the main goal as directly as possible, yes, you’re going to run out of missions, and consequently money. Money you need to re-energise your suits and survive.

These points aside, though, Deep Sky Derelicts is shaping up to be pretty fun. Some of the questlines are well written, and give a sense of a universe which has a lot of odd things going on, like God Machines (or machines with delusions of godhood… Take your pick), creative means of getting around the limitations of a space suit (and the disgusting results thereof) , and, of course, the things that populate ships. What makes all the janitor robots so damn murder happy? We may never know. Finally, when a run goes well, it goes very, very well, and I’ve been dissuaded from wanting to murder my entire team by… Well, finding some particularly juicy pieces of loot that make the combat go by even quicker, new things to see in the comic frame presentation of moves, and convinced myself “Okay, you don’t get cut off yet. Your kit’s too good.” 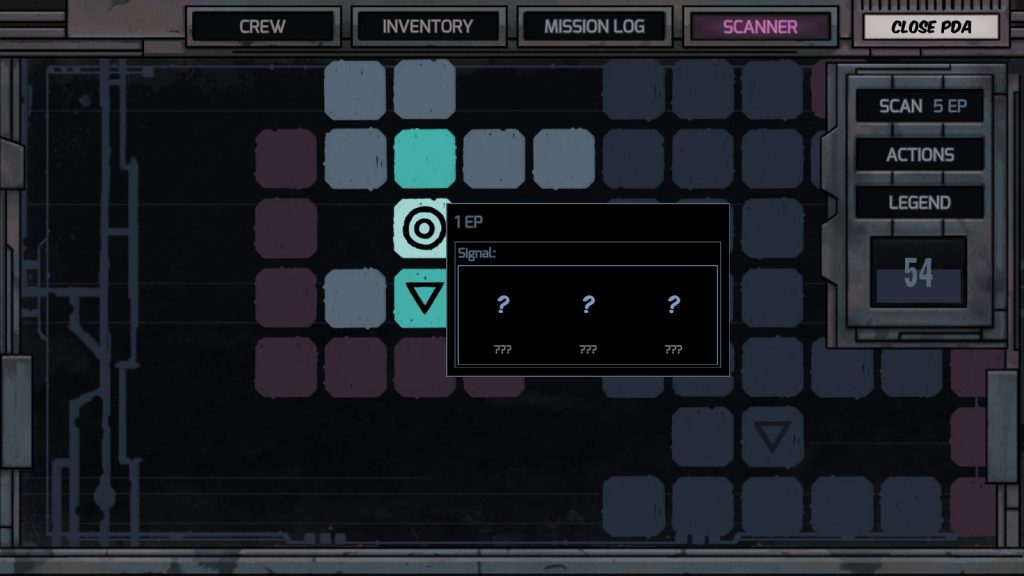 On the one hand, minimalist, and not a whole lot of events over the whole ship. On the other, this is clear as crystal.

So that’s the current state of Deep Sky Derelicts: When it’s good, it’s entertaining and fun, and when it’s bad, it can get sloggy quickly, which, thankfully, is fixable. It’s an interesting take on an idea we’ve seen quite a bit of over the years, with a good aesthetic, and I look forward to seeing where it goes, because, as mentioned, balance problems can be fixed, and the writing of what’s in there so far is giving me confidence that, by release, I’ll be more positive about the game.

The Mad Welshman would give you more today, but he needs to get a suit refill. Stupid oxygen-nitrogen atmosphere…