One of the many things I find interesting about game design is how, individually, elements can be nothing new, but… In combination, the magic happens. Tangledeep is, in many ways, a traditional roguelike: On its intended difficulty, survival involves genuine consideration and thought, knowledge of its rules (The game likes to remind you, on death, that those healing potions you get don’t take a turn to use, for example), and memorisation, to an extent, of the challenges that face you. This level branches into these levels, this boss is at 6F, and so on. 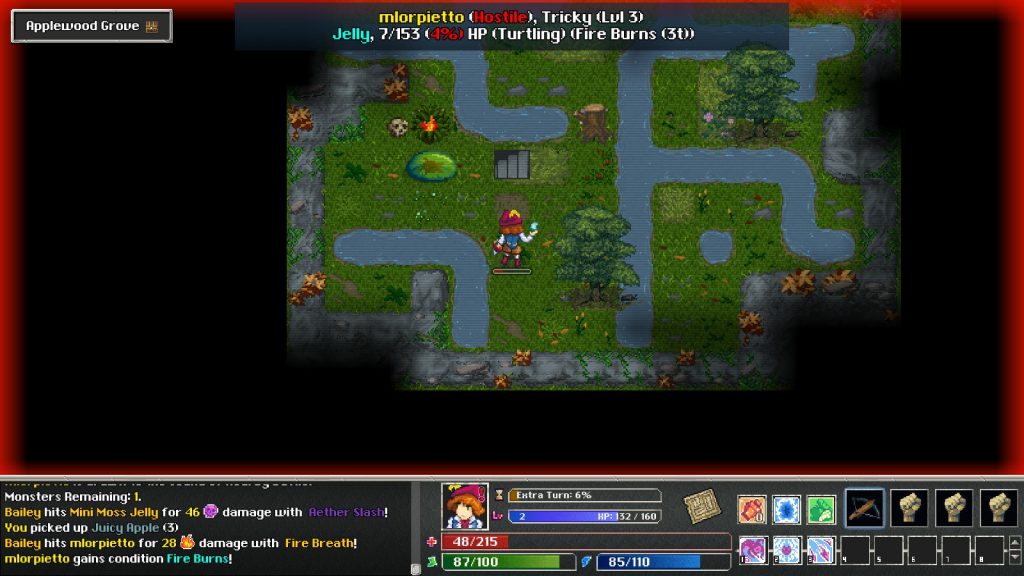 With the Keen Eye perk, a frankly silly amount of information is easily available about your enemy.

However, there’s enough differences and features that, in essence, listing them all would probably fill a review on its own. Crafting food, with a recipe book in your journal. A JRPG style Job system, where you mix and match both the skills and weapon talents of classes however you feel is optimal. Pets, seeds, a mysterious machine, and, somewhat surprisingly, an overarching narrative, set in a world where climbing up the Tangledeep, and attaining knowledge (Sometimes doing good along the way) is the goal, rather than, for example, climbing down the dungeon of Somuchforthat to gain The McOrbison of Clingfilming… Or something like that.

What this means, in practice, is that you always have a good reason to come back to town through the town portal, checking in on what’s going on, that there’s a fair amount to explore, and, thanks to an adjustable difficulty where you don’t necessarily have to die, you can chill the heck out while doing so, exploring the systems and getting the hang of things before maybe graduating to single character permadeath with unlocks, or, traditionally as heck, permadeath permadeath. 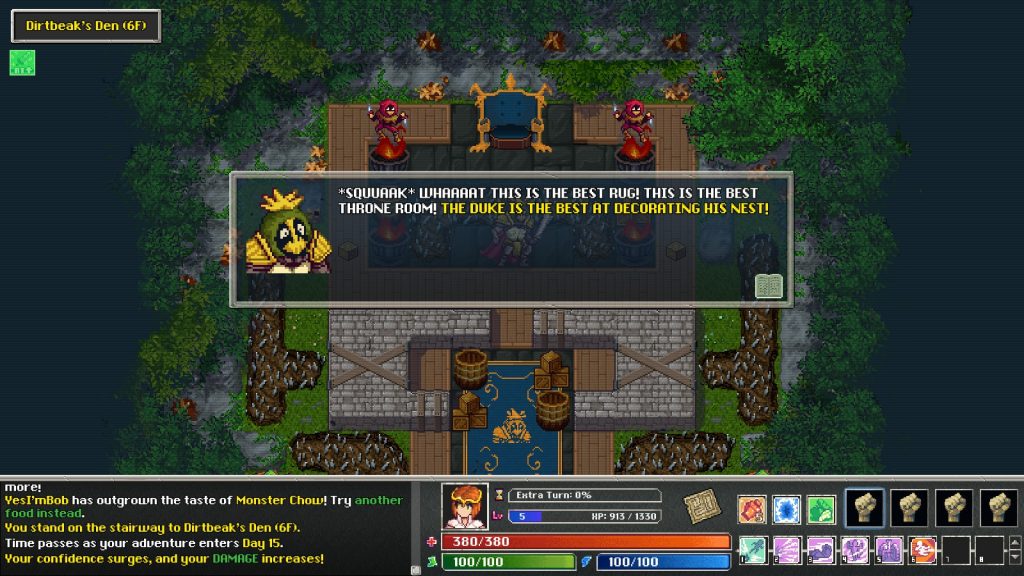 It shouldn’t really be said that you don’t disrespect a birdman’s nest, even if they *are* a jerk… But I went and did it.

Or not. Nice thing about games with a fair amount to do, and adjustable difficulty: You don’t have to explore the whole thing to have fun. It helps that, as Roguelikes go, Tangledeep is pretty accessible. Here, clear menus. This is equipment, food inventory, job point stuff, journal. There, a clear map, everything tile based with a key that leaves little doubt as to what everything is. With good music, sound effects, and visuals, all inspired by SNES JRPGs, a variety of classes, unlocks, etc, there’s a lot to recommend it.

Indeed, my main complaint is one that could be levelled at, honestly, a lot of roguelikes overall: Beyond the special areas and boss levels, going through some of the levels just feels a bit humdrum, a case of “Explore as much as possible, break things, go back to town, up some stairs, rinse, repeat.”

As such, overall? Tangledeep’s pretty good for a Roguelike. It’s got charm to it, and a solid, clear design to its UI that helps make it just that important, little bit more friendly. And that makes it a roguelike well worth checking out. 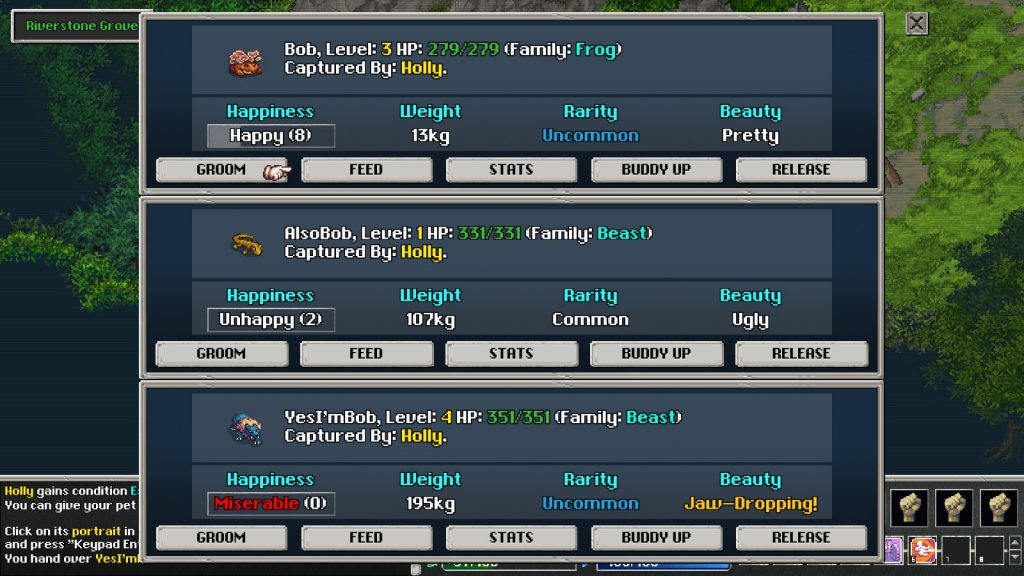 Please don’t ask me to name your own pets. This is part of why…

The Mad Welshman also has a nice nest. Well, as soon as he puts his many many books in order, preferably without loss of life or limb…