Source: Cashmoneys
Price: £13.99
Where To Get It: Steam, Humble Store, Itch.IO
Other Reviews: Early Access 1, Release

It’s funny, sometimes, the things you have to think about in a game like Dead Cells. After all, sooner or later, the player’s going to have trouble getting new blueprints, or collect them all. Thankfully, I have discovered that yes, Motion Twin have thought of both aspects, while continuing to improve a game that I’ve already been liking so far. 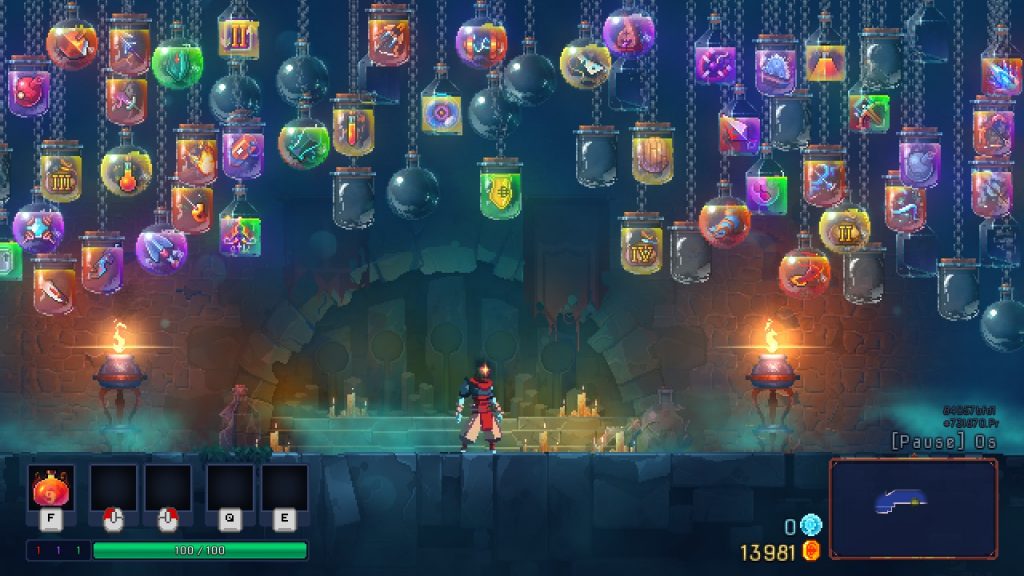 See… I *told* you I’d get closer to that goal of getting all the lovely bubbly vials of cool things! Soon, my pretties. Soon.

When last I looked at Dead Cells, quite a few months back, it was already shaping up to be a characterful, clever 2d platforming slash-em-up with a lot of depth, paths, and ooey goo to enjoy. And since then? There’s been a lot of changes. And you know what? They’re good. The new levelling system, for example, balances a concern that the older system had, where you could go for damage, health, or ability, but could level yourself into a corner. This time around, every upgrade path gives you some health, and there’s good reasons to take any particular level up, from damage boosts on killing enemies, to improved parrying with shields. Similarly, some upgrades allow for selling things you don’t want on the spot, reshuffling the shop (for a price), a Daily Challenge mode where you try to balance getting through a level quickly with murdering the Best Monsters, and new areas galore.

For first time players, the level design hints at things that you can achieve, or get. Glowing sarcophagi. Weird blobs, strange sigils… Where I’m currently at, ability wise, I’m looking at walls too tall for me to climb, and I’m not thinking “Oh boo, an area blocked off”, I’m thinking “Hrm. Somewhere, currently out of my reach (but not forever), there is someone I’ll defeat to get wall climbing or jumping. And then, my pretties… Oh yessss, theeeennnn…” 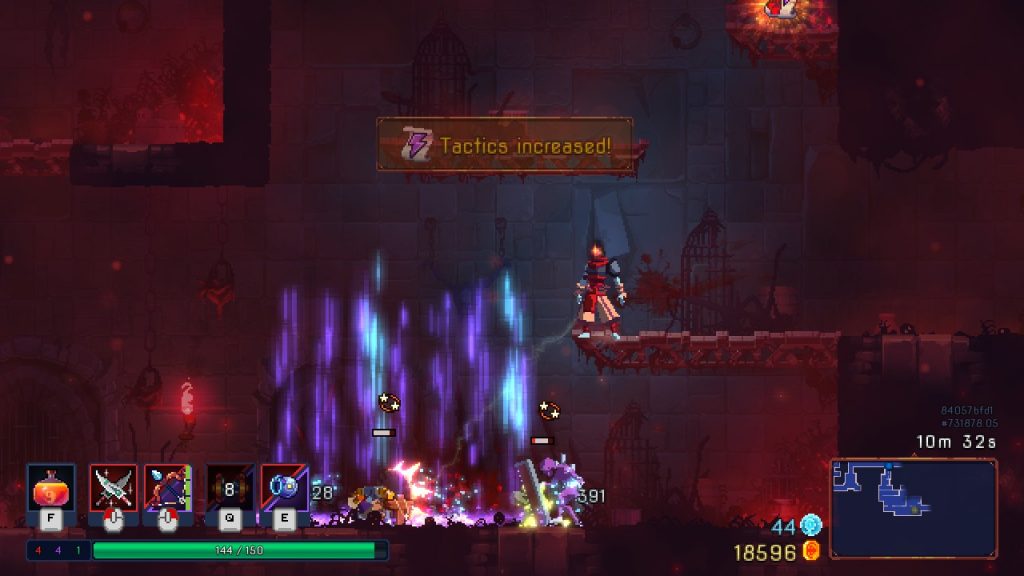 When a plan comes together, and enemies go SQUISH, it’s a good feeling…

It encourages with its blockages, rather than feeling like a limitation. Sounds like a contradiction, I know, but somehow… It works. Similarly, Elite enemies are a thing you can choose not to engage. Hit ’em, and you fight ’em. Avoid them, and, okay, you miss out on some lovely Cells for unlocking new weapons and abilities, but you wouldn’t be avoiding them if you didn’t think that maybe they’d be too much for you right now.

The things I’ve said previously, about the cool, disgusting sound design, the goo, the interesting visual design, and the twitch, remain the same. The aesthetic is awesome, the game mostly lets you deal with it on your own terms, while encouraging weapon experimentation with synergies and special abilities, and… Well, I liked it then, and I still quite enjoy it now, even where I am, pretty late in the collection game and hunting for the next step forward. 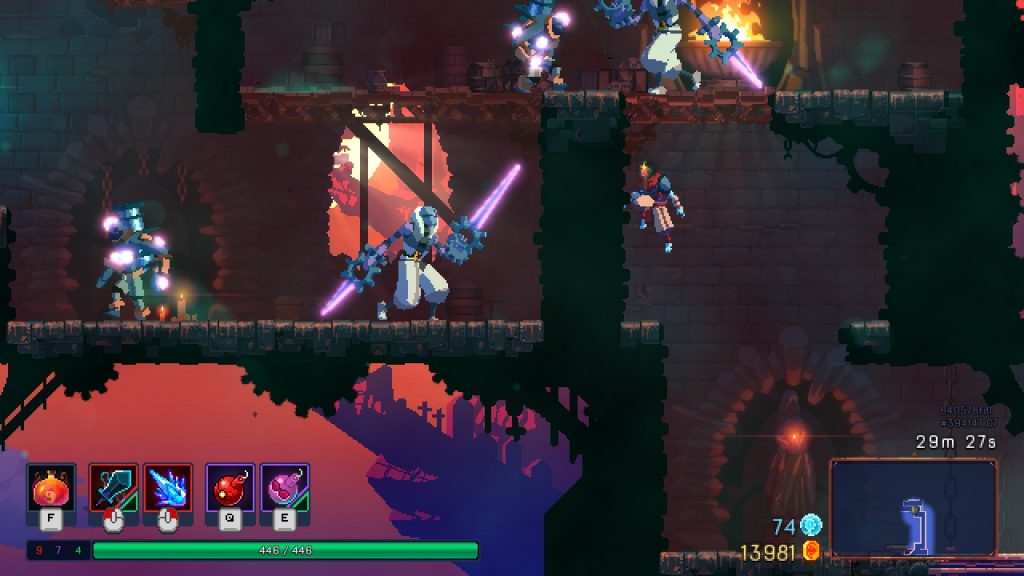 The briefest of glimpses of an area recently added, the Clock Tower. Suffice to say, it was brief because I was murderised shortly thereafter.

The Mad Welshman is running and running to stay in place, oh, what a mixed up world this is!