Source: Review Copy
Price: Approximately £3 ($5 USD, option to donate more)
Where To Get It: Itch.IO, Steam Page (For the Beta)
Other Reviews: Early Access 1, Release

Allow me, if you would, to unburden for a second… 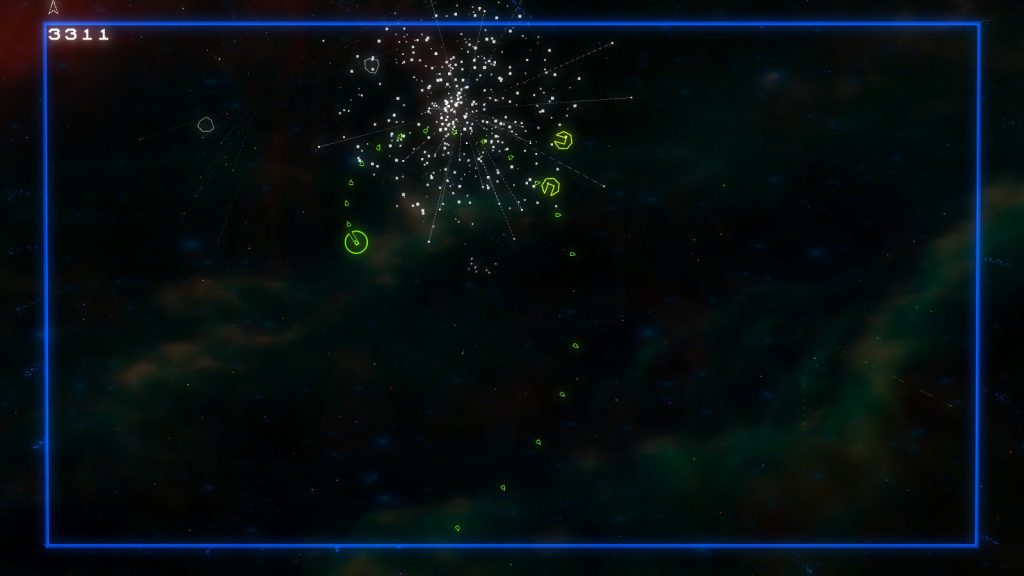 …Much better. This is what you might call the “Executive Summary” of R-COIL, a take on Asteroids that I’d covered previously. An interesting take, because the thrust and weapon systems on your little ship have, through terrible circumstance, been fused together. And, as it turns out, weapons have a lot of recoil in the largely frictionless depths of space. Cue the main challenge of the game.

Visually, the game is quite polished, quite clear, quite accessible. Taking from the vector drawn school of old arcade games, there’s nonetheless colour and pizzazz to the game, and the ability to turn off various jitters, jumps, and deliberate aesthetic glitchiness if it hurts the eyes is a very pleasant feature. The sound, similarly, has improved quite a bit since last time, keeping that 8-bit aesthetic while not being painful to the ears. So far… So good.

In other changes… Well, it must be noted that mouse and gamepad play are, due to their control scheme, somewhat different experiences. A gamepad is highly recommended, as it affords more granular control over, say… Aiming than the mouse, due to the fact that, with a gamepad, you’re turning in the direction the left stick is pushed toward (and the rightmost face button shoots or thrusts), while, with the mouse, left and right movement turn the craft, and the left mouse button shoots or thrusts. 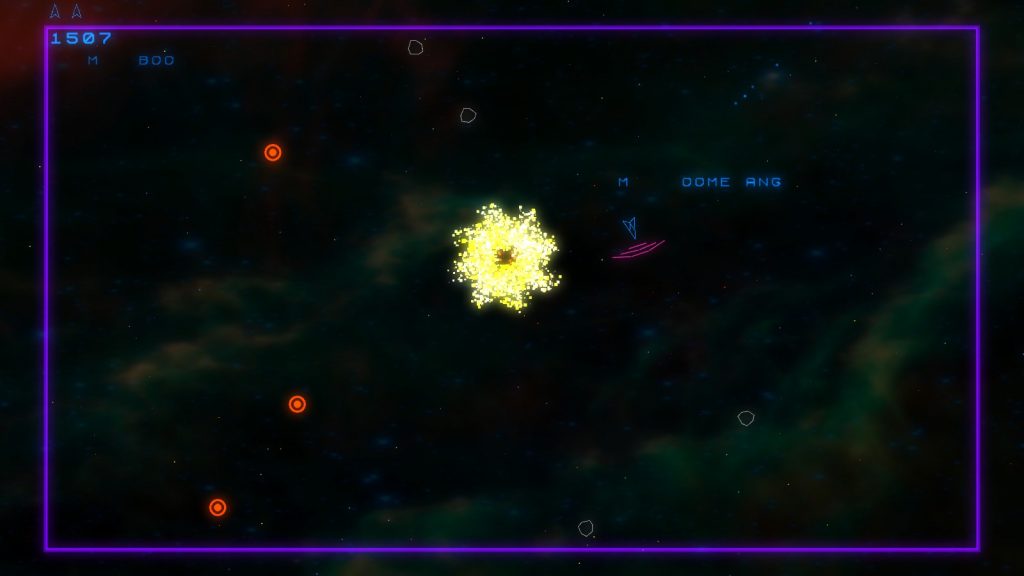 Er, that’s Boomerang. Screenshots don’t capture quite how chaotic this can get, sadly.

Overall, though, it’s one heck of an interesting experience, albeit a twitchy one, where even powerups can be double edged swords. Yes, okay, the Cloak means enemies won’t specifically target you, because you’re invisible. Of course… You’re invisible, relying on your thrust and bullets to see where you are. Hence the screaming at the start of the review.

Better weapons are good, but often have more recoil, while different shields… Ah, there comes a real balancing act. Do you rely on the tatters of your rotational shield, hoping for something better to come along, or do you take that front deflector, good at blocking front shots, but absolutely useless at protecting you from one hit death, and the loss of one of your three lives, if you’re not paying attention? Other shields exist, but each has their ups and downs. Sound worrying? Don’t worry, there’s also a Stress Free mode, in which you can die as many times as you like, and still get to grips with things… Or just have fun blowing things up and being blown up in turn!

And that, in a nutshell, is R-COIL. While not officially on Steam until next February, there is an open beta of the game available both on Itch.IO and Steam, and, if you like interesting, hectic twists on older formulae. 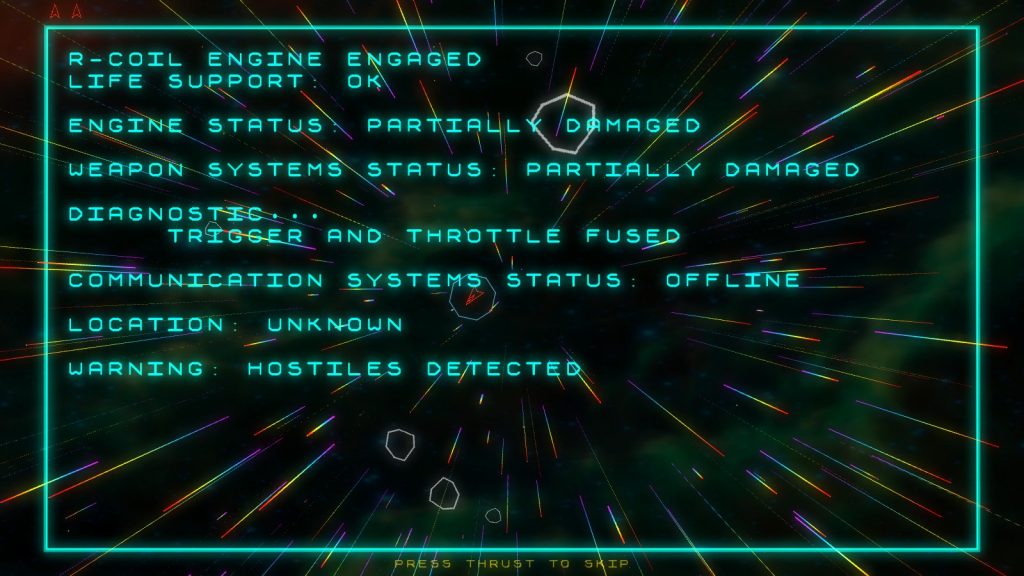 I *knew* I shouldn’t have gone for the cheap cabling between the guns and engines!

The Mad Welshman is still screaming. Maybe just a little. But it’s a good kind of screaming.