Source: Cashmoneys
Price: £3.99
Where To Get It: Gamersgate

Technically, this should be a Going Back, as Cursed Mountain originally released 6 years ago, on the Wii, but the PC Port has finally arrived, courtesy of its main publisher/developer, Deep Silver, only this past month. Was it worth the wait for mountain climbing, Buddhist hungry ghost shenanigans on PC? Well, only kind of. 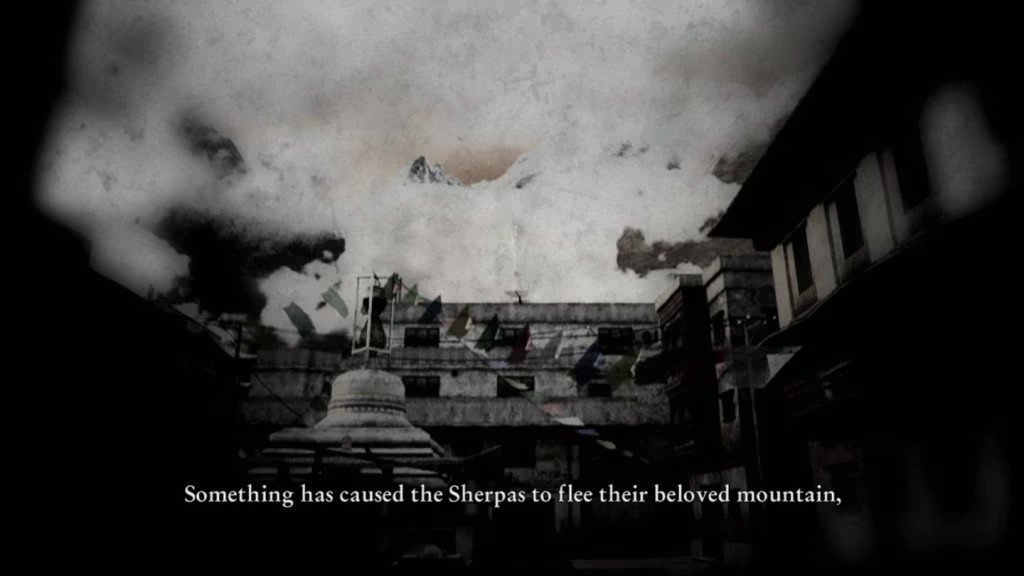 But what could *do* such a thing? SUSPENSE!

You see, apart from the control scheme, and adjustable resolution, it’s a straight port. So saves are strictly checkpoint only, the graphics are much as they were on the Wii (Running at around 30 frames a second, it doesn’t look bad, per se, so much as slightly dated), and there are a couple of quirks that I find a little amusing, and occasionally frustrating. For example, you always attack in the camera’s direction, so sometimes, to break a pot nearby, you have to get out of the fixed camera zones the game has.

Of course, part of the problem is that the game was designed with the Wii in mind, so there are things that you’re going to be missing out on (And I honestly couldn’t work out how to get a Wiimote connected to a PC to see if that functionality is still there.) For example, the Wiimote acts as a walkie talkie at one point, and that segment… Slightly loses out. Other features, however, become much easier. Combat, especially.

Y’see, combat in Cursed Mountain used to have some fairly janky Wiimote detection, leading to problems, as putting ghosts to rests, whereas, in the PC version, things definitely appear to be friendlier. Now, instead of having to follow lines closely, or flick your Wiimote, it’s “Mouse over these in roughly the right order, and flick your mouse in directions while doing stuff.” Much easier to deal with ghosts now. Speaking of ghosts, let’s talk story. 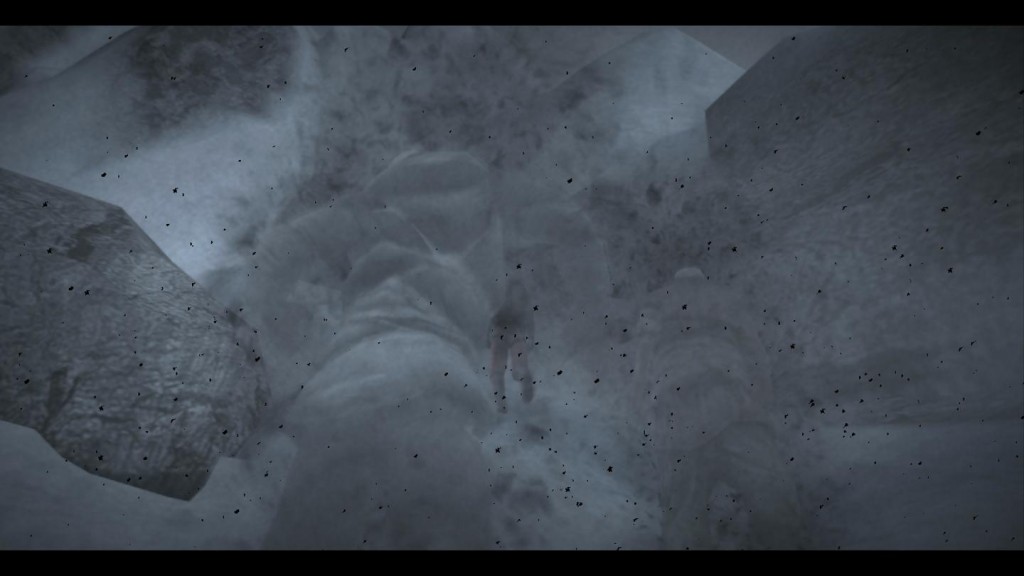 It can’t be understated that the game maintains an oppressive feel quite well.

The game is set in the 80s, in the vicinity of Chomo Lonzo (Bird Spirit, so named for its appearance), and you are Eric Simmonds, a scottish mountaineer searching for his brother… Who, as it turns out, has not been very respectful of local tradition, with the disastrous result of a plague of ghosts from Bardo. Buddhism is one of the main themes here, and I’m honestly not qualified to say whether it’s a respectful treatment or not (Although many folks seem to think it is), but I am qualified to talk about the pacing, how it makes you feel, and the like…

…It’s not for everybody. Survival horror generally isn’t, but the pacing in this one is slow and deliberate, although when it starts ramping up, it doesn’t screw around. Personally, though, I like it. Eric is a skeptic, and the game sort of reflects this. I say ‘sort of’, because “It’s a hallucination” is something Eric says all the way through, and you get the feeling that, as much as you’re playing along to see where things go, so is Eric… And he seems to cling to the idea of a hallucination more as a defense mechanism than any actual belief. Still, it leads to some interesting moments, like where meeting Edward Bennett doesn’t… Seem like a real thing that happened, thanks to the design of the static cutscenes. And yes, there are static cutscenes, but they’re really not that bad. 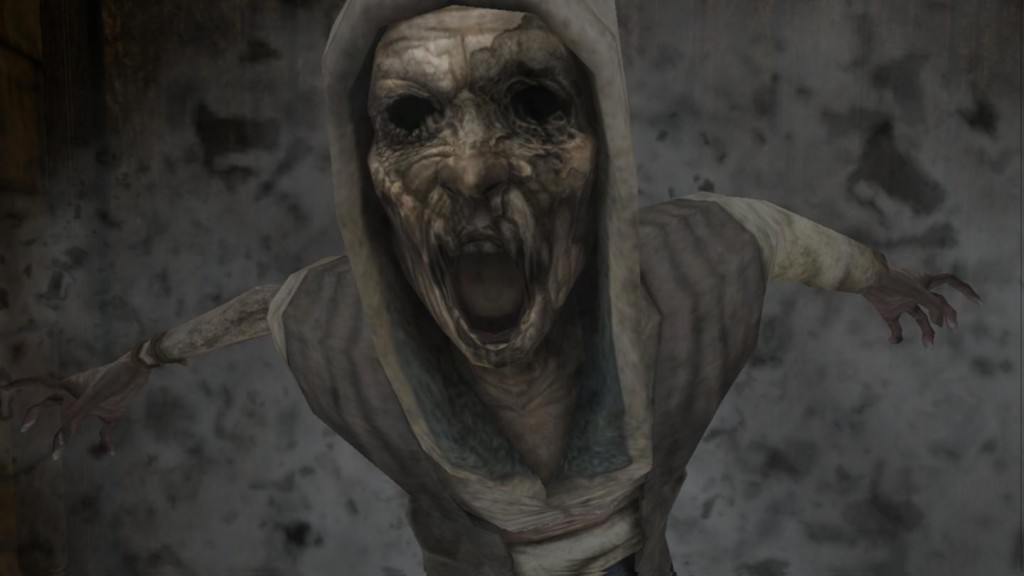 AND SUDDENLY DEATH AND BLOOD

What I did find bad, however, was that early areas made it very hard to see some things. “They didn’t even have time to bury the bodies.” Er, what bo- Ohhhhhh, THAT body! But, otherwise, the design is pretty consistent, the game is somewhat easier as a result of the port, it has an interesting premise, and the voice acting is… Alright! There’s definitely a sense of oppression in the game, and I kinda like the religious/spiritual elements (Although, as noted, keep in mind I am not qualified to say whether it’s appropriating rather than being respectful.)

But, also as I said, it’s definitely not for everybody. Some will be put off by the slow pace. Others will be put off by what is effectively QTEs for unlocking secret doors, boss fights, and making fights go a lil’ quicker. Others still will be put off by the lack of graphical options. The price of £4, as such, doesn’t really feel like a cheat to me, because it does interesting things, in potentially interesting directions, and the pacing doesn’t put me off. But, as mentioned… Your mileage will vary on this one.

The Mad Welshman sighed as his ice pick cast another soul back into the cycle. So much pain and suffering, and for what? A man’s pride?