Source: Cashmoneys
Price: £18.99
Where To Get It: Steam
Version Reviewed: 0.2a
Other Reviews: Early Access 2, Release

The City of Brass is many things. A cautionary tale about wishing for everlasting life. Proof that yes, whips remain awesome, and should be in games more. It’s also a game of twitchy planning. Yes, you heard that correctly: It’s a game that rewards very quickly coming up with ideas, and very quickly executing them.

As such, it’s a tadge tough, and your first hour with it is likely to be one of frustration. But when a plan comes together? Ohhh, yes. That’s a good feeling. 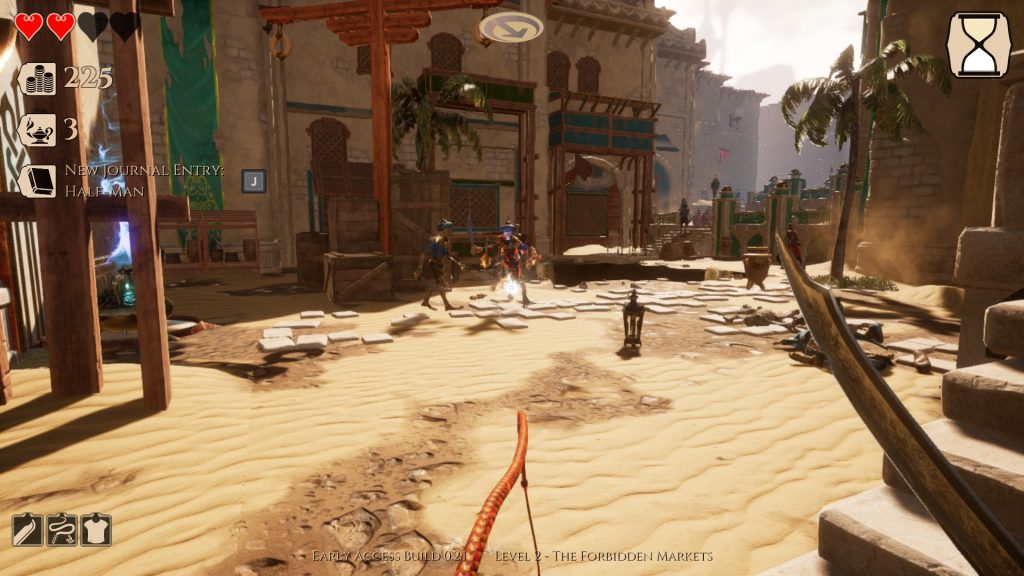 Okay, Guardian 1 tripped? Check. Flaming lantern nearby ready to chuck at both of them? CHECK.

Picture it: A big, open area. Traps, explosive vase, flaming lanterns, and, of course, a variety of enemies litter the area. Each enemy has different weaknesses and strengths, but nearly all of them will die to the humble trap. Then again, the traps also damage you, and, in the case of the spiked pitfall trap, outright kill you if you fall in. Here, a few Cursed Souls, armless, with head cages that prevent you stunning them with their whip. There, a passel of Guardians, more healthy than both the Cursed Soul and the Undead Merchants, but, until they get shields, you have a lot of options.

Okay, here, whip that explosive vase into my hand. Throw it at the Guardians. Whip the Cursed Souls into some spike traps, or trip them, and hit them twice each with the sword. Set the Merchant(s) on fire, and… Wow, yeah, that worked. That felt nice!

Conversely: Engage in a circle strafe sword fight with the Guardians, and… AGH, that Cursed Soul stunned me, a Guardian hit me, run away, pick my options, and… Wait, how did I forget that pitfall, AAAAAAAGH, start again! 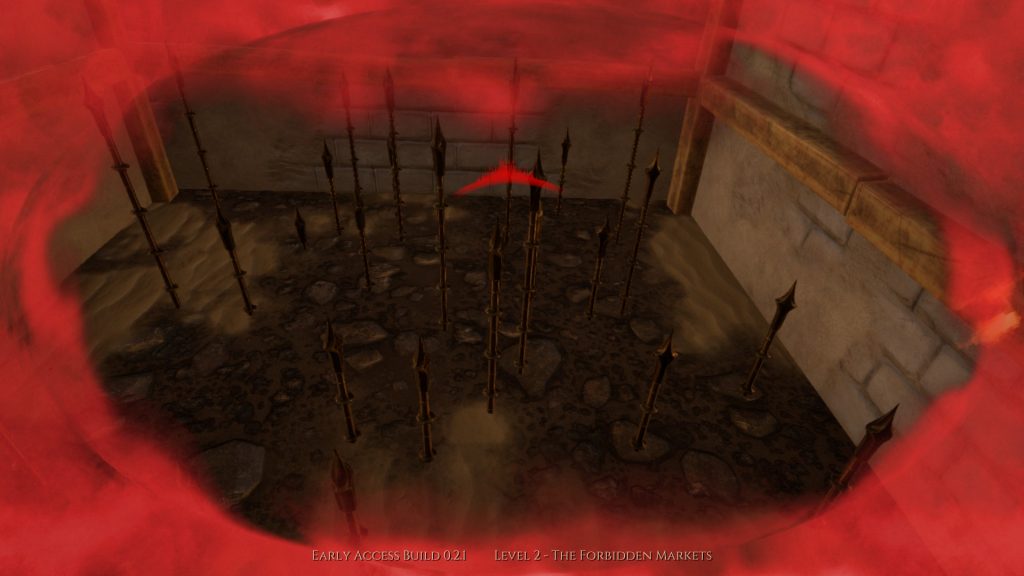 The alpha nature of the game, to this point, is mainly showing in the balance. Health is very hard to come by, and item options are slim on the ground. Does that make it bad at the present time? Not really. Your whip has some possible options, but remains a whip, and it’s extremely useful. Your kick never changes, and is situationally useful. Your sword is not for button mashing, because it’s slow to swing, but since not a whole bunch of enemies (Mostly Gatekeepers, the bosses) take more than 3 swings that connect to kill, it still works, and its options can completely change combat style (from a cudgel that does only heavy knockback, not damage, lighter and heavier swords that trade damage and speed, and my current favourite, the torch. Set enemies on fire for damage over time? Yes please!)

It’s also, at the present time, an undeniably pretty game. The city’s gold glitters nicely, from the treasures to the spires, the environments fit well, the visual design of the enemies says a fair bit about them, and nearly everything’s clear enough that you’re only going to miss things while distracted. Which, considering that’s the whole point of traps? Fair. Musically, it works, and the screeches and groans of the enemies give them a little bit of extra character that I like. 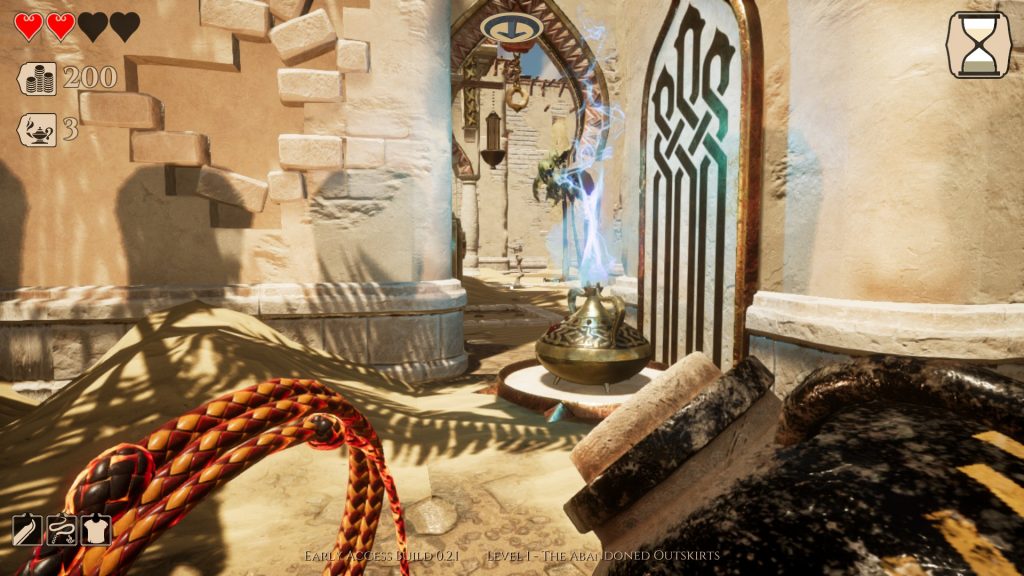 I forgot to mention this, but see that ring up there? You can whip-leap from that. Errol Flynn’s ghost is crying tears of joy.

As such, while City of Brass is still in early alpha, it is a promising start, and I look forward to seeing where it goes in the future.

The Mad Welshman would like to add that playing this game while listening to Rainbow’s “Gates of Babylon” is pretty cool.