Source: Regretted Cashmoneys
Price: £3.99
Where To Get It: Steam

Aaaah, October. That time where games, regardless of quality, have to have something to do with something spoopy. Even if it doesn’t necessarily make any sort of sense. Such is the case with Cards of Cthulhu, a game with cards, yes… But the only Cthulhu related thing I’ve seen has been the title card. Everything else has been some odd combo of anime and metal album memes. And that makes me kinda sad. 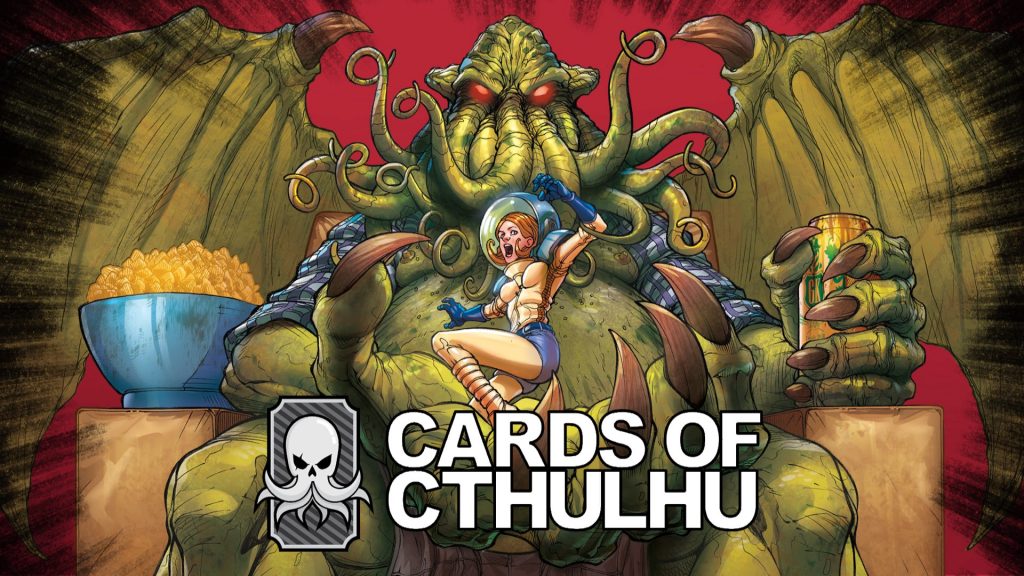 It says something that this title card was actually a little tough to screenshot. It goes by moderately quickly, and with no input on my part. Gee, it feels so worth it to see Popcorn Cthulhu now…

Making me even more sad is that there really isn’t a whole lot to say about the game overall. A biker with seemingly no context (Out of game, the context is “Save your girlfriend.” So yay?) rides along a desert landscape, fighting a series of monsters in increasing group sizes. Most of the difficulty lies in numbers, whether that’s in the damage of your cards (Often reliant on the enemy not having a whole lot of health, or you not having a whole lot of health), or the numbers of each enemy grouping (So far, I’ve gotten up to groups of three at a time.) Numbers go down (once a second on each side, later going up to 2/s on your side with certain enemies), there’s not a lot of interaction, and when each enemy dies, a shader thing happens, and you move onto the next group.

Which would be a good point to mention that, for some reason, this seemingly all 2d game uses the Unreal engine… And I’m genuinely not sure where among the simplistic UI, animations, or canned sound effects this game really needed that.

So, onto the positive. It’s visually consistent. That’s… About it. The UI is ugly (Not cluttered, just ugly), the enemies are either monstrous, Brotastically macho, or have breasts and love to shove them out. Occasionally, there will be damned men being eaten, or women clinging to their legs. It’s all very cliché, doesn’t have a lot to do with Cthulhu, or indeed anything lovecraftian, and isn’t particularly horrific. It’s just… Trying too hard. There’s even a Cyber-Harpy who combos DRAMATIC FORESHORTENING of her biological limbs, while using two of her four cybernetic arms to, er… Show off her chest and/or try to lick it? 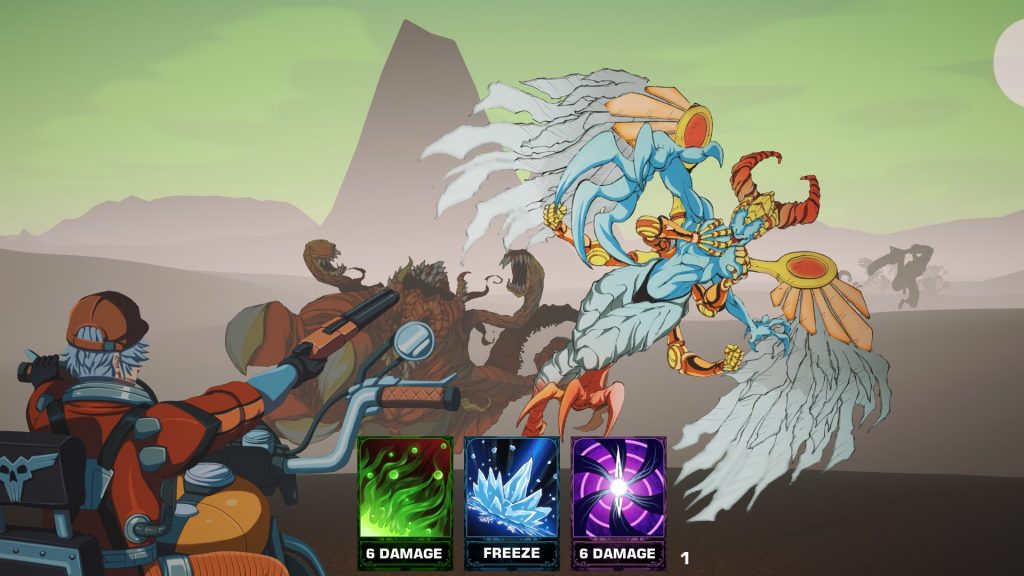 Meanwhile, the attack cards (Your main actual interaction) are bland as hell. Oh look, here’s the ice card. You can tell, because it has ice on it. Same with the Burn card. The Venom card is green, and has smoke and bubbles. That’s how you can tell it’s poison. And from there, it doesn’t really get any better. Here’s some swirly things for a time bomb. And what they amount to, once they’re played, is a bar counting down at the top of the screen, a canned sound effect, and maybe an explosion at the right moment.

Oh, and let’s not forget it calls itself a roguelike, perhaps because it thinks that’s fashionable, or that there is meaningful procedural generation here. It’s not really a roguelike. It’s not even a rogue-lite. It’s a game which unlocks more content the further you go and/or the more you die. And that content is basically cards. It throws you straight in, not giving a whole lot of time to appreciate the title card, and once you’re in, it’s over anywhere between 5 minutes and half an hour later.

So, if you’re looking for a low input quickie to play, and really like the artstyle of monsters you’re going to see again and again and again, then maybe this is… A buy? But honestly, I’m seriously struggling to work out where the appeal is here. And this is from someone who likes metal album monsters. 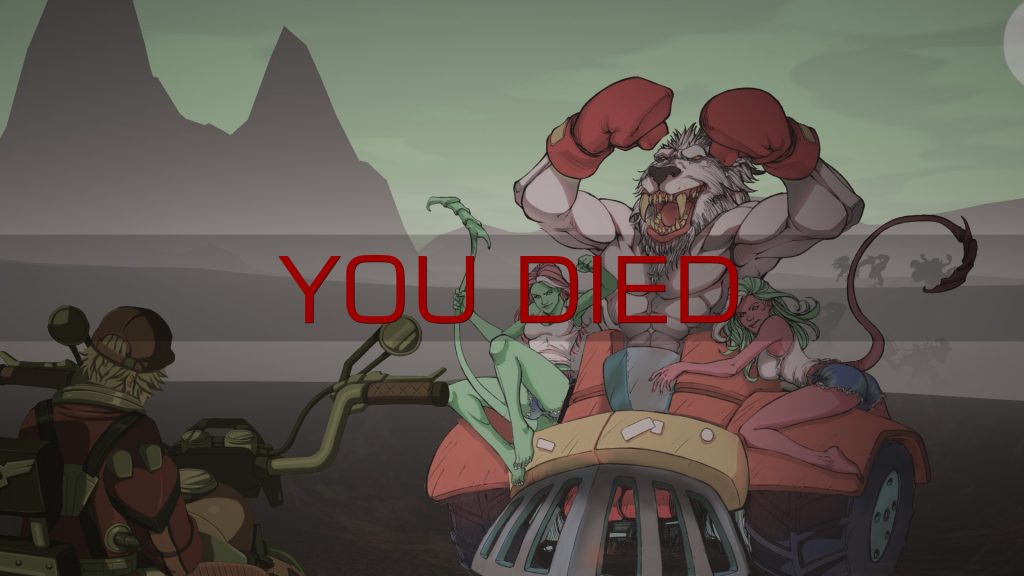 You, er, ride on free, Boxing Sabertooth on an Iron Horse…

The Mad Welshman is, secretly, a cybernetic whip wielding Chihuaha surrounded by Escher Women For Cthulhu. But don’t tell anyone.