Diaries of a Spaceport Janitor (Review)

Skulls. Why’d it have to be skulls? Of all the spaceports, in all the universe, there had to be skulls on this one insignificant rock in the asscleft of the galaxy. God-damn, I just wanna get off this stinkin’ rock. Such is the main, stated goal of Diaries of a Spaceport Janitor: Get rid of Cursed Skull, maybe get off the planet. 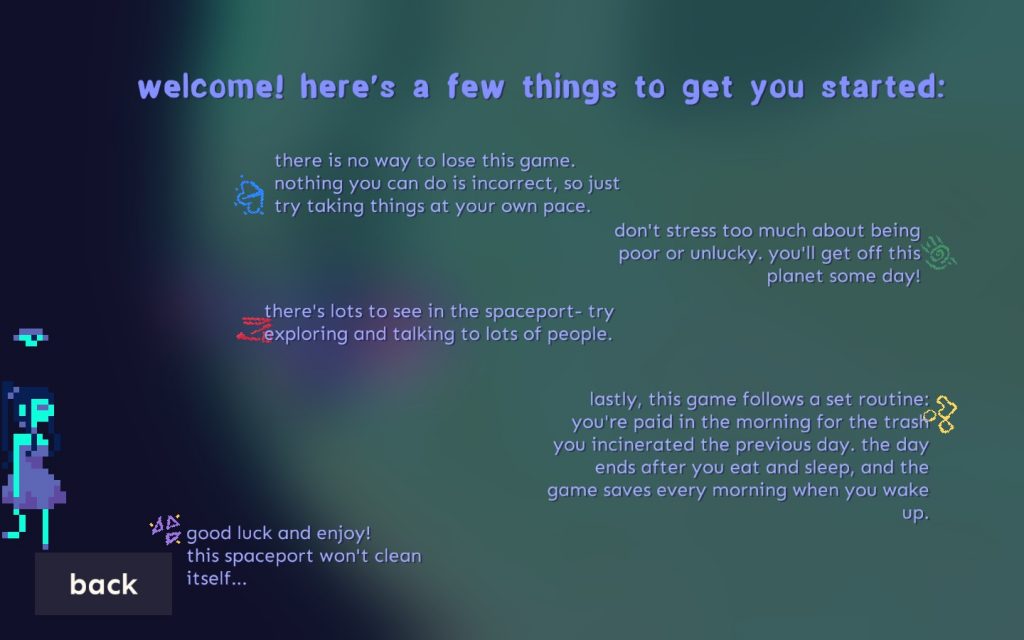 One thing I like about this game is that the tutorial is relaxed. Take your time… You’ll need to.

And how it does it is interesting, if not for everybody: Grind. It’s quite clearly deliberate grind, and in its way, it’s soul crushing. Get rubbish. Maybe find a better deal on rubbish. Incinerate other rubbish, until you can’t anymore. Maybe have enough money to eat, or pay for the gender shifts (Including that most well known of gender choices, Susan Sarandon) so you can sleep and be well. Generally don’t eat garbage. Propitiate all the deities of this alien world so you can get their idols. Sleep to recharge your garbage incinerator, and get paid a pittance.

Meanwhile, you don’t really know your way around, and even getting home can sometimes be a struggle if you’ve gotten turned around. Everyone’s got some kind of angle, from the container obsessive next to that dungeon that kicks everything off, to even the Cat-vangelists that hang out and sing loudly and cheerily every now and again in service of their goddess. But to get anywhere, you have to find those important clues and details from people. And every day, you’re going to go home bone tired, and feeling less lucky than you were before. 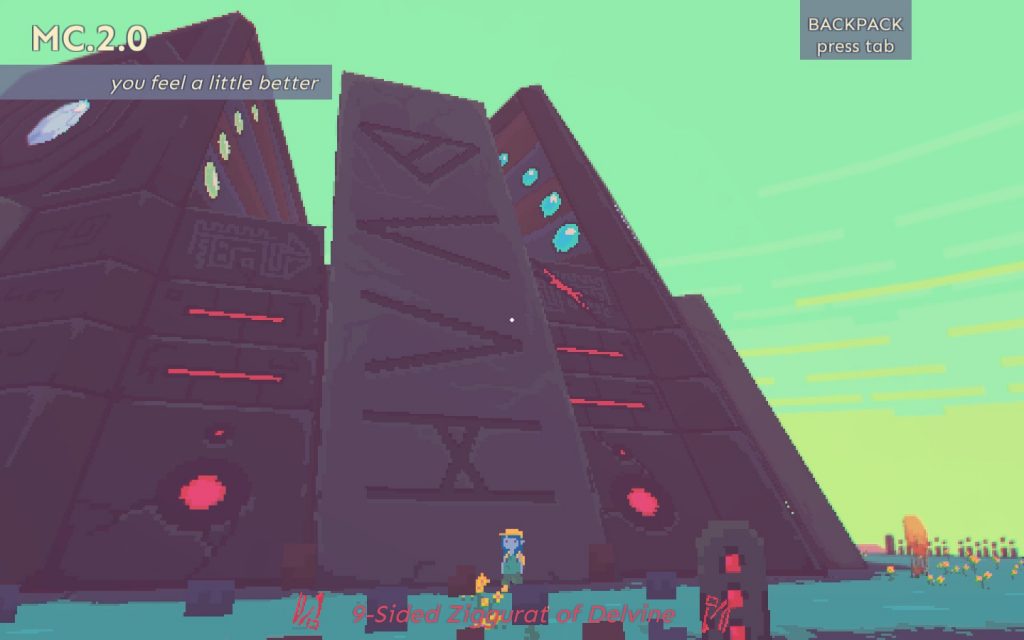 The environments make use of the low fi aesthetic very well.

Welcome, in short, to being an alien on a low paid job in a capitalist society. The cursed skull is just rubbing it in at this point. And the game does a good job of keeping that mystery, that sense of being out of place, and largely unwanted. The police will occasionally hassle you, for no good reason beyond the sense of their own power. Nobody will lift a finger to help you without something in return (Something that, often, involves rooting through garbage.) And you’re sometimes too poor to even get healthcare or food when you get sick… Better work harder, because there’s no handouts in this alien spaceport.

But, surprisingly, the game is pretty chill. Walking through the lo-fi environs (The developers even reference this in their graphics settings, which are Bad… and Worse) , until you hit one or more triggers (Night-time makes you sleepy, for example, and running out of garbage incinerator energy seems to bring this on faster), you can wander to your heart’s content. You can start to get a feel for the spaceport, where the shrines to various gods are (Including your patron deity… Mine being the enigmatic Orb of Curses, Sprence. I mean… Orbs!), and, most importantly, where various food and gender shift boxes are. 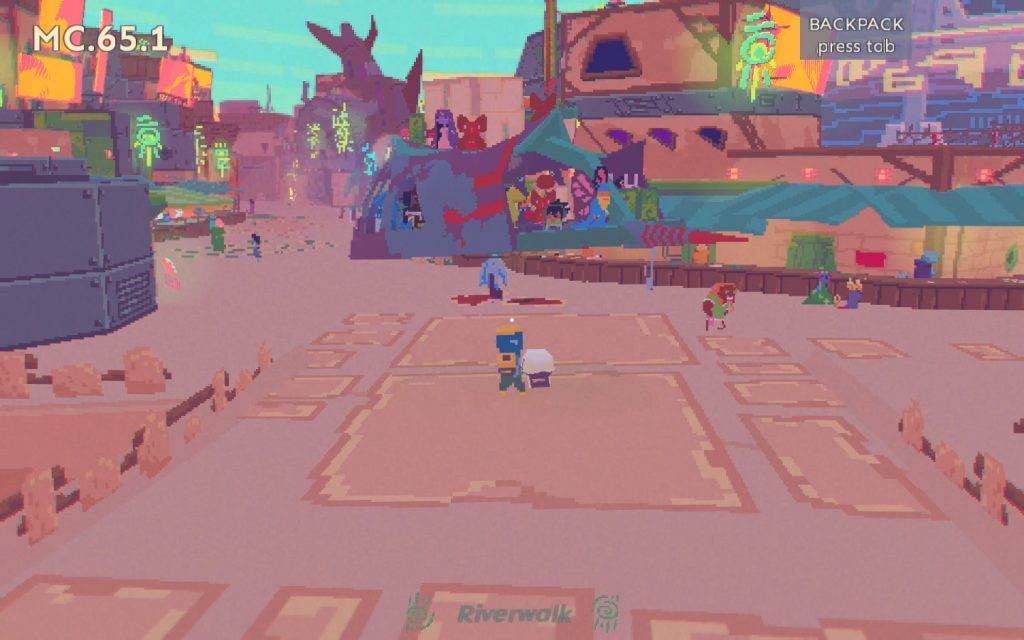 At the time of this screenshot, I still had no idea where the shrine to my own deity was. Turns out it was just around the corner.

But of course, it takes time. Everything is going to take time. And a lot of hard work, of scrimping and saving, avoiding the attentions of the constabulary, avoiding ill health… Welcome, in short, to a game about being the underclass, the marginalised. That’s Diaries of a Spaceport Janitor.

The Mad Welshman felt like a change. Actually, he needed a change. But he couldn’t remember where the nearest Gender Shift booth was, he was out of money, and he was sleepy. Shame, he really wanted to identify as Cary Elwes. Just for a bit.