Source: Cashmoneys
Price: £8.99
Where To Get It: Steam
Other Reviews: Early Access

Well, last time I looked at Bombslinger, I would be embarassed to die to the bosses, and often died to the enemies. By the time of release, however, things have gone back to a more natural order of bosses being more challenging than enemies. And what a set of bosses it is… 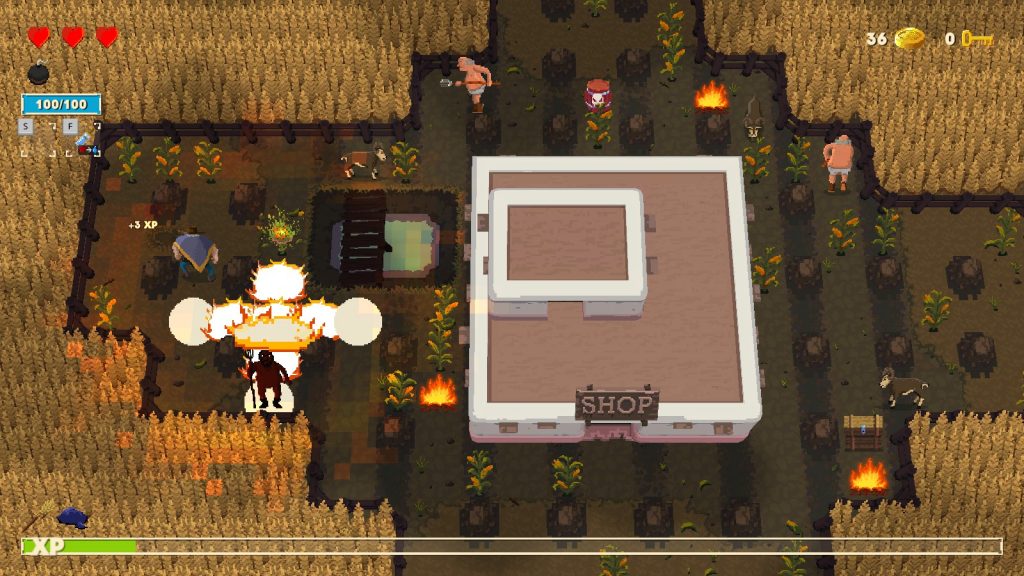 Ahhh, the sweet smell of nitro in the morning…

Bombslinger, as noted in my Early Access review, is a spaghetti western inspired procgen Bomberman style game. The basic idea is very simple: You have bombs, which hurt both you and the enemies, and clear terrain. Blow up enemies, collect powerups so you get more bombs, health, speed, and bomb power, ensuring you don’t die. Get to the end of the level, blow up the pattern based boss, go to the next level with more difficult enemies and bosses, until you win or die. Easy.

But Bombslinger adds a little extra, a little variety with its roguelike elements. On top of Bomberman style staples available like Big, Extra Splodey Bombs and remote detonation bombs, there are powerups that let you dodge roll, let you leap obstacles, and even ensure that those pesky obstacles are no impediment to your explosive revenge on the folks that killed your wife (Yes, like a Spaghetti Western, it’s got a story that goes some of the same places a Spaghetti Western would have, for good and for ill.) Some of these powerups are available at the beginning of a run, based on previous achievements (thus adding some incremental improvement in there too.) 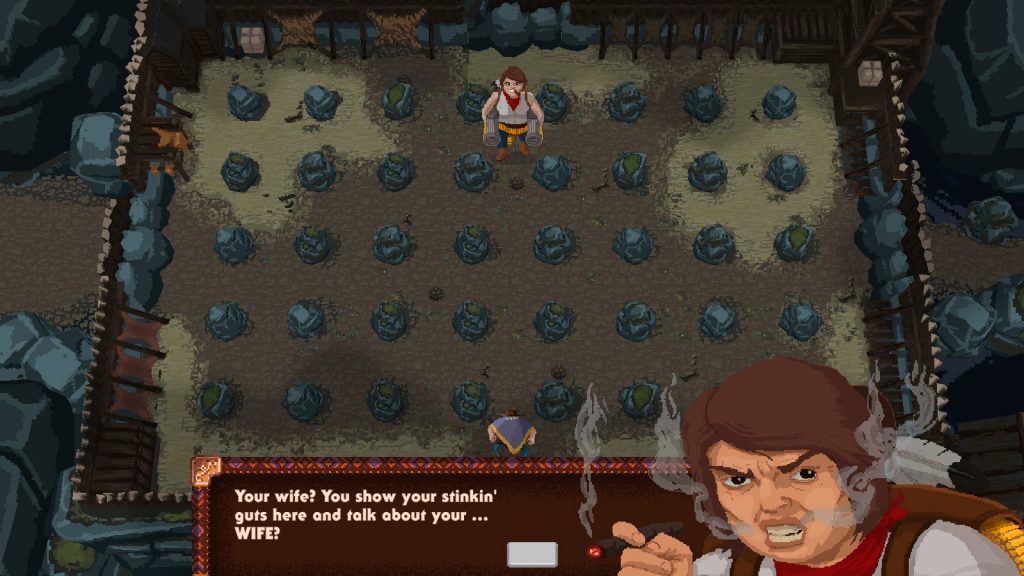 For some odd reason, I’m thinking of Wolfenstein right now…

While some things (such as the earliest enemies being more tedious than tense or tactical) haven’t changed, the bosses have definitely improved. While the Firestarter boss is still heavily pattern based, he’s more threatening, getting more dangerous the closer he is to death, for example. The UI remains pretty clear (although the keybinding is a little odd, the clarity helps remind me what’s a special, what’s a consumable, and what’s an ability), the aesthetic is interesting (Essentially, it’s 2D sprites in a 3D space, as shown when you enter the shop, done smoothly enough that it’s only really noticeable in the shop), the music is quite nice, and, overall?

Bombslinger does nice things with its mechanical inspirations, and is well worth a poke for Bomberman fans. 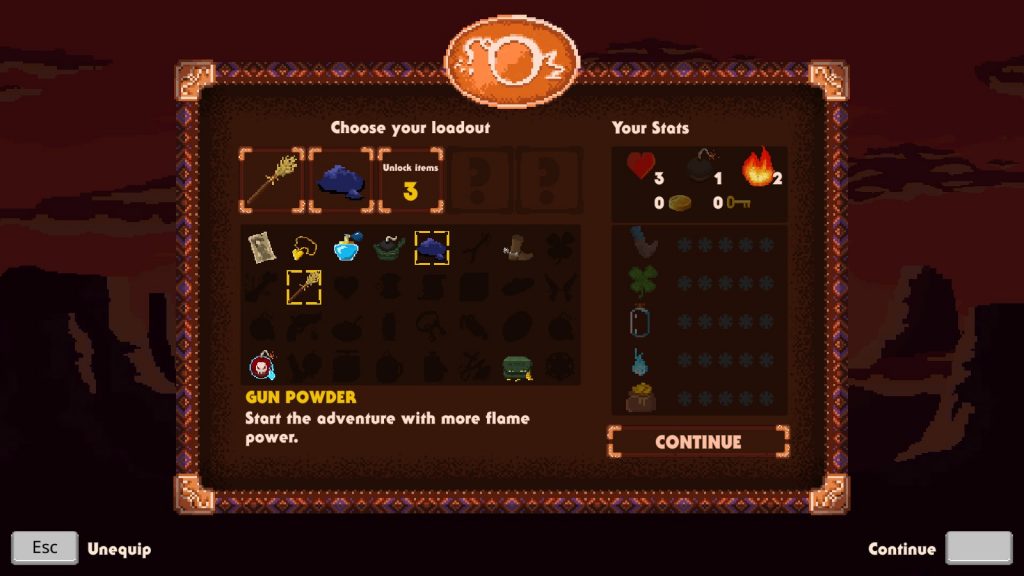 The broom, while technically useless, does save a little time.

The Mad Welshman is a big fan of the old cannonball bomb design. It has history.