Feel is a very important thing, from the feel of movement, to the feel of fairness. Like Vagante, which I reviewed, Catacomb Kids is dark… Has plenty of instant death traps… And mixes roguelike and platformer. But, unlike Vagante, Catacomb Kids feels more fair, more fluid, more fun. And it’s not even finished yet. 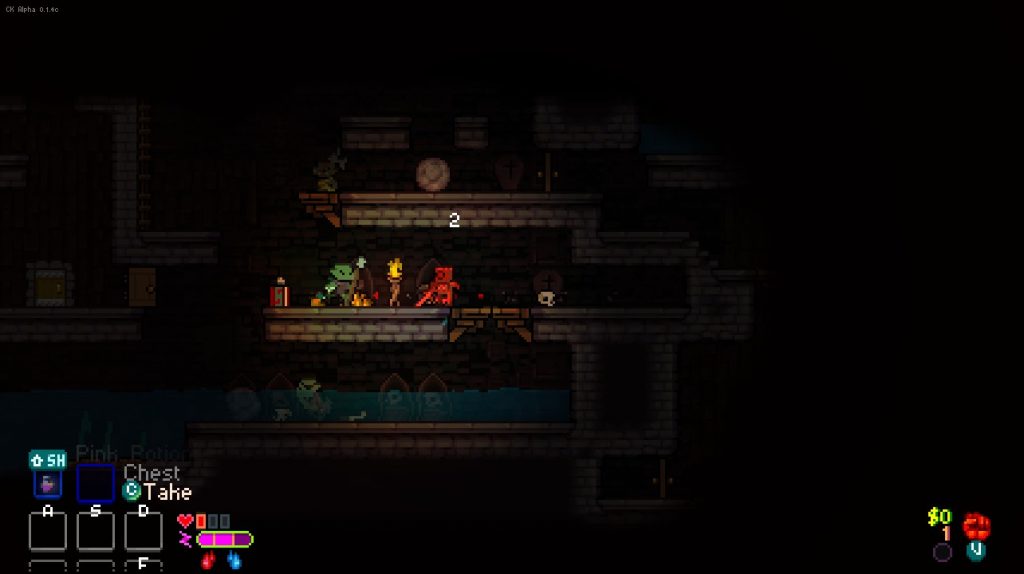 A hectic, joyful combat, just seconds before I combat-identify… A potion of flames. MY BAD.

So, how does it feel better? It’s a lot of things, adding up. Combat, for one, is somewhat easier. Yes, there’s rolling, and even bats and rats can harm you, but healing is fairly common, swings are mostly rapid, and there’s a sense of impact to even lighter blows. Magic, similarly, is very common, and can even be used by the most magic averse (with some risk.) More intelligent enemies run away, find friends, and even use potions, which makes it feel like, y’know, a living, breathing place. The traps still kind of suck, but I rarely find myself knocked back into spikes for an instadeath or the like.

No, more commonly, it’s the panic that results from rolling into the “SNAP” of a burning oil trap… Ohgodohgod the oil’s pouring, and if I do-FWOOSH. Dead. It’s quite avoidable, much like everything, and the signposting is there (the ceiling spike traps being the least signposted, the lava and crusher blocks the most.) But it’s a scary trap, and this, too, adds to the feel. 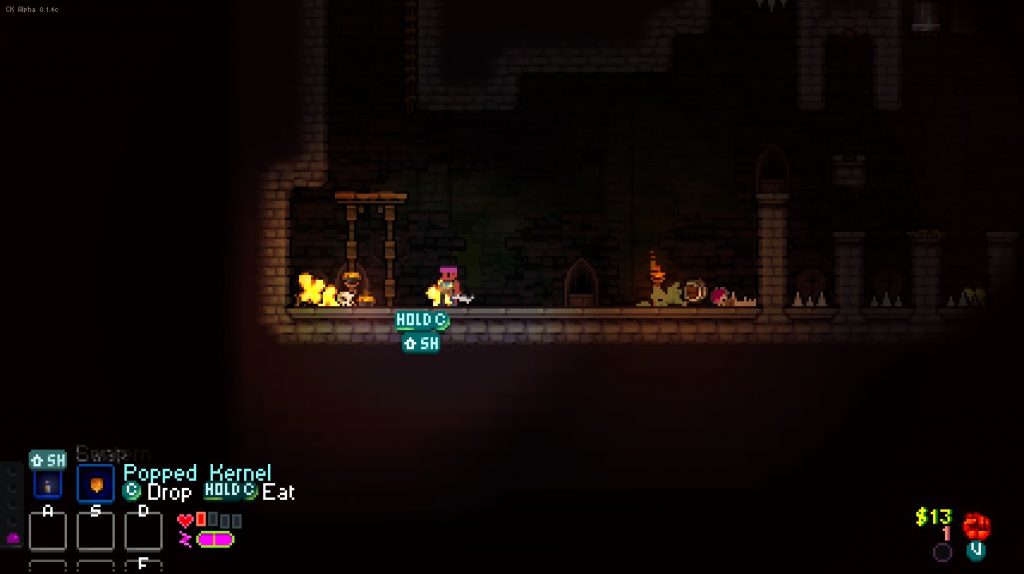 Popcorn also adds to the feel, in a pleasant way.

At the present time, the four classes appear to be locked in: Bullies, who can willingly alert nearby enemies and specialise in hitting things rather hard; Tinkers, who have a mechanical buddy for assistance, and are generally quite smart; Poets, also quite smart, but specialising in magic; and Wanderers, who can get an idea of their surroundings well, and specialise in being quick. Kids in each class are generated by set, and there’s a lot of choice in rolling a new character, from spending a little money to roll a new random Kid, spending a fair amount of money to make a custom kid who maybe, maybe, has the skills and equipment to do better than you did, to spending no money at all, and sending these poor, adventuring young adults to their doom, getting a new set when you exhaust the current one. Since each class is only limited in weapon use by things like wanting to use a weapon they like or have skill with, or not wanting to use a weapon they don’t like, and therefore suck at, there’s a lot of room, a lot of potential depth, in each run. And I like that.

The base tutorial for the game is good, but it should be noted that the character customisation screen isn’t terribly informative right now, so it’s a good idea to memorise those icons, checking what they do in play, before taking the leap of a custom Kid. 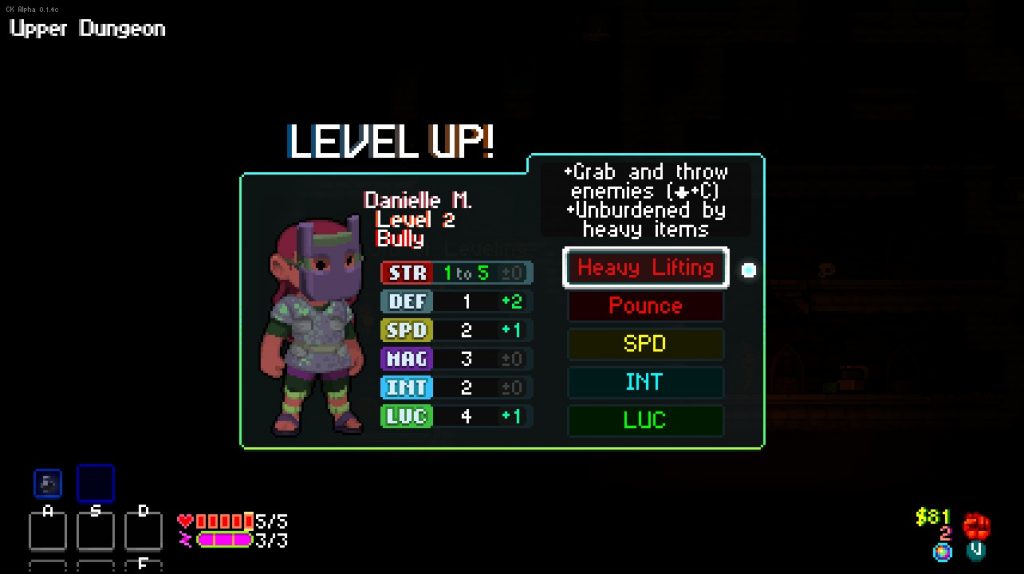 Visible representation of kit is pretty good, both in portrait and in the game.

That niggle aside, though, I’m having a lot of fun with Catacomb Kids at its present stage. It’s got a lot of tension, but not so much pressure, a fair amount of toys in the toybox to play with, and to see it so enjoyable, so early pleases me.

The Mad Welshman sometimes feels like a slime. Alas, no takeout in this world offers the good stuff.