Programming within limitations has always been an interesting exercise. Take, for example, a robot. Give it some limited options, such as moving forward, turning, picking something up, putting something down, or hitting a button, and then limit it to a certain number of instructions (With some ability to bring things down to functions, which can be used in place of a smaller set of instructions repeated.) That’s the basis for AlgoBot, a game by Fishing Cactus. 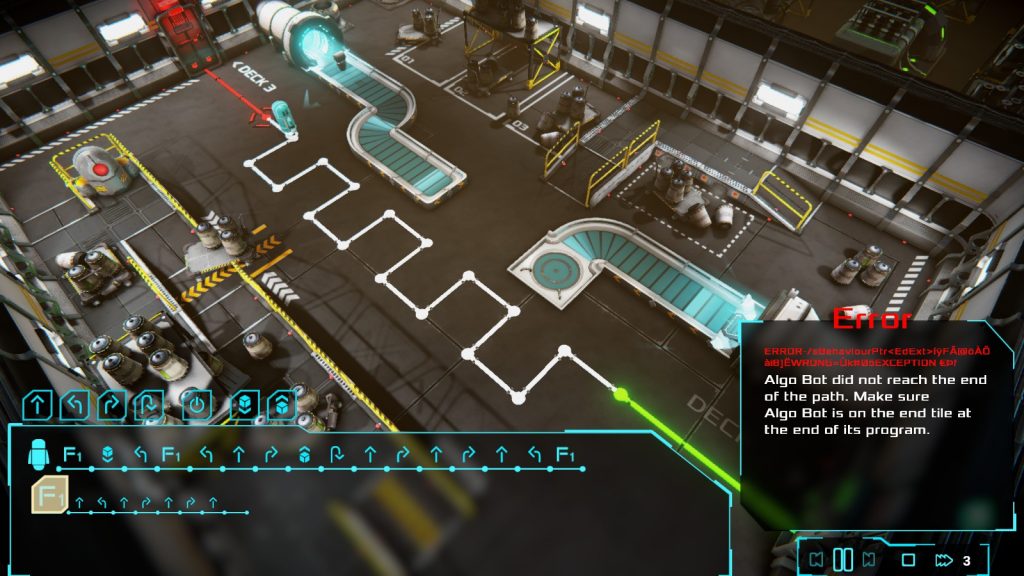 And it’s not a bad basis for a game at all. There’s a certain pleasure in solving the problem as ideally as possible, and another, entirely different kind of pleasure in solving a complex problem at all. Providing you’re teaching well as you go along, you can add complexity, more things to do, more challenge to it all. This, too, Algo Bot does well. Starting with simple commands, it moves onto functions, teaching you that if you want something done well, isolating the most repeated instructions saves time and frustration. Then another function, more instructions, so on. It does so with a good, clear UI, some nice futurist designs for robots and belts and buttons that clearly identifies every element in your mind. So far, so good.

If this were the end of things, having a good learning curve, a nice, clear aesthetic, and an interesting idea, this would make it a damn good game, and another entry into the Hall of Does Exactly What It Says On The Tin. There are, however… Niggles. Little annoyances. For example, instructions cannot be changed while the program is running, even in the step by step mode, so the trickier the puzzle gets, the more you’re having to play the whole thing through, painfully, to identify the problem. That the speed option resets after each playthrough, equally, is a niggle. 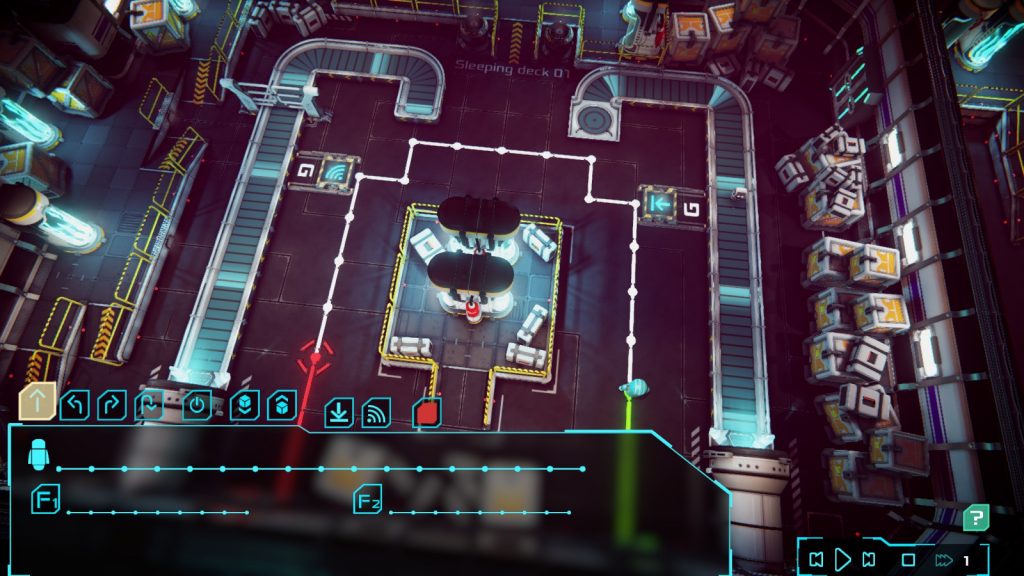 Sometimes, thankfully, the simple solution really is the one you’re looking for.

Nonetheless, I enjoy the futurist aesthetic, from the tunes to the clean, expressive robots, and the comedy of errors that is the story. In closing, I only have this to say to my robot PAL: Only a poor workman blames his tools.

The Mad Welshman has deliberately chosen screenshots where he wasn’t actually that close to a solution. Just so you know.