Wartile is, on paper, a great idea. Aesthetically, it is, at the very least, interesting. It takes clear direction, and some good planning, to so accurately replicate the feel of a tabletop diorama. And very pretty ones at that. But I’m going to let you in on a little tabletop secret: Beyond the cost and craftsmanship required to make said pretty dioramas, the main reason they aren’t used a whole bunch is because it’s a pain in the ass to move models around them. The prettier they are, the harder this is to do. 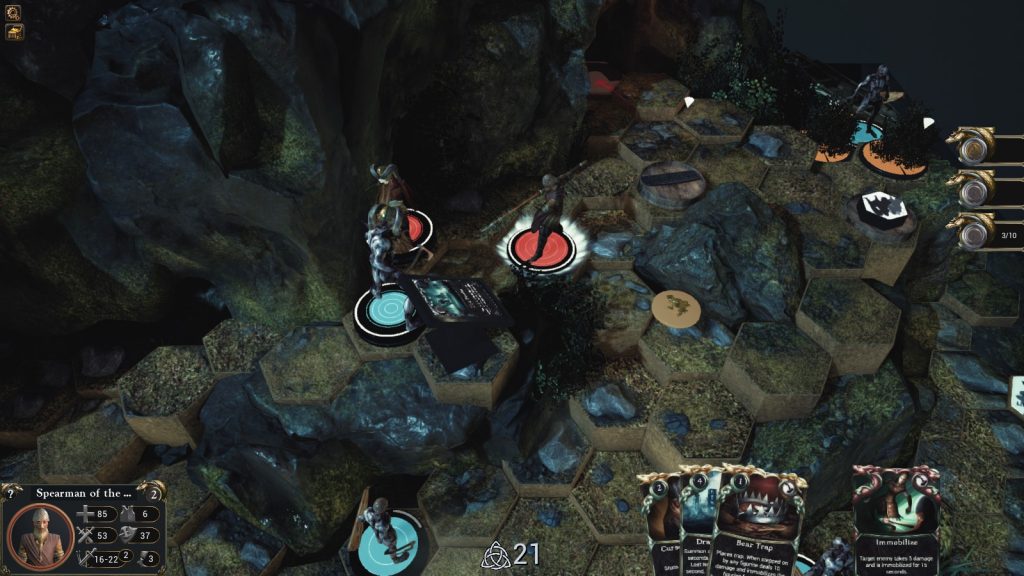 Similarly to trees, counting the rings reveals the experience of an enemy.

That this, also, is faithfully recreated is the first of Wartile’s problems. In fact… A lot of what feels unfun about Wartile is that very faithfulness to its inspiration. Let’s unpack that a little. Anyone remember Hero Quest? Or Space Crusade? Ahh, the heady days of proto-GMing, having a nice, dramatic blurb to read out, and then… Moving figures around the board to obtain simple objectives, like “Kill the Genestealer” or “Find Room X in Y turns.” Ahh, the grand stories that te- Ah. Yes. Was a bit basic, wasn’t it? And without the enemy cards to let you know precisely what bad news those Androids were, they were basically plastic white skullmen.

And so it is, to an extent, with Wartile. It’s taking from a rich tapestry of norse myth and creatures, but it can be a little hard to appreciate because, apart from some card abilities, they’re basically “Enemy, whack automatically [preferably from higher ground] until dead.” It tries to spice it up, even early on. AMBUSH! Yup. Yup. Two more enemies. Cool. Here, it’s not so much the individual animations (Which are fine), or any lack of impact (The enemies do react, although not always consistently) , but the fact that, beyond placement, and some card abilities (The less of which you use, the better your tactical score, and thus your money at the end of each mission), combat is very much a case of watching animations and timers go by. Turns are, you see, automatic, so enemies will move every X seconds, you’re allowed to move every X seconds. Picking a thing up? Be close enough, click. Destroying an object? Place near enough, wait. 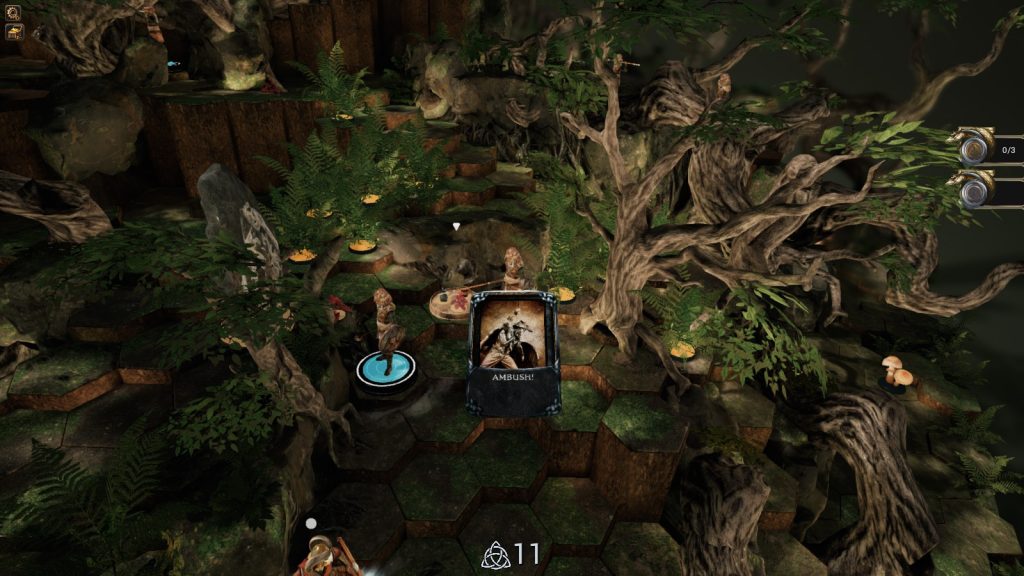 “If I can just… HNGH… Reach under this tree, I can take my turn!”

Objectives, meanwhile, are nearly all some variation of “Collect X [sometimes plural], bring to Y”, “Kill D”, “Destroy Z”, or “Get to P” … Just like those older board games. It does get more tactical, at times, but… Yeah. The interface varies between being reminiscent of a tabletop game in progress (If, you know, you had rich tabletop friends with big-ass tables), and pictures from a tabletop magazine, complete with workmanlike, functional text paragraphs.

So, on the whole, Wartile does exactly what it sets out to do: Recreate a tabletop experience, albeit with some computer unique touches. Oddly, that’s exactly the problem… That, if anything, it does too good a job. 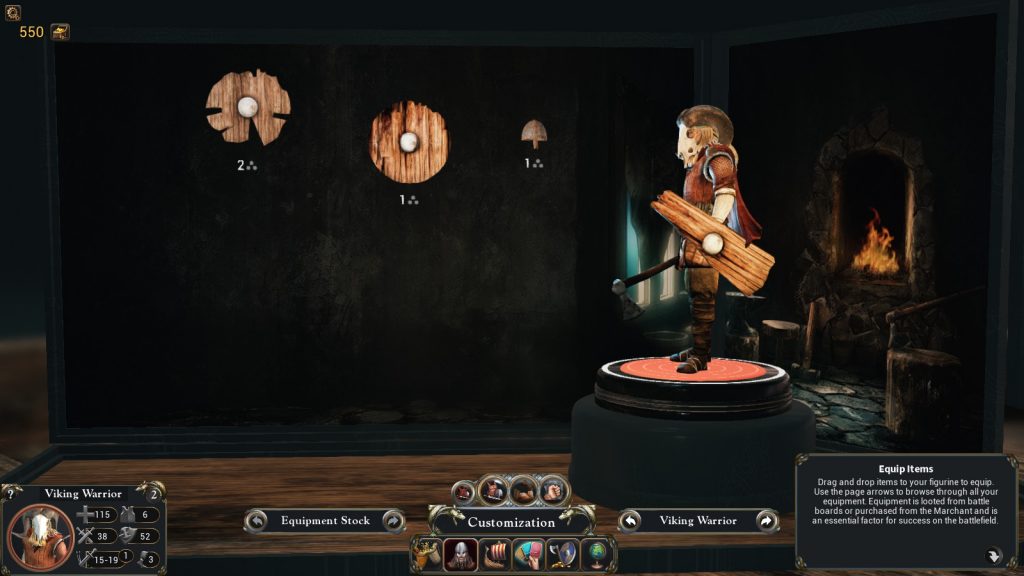 Ah… Fond memories of being told about a campaign’s Visrep rule. Strangely, I wasn’t allowed the twelve heavy guns my character owned…

Which is a hell of a thing to have to say.

The Mad Welshman is a nine ring creature, medium sized, with dual enchanted handaxes. Just so you know.